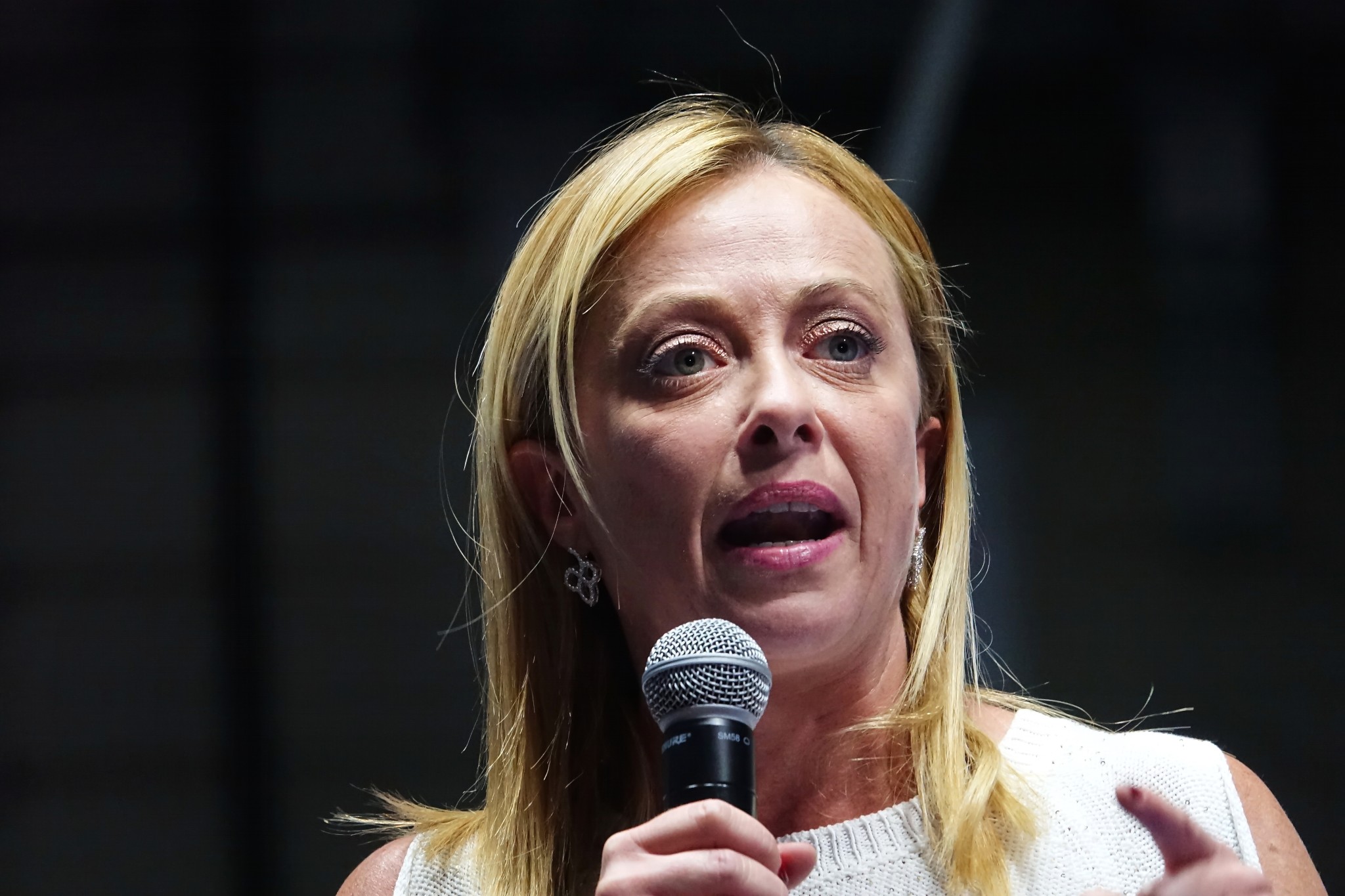 Another judicial nominee, Brian Buescher of Nebraska, was questioned about the extremism of the Knights of Columbus, of which he was a member.

And now the anti-Catholic liberal elites at the Economist have targeted Giorgia Meloni, who will likely be Italy’s next prime minister.

The lead story in the Economist is “How afraid should Europe be of Giorgia Meloni?”. “Liberals shudder,” the article begins, as Italians are likely to elect “the most right-wing government in their country’s post-war history.” Meloni’s political party, Brothers of Italy, according to the Economist, “has its roots in neo-fascism,” a term that liberals increasingly use both in Europe and the United States to describe their political opponents. In the United States, liberals accuse former President Donald Trump and his supporters of being “fascists” — whether it’s mothers at school board meetings who complain about critical race theory and the sexualization of their children or “white Christian nationalists” who supposedly pose a threat to democracy. Meloni, who proudly describes herself as a “Catholic mother,” and other Brothers of Italy party members are, the Economist writes, “strongly committed to Catholic values.” In speeches, Meloni “hammers away at illegal immigrants and ‘woke’ ideology,” apparently two sins of devoted Catholics. And, horror of horrors, she “may tangle with” the European Union — apparently another Catholic fascist policy position.

On CNN, Jake Tapper and French President Emmanuel Macron recently accused Meloni’s party in Italy and other “populist nationalist” parties in Europe of neo-fascism and racism, and of being a danger to democracies — even if they are democratically elected.

The ever predictable Atlantic magazine called Meloni’s likely election “the return of fascism in Italy.”

While the Guardian refrains from calling Meloni a fascist, it worries about her support for “regressive tax cuts” and her “nationalist anti-immigrant and anti-refugee rhetoric . . . and anti-EU anti-euro narratives.”

In February, Meloni spoke to the Conservative Political Action Conference in Florida, where she warned, “Everything we stand for is under attack. Our individual freedom is under attack. The sovereignty of our nation is under attack. The prosperity and well-being of our families is under attack. The education of our children is under attack.” She criticized “so-called progressives” and “their mainstream media,” who want conservatives “on a leash.” According to the National Catholic Register, Meloni decried “unchecked illegal immigration, ‘cancel culture,’ ‘woke ideology’ and European Union bureaucrats.” Meloni criticized the EU for distributing a report that urged countries to be inclusive by removing “references to Christmas, Jesus, and Mary.”

Many American Catholics, like Meloni, worry about unchecked illegal immigration, woke ideology in our institutions, liberal cancel culture, and the erosion and outright mocking of traditional Catholic values. The increasing liberal attack on Catholic values led Jonathan Culbreath to conclude that “the Catholic Church is now the number one enemy of American liberalism.”

But it is not just American liberalism; it is the liberalism of the globalist elite here and in Europe who equate nationalism and Christianity with fascism and racism. Giorgia Meloni is simply the latest victim of this liberal anti-Catholic zeitgeist.