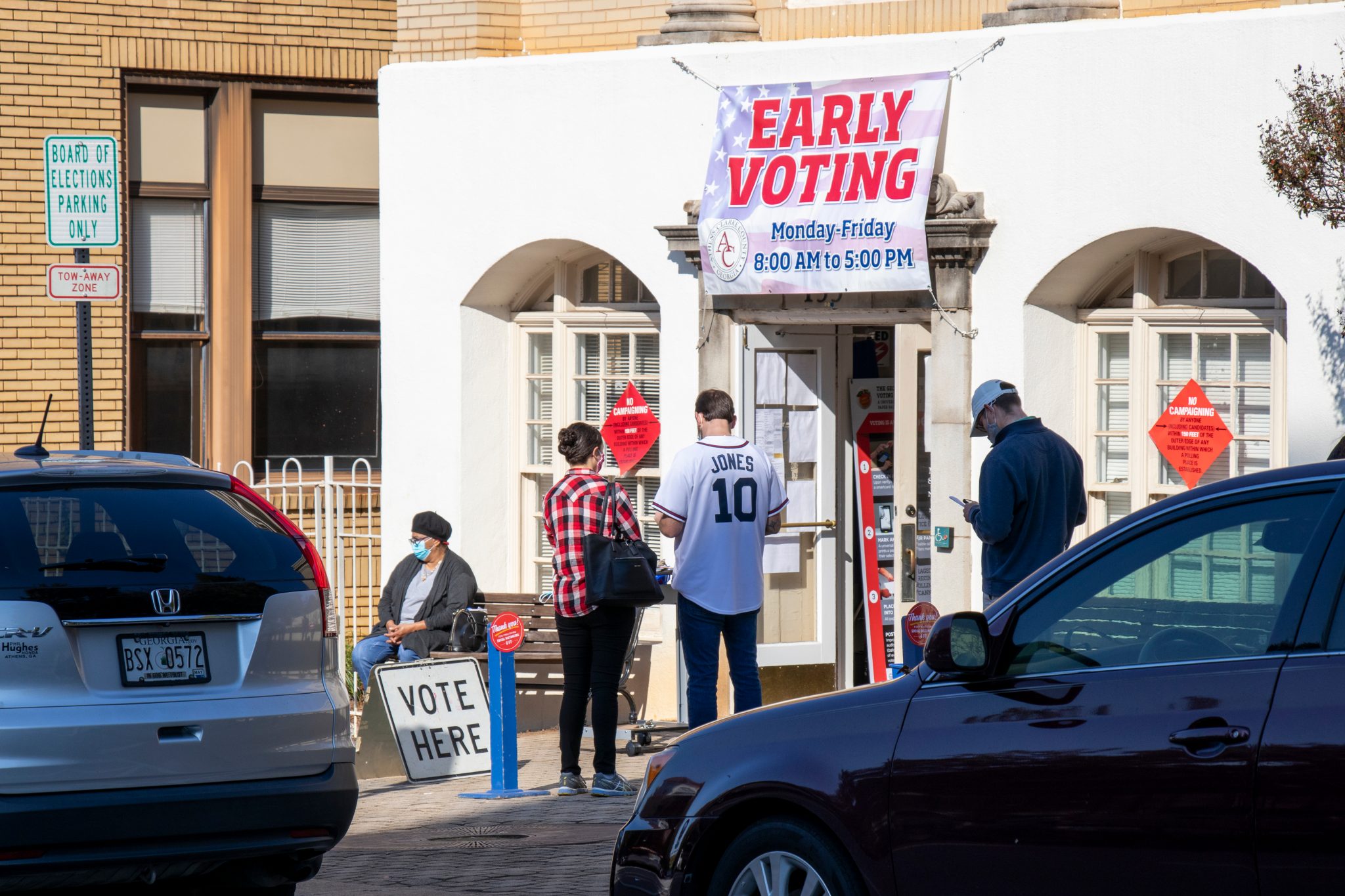 The fact is that 3.5 voters support voter identification laws for every one voter who opposes them.

But the news media and Democratic activist groups are equating voter ID laws with voter suppression. They are doing this at the top of their lungs and their screaming is drowning out the views of the vast majority of voters (75 percent), who “believe voters should be required to show photo identification such as a driver’s license before being allowed to vote,” according to a poll released by Rasmussen Reports two weeks ago (1,000 surveyed March 14-15, 95%, +/- 3 points). “Only 21% are opposed to such a requirement.”

Those 21 percent are creating a hell of a racket and are creating the impression that they are more numerous than they are. We have to decide how best to articulate the majority position.

One way to do that is by looking at the laws.

In Georgia, where I live, the 2020 elections included a vast number of absentee ballots (with signature match, not voter ID), confusion over counting, some places stopping counting for a night (as happened in Fulton County), and confusion and differences in allowing poll watchers from both parties. It was chaos, and many Georgians feel as though their right to vote was neither protected nor secure.

Last week, the Georgia General Assembly passed the Election Integrity Act of 2021, and it was signed into law by Gov. Brian Kemp. Democratic activists lambasted it as a Jim Crow–like law, designed to keep minorities from exercising their right to vote. These activists held press conferences, staged protests, and expressed outrage. But what did the bill really do?

“One of the biggest changes in the bill would expand early voting access for most counties, adding an additional mandatory Saturday and formally codifying Sunday voting hours as optional…. If you live in a larger metropolitan county, you might not notice a change,” wrote Stephen Fowler, a reporter for Georgia Public Broadcasting. “For most other counties, you will have an extra weekend day, and your weekday early voting hours will likely be longer.” Well, that sounds good — not suppression at all.

What about the drop boxes? The drop boxes were implemented under emergency rules made during the pandemic and no longer exist in Georgia law. Under the new law, they are to be placed in government buildings or in advance voting locations so that access to them can be monitored. Why would anyone be against monitoring?

The runoff timeline was tightened. All of us who lived in Georgia during the dual Senate runoffs should be grateful. Political consultants and media bookers will not be grateful, since they will have less time to cash in the big bucks.

Here’s another change: “No board of registrars shall take or accept any funding, grants, or gifts from any source other than from the governing authority of the county, the State of Georgia, or the federal government.” Hmm, you might think, doesn’t the government provide funding for elections? Yes! is the answer. But in the 2020 election in Georgia, government money was supplemented by grants from the Center for Tech and Civic Life. They gave $27 million in grants to various Georgia county election offices. The top four were Fulton County ($6 million), Cobb County ($5.6 million), Gwinnett ($4.2 million), and DeKalb ($4.6 million).

Guessing many people who received a portion of the $27 million might be mad about the law.

Another feature of the bill: “Ballots shall be printed on security paper that incorporates features which can be used to authenticate the ballot as an official ballot, but which do not make the ballot identifiable to a particular elector.” Sounds good to me; I can’t imagine a good argument against this rule.

Biden called the Georgia law “sick” and “un-American.” This is while he is championing HR 1, which would move election control to the federal government and allow same-day registration, no-fault absentees, and absentee ballots to be counted if received up to 10 days after the election. Now, that’s sick and un-American to me.

One of the Democrats’ other rallying cries is over restricting water and food in the polling lines. Hold on — the bill also outlines that the wait lines during the day and after closing should be no longer than one hour, and, in cases exceeding that hour, require that adjustments be made to lower waiting times to an hour. Now, if you’re in line for an hour, you are probably fine. Additionally, the law says that self-serve water can be made available; it just cannot be delivered by people who might very well be electioneering.