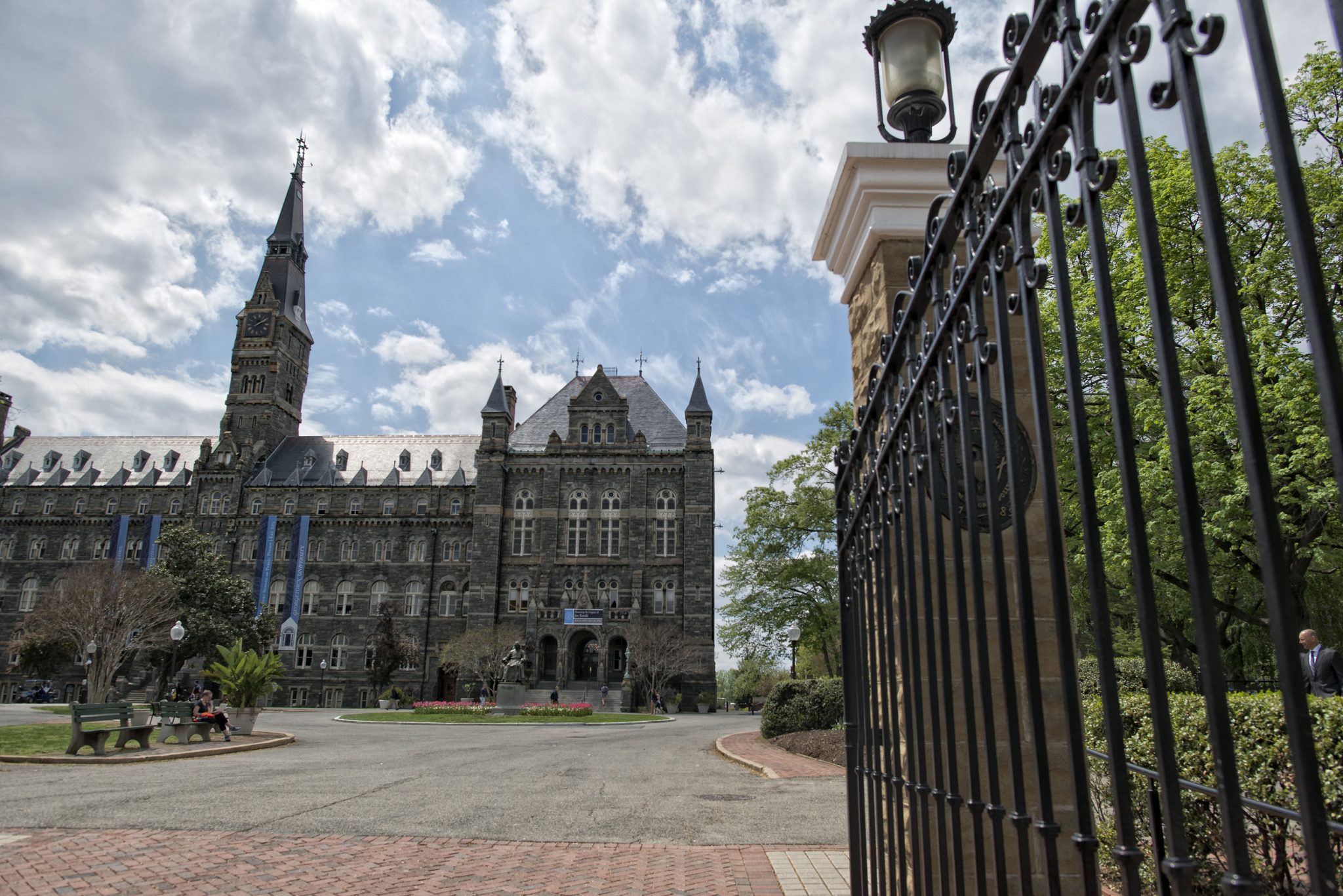 Rep. George Holding (R-N.C.) won’t be retiring from the House until next year, but he’s already left his mark on academe. This past tax day, he sent Education Secretary Betsy DeVos a letter objecting to the Duke-UNC Consortium for Middle East Studies’ (CMES) use of federal Title VI funds for the anti-Semitic performance of a Palestinian rapper at UNC in March. A flurry of communications between Department of Education (DoE) and UNC officials resulted, most notably the ominous August DoE letter detailing CMES’ myriad violations of Title VI regulations.

Almost overnight, the higher education lobby suffered an emotional meltdown, House Democrats expressed their “concern” by demanding a raft of DoE documents, and academics fretted that public support might become contingent on performance rather than privilege.

But the fun may just be getting started.

In mid-December, Rep. Denver Riggleman (R-Va.) joined the fray with his own letter to DeVos calling attention to Title VI abuses at Georgetown University’s Center for Contemporary Arab Studies (CCAS), the school’s Title VI–supported Middle East studies unit. He nails CCAS for its “systemic support for biased, anti-American, pro-BDS individuals and scholarship” that “are not in accordance with the mission of Title VI funds and contrary to America’s national security interests.”

Citing research from the Middle East Forum and elsewhere, Riggleman zeroes in on CCAS professors’ active support of BDS, in clear violation of Title VI requirements to “promote access to research and training overseas, including through linkages to overseas institutions.” Demanding a boycott of Israel is indefensible under these rubrics, yet CCAS-affiliated faculty don’t care. Why should they, given DOE’s decades of hands-off, devil-may-care attitude toward enforcement of its own rules?

As Middle East scholar Martin Kramer has documented, Title VI recipients’ split with Washington’s national security goals emerged in the political turmoil of the mid-1960s. After dodging Nixon’s attempts to end the program (Congress proved to be its savior), by the late-1970s Title VI had become, according to Kramer, “a secure semi-entitlement, backed up by the full weight of the higher education lobby.” Despite cutbacks under the Obama administration and the proposed elimination of funding in Trump’s recent budgets, this professorial perk has remained unscathed — until now.

Mounting evidence supports bringing under control a program whose beneficiaries hold federal law in contempt. Riggleman notes that four professors at CCAS — Osama Abi-Mershed, Judith Tucker, Yvonne Haddad, and Rochelle Davis — are signatories to pro-BDS letters. Tucker, in particular, is singled out for opprobrium. As immediate past president of the Middle East Studies Association (MESA), the umbrella group for scholars of the region, she accelerated what Riggleman calls MESA’s “consistently anti-American, anti-Western, and anti-Israel perspective on scholarship and political issues.”

Tucker also makes her biases clear through her adamant opposition to the Anti-Semitism Awareness Act, designed to help the departments of education and justice “effectively determine whether an investigation of an incident of anti-Semitism is warranted under their statutory anti-discrimination enforcement authority.” Tucker writes that she shares the authors of the act’s concerns about anti-Semitism in the United States, but Riggleman notes that the provisions of the act that Tucker claims sets forth a dangerously “narrow definition” of anti-Semitism include “[c]alling for, aiding, or justifying the killing or harming of Jews,” “[m]aking mendacious, dehumanizing, or stereotypical allegations about Jews as such or the power of the Jews as a collective,” and “[a]ccusing the Jews as a people, or Israel as a state, of inventing or exaggerating the Holocaust.”

CCAS’ biases don’t end there, however. As Riggleman notes, its board of advisers includes several Gulf-state elites whose appointments present conflicts of interest with both Georgetown’s mission to support objective scholarship uninfluenced by foreign interests and Title VI’s objectives of helping secure America’s national security. They include Abdulrahman bin Saud Al-Thani, the terrorist-supporting Qatar’s minister of state, and Turki bin Faisal Al-Saud, chairman of the King Faisal Center for Research and Islamic Studies in Saudi Arabia. The latter follows another prominent Saudi, Prince Al-Waleed bin Talal, whose $20 million gift in 2005 made Georgetown the seat of Islamist propaganda in the United States. Such men thwart rather than help fulfill the original purpose of Title VI.

Examples of thwarting — or, at best, ignoring — the objectives of Title VI funding aren’t limited to Georgetown. Research by the Middle East Forum and others shows disregard of Title VI rules among many recipients, including, among many others, the University of Texas at Austin, Columbia University, and UCLA. Such widespread disregard for the provision’s statutory mandates is inexcusable, not only for its waste of resources but also for the politicized, biased scholarship and teaching that results. That Middle East studies programs harbor professors who advocate BDS or issue apologias for terrorism illustrates the field’s moral and intellectual decadence. That such rot is supported by taxpayer dollars in clear violation of federal law and DoE rules demands immediate congressional and executive-branch action to correct the corrupt status quo. Riggleman’s actions should be emulated by his colleagues regarding Title VI–funded Middle East studies centers in their states, with an additional proviso: comply with the law or lose federal funding.

Winfield Myers is director of academic affairs at the Middle East Forum and director of its Campus Watch project.