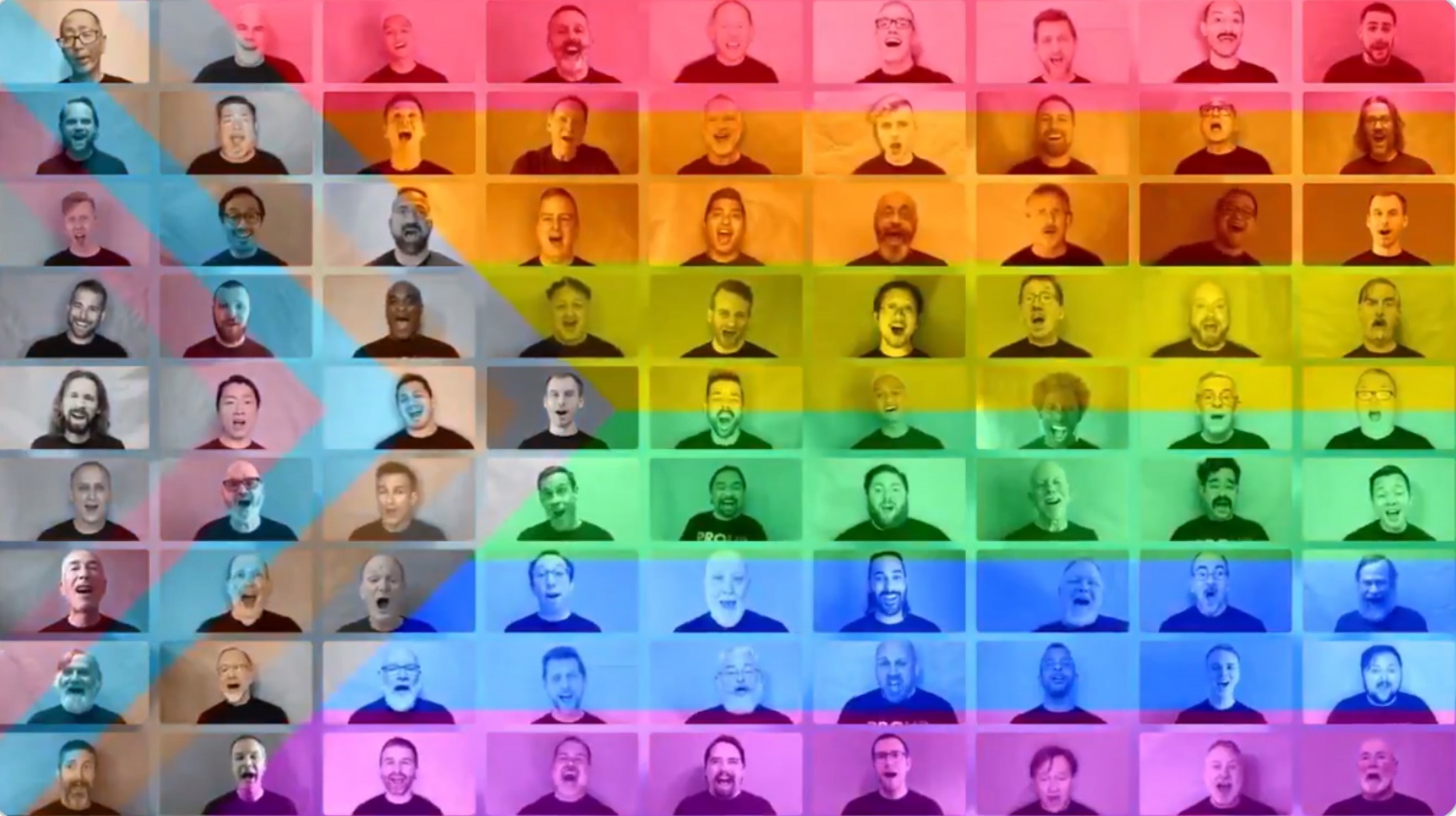 The San Francisco Gay Men’s Chorus released a music video July 1 titled “A Message From the Gay Community” that details their mission of “converting” children.

No, this is not a video from the Babylon Bee.

A soloist introduces the virtual music performance by dedicating the song to progress made in Pride Month and announcing that the choir has a message for those “out there still working against equal rights.”

With a smile, the soloist begins singing, “You think we’re sinful, you fight against our rights, you say we all lead lives you can’t respect. But you’re just frightened, you think that we’ll corrupt your kids if our agenda goes unchecked. Funny, just this once, you’re correct.”

The soloist then begins a duet, with another singer joining in: “Just like you’re worried, they’ll change their group of friends, you won’t approve of where they go at night (to protests). And you’ll be disgusted when they start learning things online that you kept far from their sight (like information).”

The verses slowly build into a boisterous chorus of “we’re coming for your children” and “the gay agenda is coming home.”

The video concludes by flashing LBGTQ flags over the screen.

At the time of posting, the YouTube video reportedly garnered a staggering ratio of only 88 likes and 5,000 dislikes before being made private on July 7.

Both conservatives and people of faith responded with criticism and worry, arguing that the choir is saying the leftist agenda out loud.

Southern Seminary professor and Ethics and Public Policy fellow Andrew T. Walker said, “But remember, everyone, it’s the religious conservatives who spend their day plotting the next chapter of the culture war.”

Ben Shapiro, editor-in-chief of the Daily Wire, reacted to the song, saying, “The radical Left has a very different vision of what America ought to be and the way they are going to achieve this is by changing how your kids are taught. And if you push back on them, then this of course makes you the true threat to the kids.”

The San Francisco Gay Men’s Chorus released a statement on July 8 defending the song, saying the criticisms are “far-right.”

The choir claims that conservatives “have taken the lyrics out of context to support a narrative that suits their intolerant and hateful needs.” The group said the “tongue-in-cheek humor is lost on many,” adding, “After decades of children being indoctrinated and taught intolerance for anyone who is ‘other,’ from using the Bible as a weapon to reparative therapy, it’s our turn.”

They also said the video was made private for the safety of chorus members, as they allegedly received various threats as a result of the video.

This is not the first time the song’s writers have landed in hot water. Playwright Charlie Sohne and composer Tim Rosser, who wrote the controversial song, also received backlash last summer for writing a musical about pedophilic sex slavery.

Their musical, The Boy Who Danced On Air, explored the Afghan practice of bacha bazi, meaning “boy play,” where adolescent boys are kidnapped from families, coerced to dance, and forced into sexual abuse by the hands of older men. The play was accused of romanticizing the custom, with even the Afghan diaspora condemning the glorification of abuse.

Whether the music video was parody or serious, the eerie tone remains. Parents can consider themselves warned.