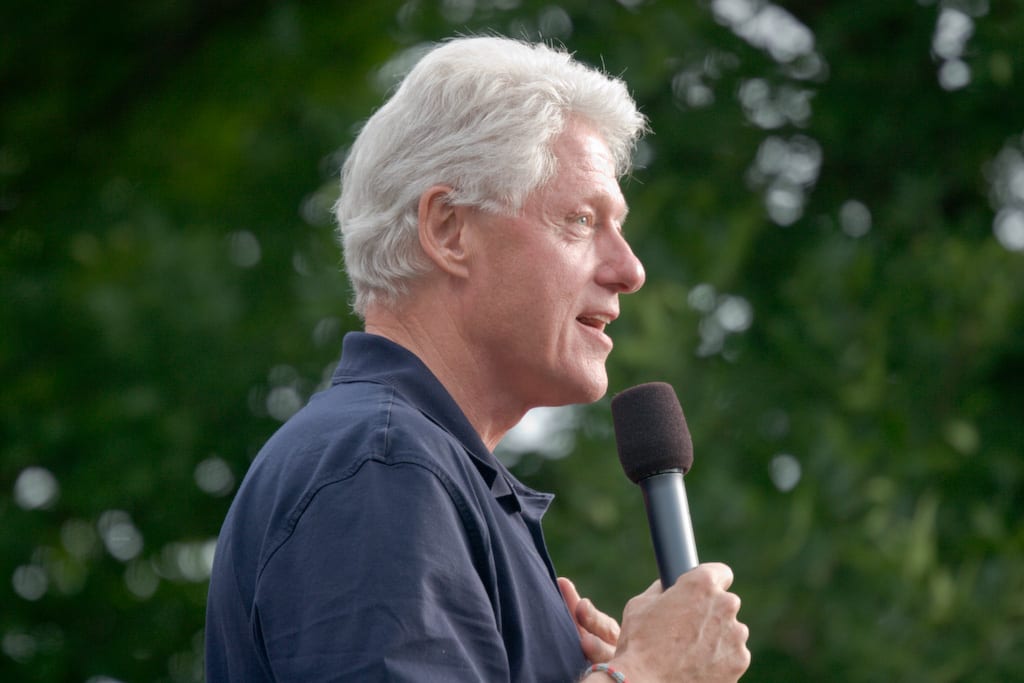 “Scandalous” — that is the name that Fox News has chosen for a multi-part documentary that Fox is airing on Sunday evenings. If you missed it this week, watch it in the weeks to come. It promises a lot of har-hars.

The documentary covers the presidency of… whom else? Well, it could, with a title such as “Scandalous,” cover the presidency of Warren Harding. Instead it deals with the presidency of that modern-day Warren Harding, Bill Clinton — he and his lovely wife Bruno. It begins with the Whitewater scandal. Soon it is covering Troopergate, by which I mean the scandal involving The American Spectator’s unmasking of “Paula.” That is to say Paula Corbin Jones, one of a long line of women suffering the unwanted attentions of Bill Clinton. Fox’s treatment of Paula is not without its errors.

For one, her first name was included in the text of the piece by mistake. This is a matter I have written about before. The American Spectator meant to expurgate Paula’s name. Were it not for our error Paula would have had no reason for suing Bill, and the present hysteria over sexual harassment charges would probably be muted. No Harvey Weinstein or Kevin Spacey or any other friends of the Clintons, to say nothing of ithyphallic Bill.

Moreover, Fox inflates the involvement of Richard Scaife in the Paula story to the point of intimating a dark conspiracy. In truth, the Pittsburgh billionaire was not involved in the story. As I have written before, his assistance to the Spectator’s investigations came later. The Spectator had the Troopergate exposé well underway by the time that Scaife contributed to what we amusingly called the Arkansas Project. Let me state it once again: Scaife money played no role in our story about “Paula.” However, an editorial error did play a large role, and I find that amusing given the present hysteria about sexual harassment. Fox might have researched the story a bit more thoroughly.

Yet that is the problem with writing about the Clintons. One is always trying to get to the truth about them through the torrents of lies, dissimulations, and blatant falsehoods spread by this fabulous couple and their agents, even their unwitting agents. Perhaps the best book on the Clintons’ struggles with scandals is The Death of American Virtue: Clinton vs. Starr by Ken Gormley, and even that book includes an abundance of error.

Doubtless even the Clintons cannot keep straight in their minds the truth and falsehoods from the past, a past that now embraces almost fifty years. What is more, their confusion is going to get worse. For one thing, they are getting older and more lax in their ways. Just the other night Hillary from a banquette in some tony restaurant somewhere—obviously under the influence of what she now calls “Chardonnay”—sent out an impromptu video “directed” as she said “to activist bitches supporting bitches.” The video traveled the country. How squiffed was she when she sent it? It is hard to say, but she rarely did this sort of thing in the past. Now she does it frequently.

For another thing, the past is coming back to haunt her and Bill in ways they cannot anticipate. Over the weekend there also appeared a story in the New York Times and the invaluable BuzzFeed about candidate Hillary’s reluctance to discipline a sexual offender on her staff during the 2008 campaign. The story is too rich to pass over. The offender is a fellow with the incomparable name of Burns Strider, which sounds like an exercise machine. Actually he is a balding, pudgy, smiling fellow, given to wearing what look like pin-on ties. Oh, yes, and one thing more, he was Hillary’s “faith advisor” during her ill-starred campaign. As the Times put it, he “sent the candidate scripture readings every morning for months during the campaign,” much as in 2016 her “faith advisor,” Bill Shillady, kept the candidate well stocked with inspirational reading and published it in a book around election time. The book had to be pulled from bookstores, as much of it was plagiarized. Tsk, tsk, the vast right-wing conspiracy strikes again!

Burns Strider had his pay docked in 2008 for harassing a young staffer (female) and was sent off to therapy, much as Bill was sent off to therapy after his dalliance with Monica Lewinsky. The campaign manager Patti Solis Doyle urged Hillary to fire him, but Hillary refused. Five years later Burns was still with her working for a group that supported her candidacy, Correct the Record. He lasted with Correct the Record only a few months before he again got caught harassing a young staff member (once again, female). This time Hillary had nothing to say about his fate, and he was let go. Correct the Record, incidentally, is an organization run by David Brock.

Once again the Clintons have gotten into trouble. They keep tripping up, and the Democrats stay loyal to them. It is a kind of madness.