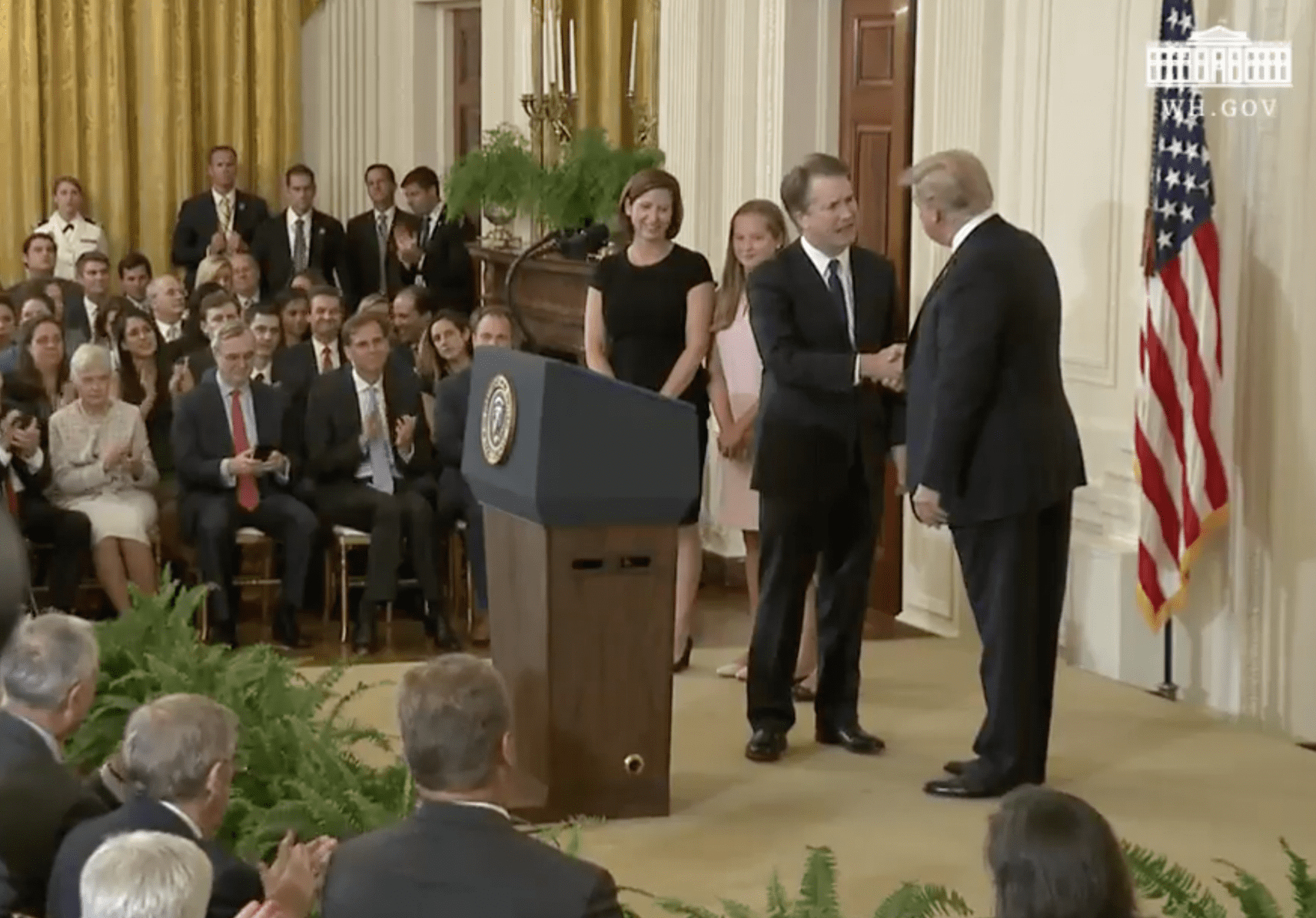 For all the hysteria about Trump as an unconventional president, his big choices often prove pretty conventional. His second appointment to the Supreme Court is much like his first — another mild-mannered veteran judge with a pedigree the Dems will find hard to puncture. Trump has just made life considerably harder for Democrats in red states and pretty much guaranteed another confirmation.

For those who hoped for a more colorful choice, perhaps they can take solace in Ann Coulter’s vouching for Kavanaugh. She gushed over Trump’s choice. A scourge of the Kennedys and Souters, Coulter must have some knowledge that Kavanaugh will prove a reliable originalist in the mold, if not of Scalia, then at least Alito, or somewhere in that ballpark.

But the truth is that the bickering and sifting over Trump’s list has been fairly unilluminating. It looks like all the judges on the whittled-down final list had downsides of one kind or another. It is annoying that the Republicans, unlike the Dems who never select their judges blind (the Dems have no defensive taboos about Roe-related inquiries of potential justices), seem to pride themselves on their lack of knowledge about nominees. They wouldn’t dream of asking them about their view of one of the most important cases in American history, we’re told over and over again. Why not? Why is that forbidden to Republicans but not Democrats? Has the media ever once said to a Democratic president, “You are not going to ask your potential nominees about Roe, right?”

Judging by the fatuous commentary on MSNBC, the Dems will portray Trump’s choice as a self-serving one. He wanted to find a judge like Kavanaugh who will protect a corrupt president. That was the tenor of MSNBC’s discussion. Never once did the gibbering pundits mention that Kavanaugh cut his teeth as a lawyer on Ken Starr’s investigation of a corrupt president. That would have complicated their narrative too much.

Rachel Maddow rattled on about how Kavanaugh doesn’t think it is a good idea to subject sitting presidents to criminal trials, as if that’s some wild and outlandish view that Kavanaugh, alone among all the candidates on the list supplied to Trump, holds. Didn’t most of the originalist-leaning judges on the list hold that view?

Trump, of course, can never be given the slightest bit of credit for making a “presidential” choice. His motive, we’re told, must be low and self-idolizing. But if that is the case, why did he choose Kavanaugh, an ostensible product of Bushworld, over Hardiman, who had been recommended to him by his sister? Contrary to the carping of the Never Trumpers, who never give up a grudge, Trump can be discerning and magnanimous in moments of great consequence. He doesn’t let pettiness cloud his judgment and looks for quality wherever it exists. He takes his core presidential responsibilities seriously and has kept his campaign promise to choose judges from the Federalist Society list. He has given official Republican Washington more than it could have ever hoped for and yet some of its quarters still treat him shabbily. They grouse about him as the head of a “cult,” as if it is somehow bizarre and shameful for Republicans to follow a Republican president who is delivering consistently Republican results.

The media’s game, which it plays with the help of the Never Trumpers, is to convince Republicans to sabotage their own side. Whatever is conventional for the Dems must be regarded as “controversial” and “cultish” for the Republicans. How dare they support their own leader. How dare they apply “litmus tests” to their judicial nominees — even as the Dem-media complex polices the slightest bit of dissent on its own side and suppresses all ideological diversity.

Looking at razor-thin margins in the Senate, Trump decided to go with a seasoned jurist whom the Democrats can’t Bork but who could still push the court’s pendulum back to originalism. Kavanaugh looks like another Gorsuch.