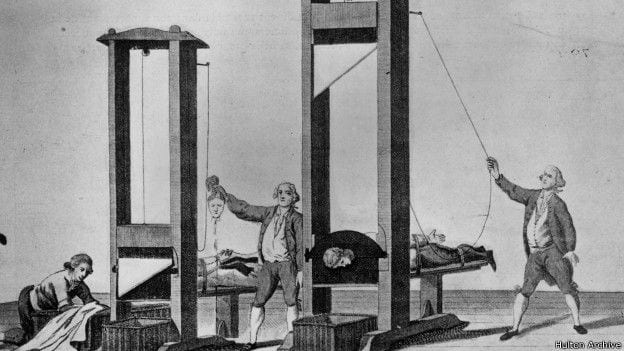 As the shock and chaos from weeks of rioting in Paris and the French countryside finally tampers down, it is becoming increasingly clear that the French have all but declared “off with its head” regarding the Paris Climate Accords.

Actions speak louder than words. And the actions of countries around the world show, whatever agreement was reached at the 24th Conference of the Parties to the United Nations Framework Convention on Climate Change (UNFCC) that just wrapped up in Poland, it, like the climate agreements before it, won’t be worth the paper it was printed on.

In 1992, 165 countries signed the UNFCC, in which they agreed to “stabilize greenhouse gas concentrations in the atmosphere.” To do so, 43 industrialized countries agreed to implement voluntary measures to stabilize their greenhouse gas emissions at 1990 levels by the year 2000. They missed that target badly.

Despite the 1992 agreement, carbon dioxide emissions were not reduced, but actually increased. Therefore, in 1997, parties to the UNFCC negotiated a new treaty: the Kyoto Protocol. Under this treaty, the same developed countries agreed to legally binding greenhouse gas emission reductions averaging 5 percent below 1990 levels by 2012.

As the cliché goes, history tends to repeat itself. Like the UNFCC, the Kyoto Protocol set greenhouse gas emission reduction targets that were missed badly — with no penalties forthcoming.

Here’s a news flash, no country is on target to meet those commitments. In fact, emissions are increasing, not dropping. In short, the Paris agreement, for all the lofty words spoken in support of it in Poland, is all but kaput.

Here are just a few facts demonstrating why the Paris agreement is doomed to fail.

Heads of government are finally being forced to acknowledge their constituents are unwilling to pay higher costs for unreliable and unaffordable energy and to make unnecessary sacrifices to their welfare and living standards necessary to meet questionable climate goals. As a result, no matter what comes out of Poland, the reality is the Paris climate agreement is dead, and I (along with millions of others around the world) will not be mourning.

H. Sterling Burnett, Ph.D. (hburnett@heartland.org), is a senior fellow on energy and the environment at The Heartland Institute, a nonpartisan, nonprofit research center headquartered in Arlington Heights, Illinois.