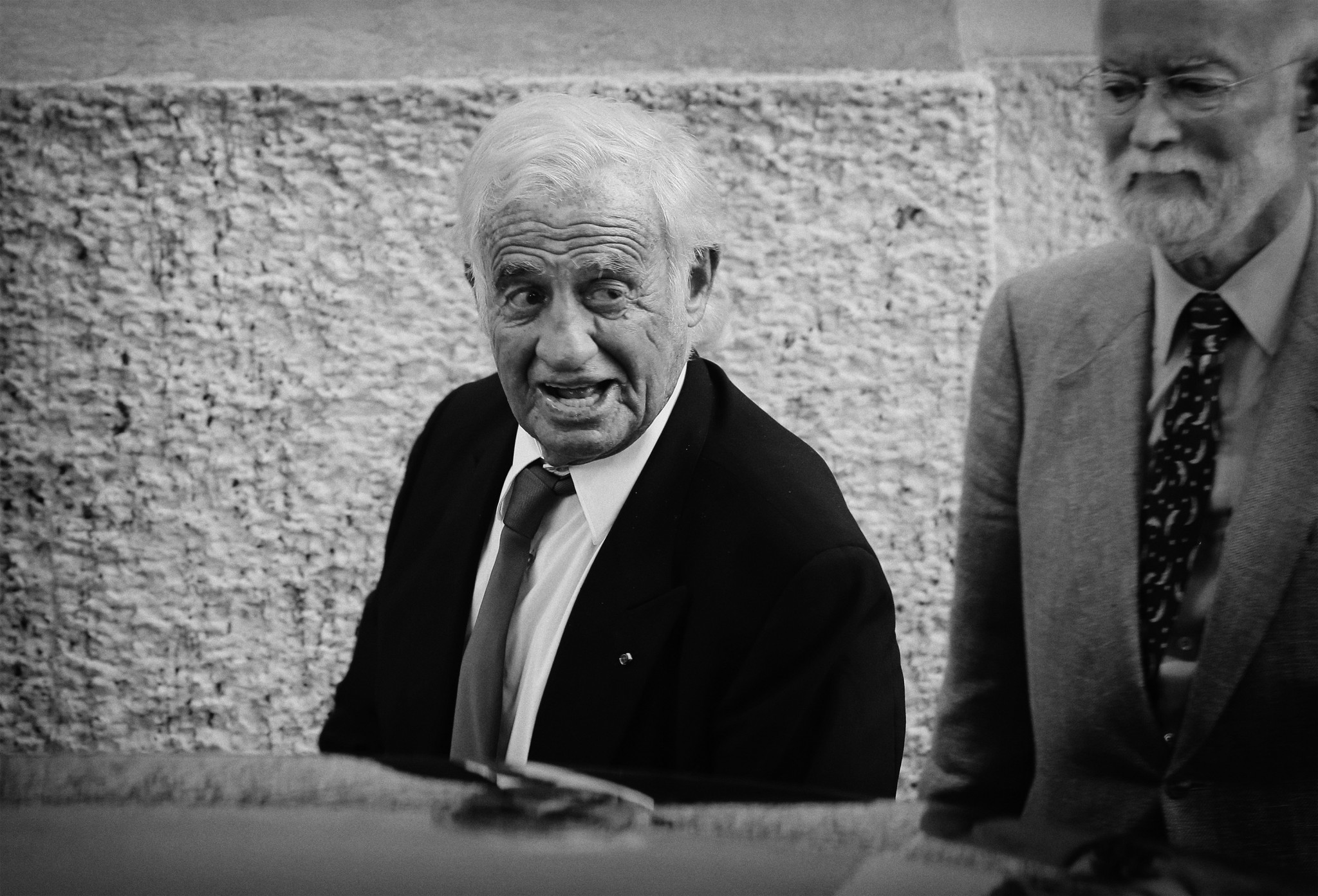 The sorrow in France provoked by the death at 88 of Jean-Paul Belmondo a few days ago can be explained readily enough by his broad fan base, even if in the past decade or more he stopped making films. That is a weak explanation, of course, for it conflates the mix of pop popularity, morbid or at least cheap celebrity curiosity, with a true sense of national culture. Assuredly, people have genuine affection for stars whom they never knew personally yet felt they did. That is the wonder of it all, that we can identify with the incarnations of our own cultures, which by no means need be film or music stars but can be books and their authors and even cathedrals and their anonymous builders, and, of course, much else.

And Belmondo certainly incarnated French national culture. French film since the 1950s would be inexplicable without reference to him and the several, and quite different, directors with whom he worked successfully. Nor could a certain style of French manhood be instantly recognizable were it not for the personality he displayed with his mix of swagger and self-deprecating humor in his life as well as throughout his career. He was the French man French men wanted to be (and French women wanted to love) the way Jean Gabin (alongside whom he acted and with whom he forged a true friendship) had been in the previous generation, the way Gary Cooper or Jimmy Stewart were to Americans around the same time.

Belmondo is probably best known to older Americans for his early role in Jean-Luc Godard’s À Bout de souffle (Breathless), opposite Jean Seberg and with a reverential nod to Humphrey Bogart. The fascination of French filmmakers for American film, but also their insistence of going their own way is evident in this film, made practically on a home-movie budget as much as it would be in huge-production, big-budget adventure comedies like The Man From Rio; and it is no accident that Belmondo, who acted in some eighty films, never was interested in working with American directors or having a Hollywood career. This was a sign of respect, a compliment to what he knew were different, if mutually admiring (sometimes) cultures.

The French are as it happens rather good at commemorations — Belmondo received the full treatment at the Invalides yesterday prior to a service for the family in a Paris church today — and they do not stint with foreigners who chose France. Born in Neuilly-sur-Seine in 1933, he was of Sicilian-Algerian ancestry on his father’s side; his mother was française de souche, native-born. Like so many other great incarnations of the French style and look and culture and way of life and mentality — consider Yves Montand (Italy), Charles Aznavour (Armenia) — Belmondo assimilated and embraced France to his marrow, and put it clearly in one of his most famous lines.

The French traditionally give an elaborate and powerful send-off to their legends. Nor it is, in this regard, a gesture toward “diversity” or any other contemporary fashion to transfer to the Pantheon the remains of Josephine Baker, the great cabaret performer who was born in Missouri, fought in the French Resistance, became a dual-national, and represented a French fantasy of America and an American fantasy of France, all the while doing her own thing with unsurpassed originality. The Pantheon is one of the Republic’s central resting places, and if its honored dead are for the most part men, the inscription on its façade states clearly enough that those inside have earned the gratitude of the nation, la patrie.

Now there is an immigration program we could learn from. But even if we do not, we have a treasure trove of old movies to enjoy forever, starring one hell of a beautiful guy in a country that some day soon may view him as an exotic throwback to a time that no longer exists.