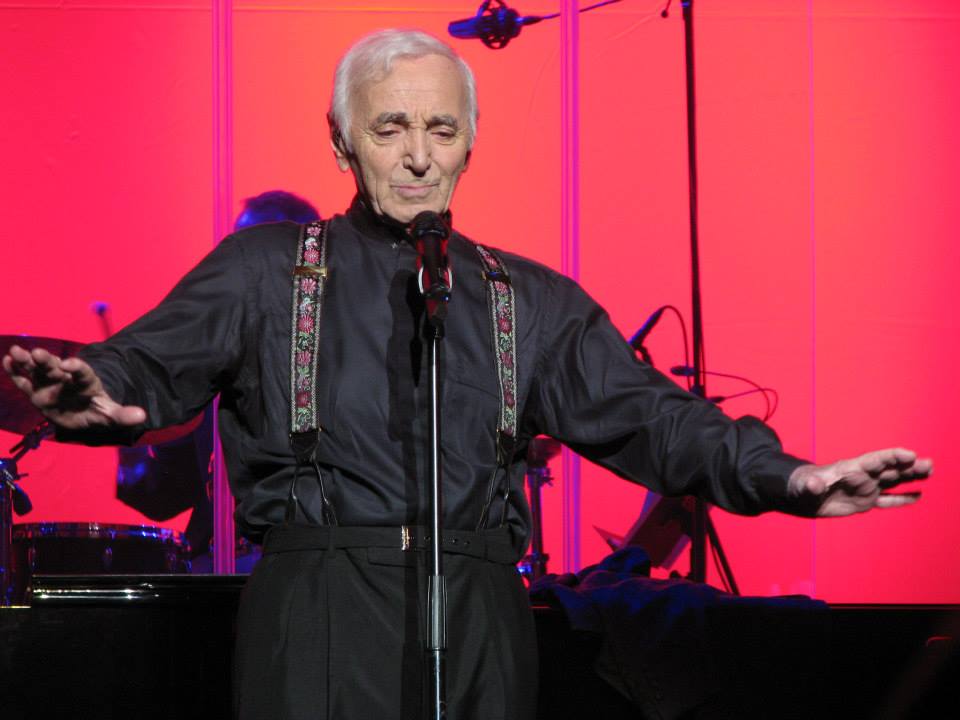 Charles Aznavour gave his all to French literature, and it was a good thing he lived to a great old age, because his gifts were good ones, they will last.

The world famous singer, who died a couple days ago at 94, wrote his own songs. They were about everything — everything he felt. You might say he was a romantic. Trying to come to terms with a long lost love, for example, he admits the tug between turning the page or dwelling in regrets that never can really end:

I thought it all died with the passing of time
No, I haven’t forgot a thing

This might be too touchy-feely, too sentimental and confessional. But millions were won over to his deep tenor, his strong and yet anxious, brokenhearted voice that, over eight decades and a thousand songs at least resonated in French and in translations and were taken up by artists as different as Edith Piaf, Frank Sinatra, Ray Charles. He sang of dreams and urges —

He sang of regrets and failures —

Where are my friends?
What happened to the 20-year old I was?

When we were young, we were all geniuses…

Failure was a recurring theme; success was real, but so is heartbreak —

How sad is Venice
When our love is gone.

He was a powerful and tireless poet and entertainer but he was also, short and not handsome, ordinary — human. A great deal of Aznavour’s appeal was in that everyman quality that he projected on the screen no less than on the stage. It was in François Truffaut’s Shoot the Piano Player (based on the novel Down There by the American David Goodis) that he gained an American public in 1962; the following year, a performance at New York’s Carnegie Hall introduced American audiences to his distinctive, melodious, and intimate voice and his lyrics about ordinary miseries (and small victories) of the soul and the heart.

Shahnour Varinag Aznavourian was born in Paris in 1924; his parents, the father a musician and the mother an actress, were refugees from the Armenian genocide. They applied for visas to America; denied, they opened a restaurant in the Latin Quarter. It was just as well, the French language and Charles Aznavour were made for each other. His love of France and the pride he took in the land that first acclaimed him never wavered.

When the Germans occupied Paris during World War II, the parents entered, as used to be said, the Resistance, hid Jews and maquis fighters from the Gestapo. From this experience and the nostalgia and suffering memories that came with growing up in the Armenian diaspora, Aznavour did not become a political writer: he became rather one whose empathy was universal. He wanted his fame to be used, surely, to support Armenia and its historical cause, serving as his ancestral nation’s ambassador to Switzerland. But the thousand and more songs he wrote did not contain a political verse; yet everyone who heard them knew they were written by a just man.

It was perfectly natural for Aznavour to insist, if you came to France, that you adopted France as your country, French as your language, its traditions as your own. In this he was like Edith Piaf, another immigrant — from Algeria — who wore her heart on her sleeve. (They collaborated for nearly a decade, she mentoring, he writing songs for her, and it shows in the unabashed emotionalism and heartbreak they both expressed.)

He was like Yves Montand, still another immigrant (Italy), though at times more overtly political. Or Marcel Mouloudji (Algeria again), another poet-writer-actor who sang of “my pal the gypsy” and his love of Paris. Learn to sing in French, you can’t help loving France.

Aznavour was liberal on many questions, supporting homosexual dignity (rather than making a tempest over “rights” and “justice” on so personal a matter) long before it was fashionable and describing himself as a feminist. He was married three times, and in “She” he made it clear men are men and women are women, fortunately…

She may be the reason I survive
The why and wherefore I’m alive
The one I’ll care for through the rough and ready years
Me, I’ll take her laughter and her tears
And make them all my souvenirs
For where she goes I’ve got to be
The meaning of my life is she…

And fortunately for all humanity, he knew how to sing it straight.