by Melissa Mackenzie
Britney Spears with her mother (EdwinAC/Shutterstock.com) 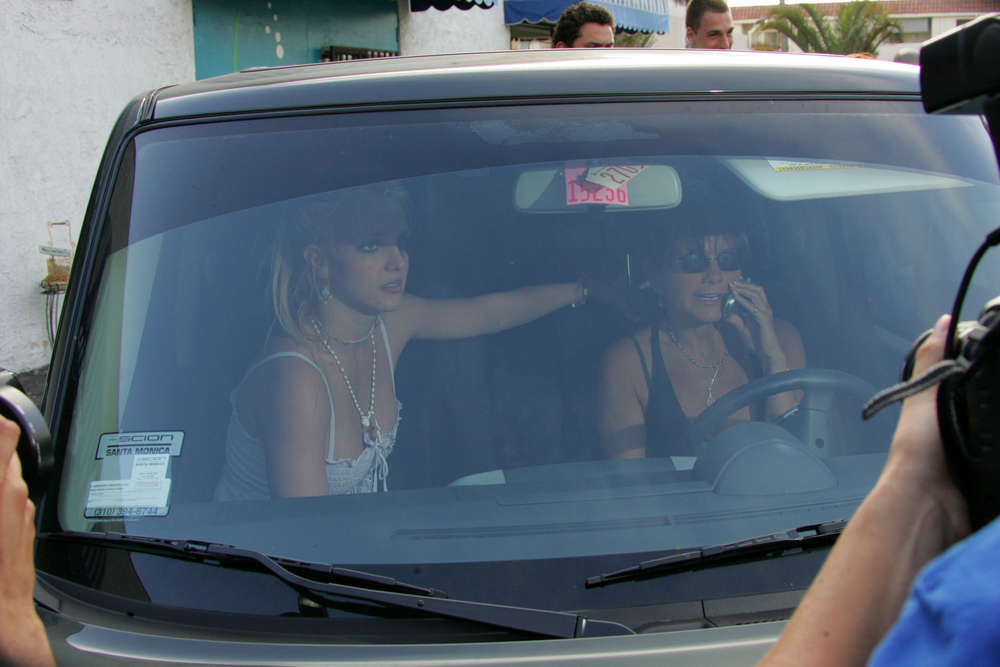 My esteemed colleague Dan Flynn writes in his morning email (a benefit of being a subscriber to The American Spectator) about the New York Times mini-documentary on the tragic case of the pop star Britney Spears. I rarely disagree with Dan, so vast is his wisdom and so keen are his insights. Today, though, I must. Here’s what he says:

The new Framing Britney Spears documentary, the one which demands amnesia from viewers who thought they saw its subject shave her head in a meltdown many years ago, asks for a suspension of belief beyond that demanded by Jurassic Park.

Dan then goes on to quote Kyle Smith over at National Review Online:

The pop star, like a lot of young people and a lot of celebrities, made a series of disastrous decisions starting in 2004 with what turned out to be a two-year marriage to a knave named Kevin Federline. She was unprepared to be a good mother and suffered a mental breakdown in the public eye. As she careened out of control, photographs of her skyrocketed in value, which in turn drew more paparazzi to her and exacerbated her sense of dislocation. A Svengali named Sam Lutfi (barely mentioned in the documentary) steered her further astray (he was accused in court filings of drugging her and seizing control of her life). It was then Spears’s father Jamie who likely saved her from ruin by fending off Lutfi with restraining orders in court and by obtaining a conservatorship (over both her finances and her person) that protected her from being defrauded and helped her regain her balance. To be brutally frank, we all thought Britney Spears would long since be dead by now. Instead, for most of the period the conservatorship has been in effect she has appeared stable, fit, and healthy, and has worked regularly.”

Let’s, for the sake of argument, concede both Kyle and Dan’s claims: That Britney had a meltdown, that she was saved by her father, and that she was preyed upon by avaricious pseudo-friends. That is all true. In fact, should Britney Spears obtain her freedom, it is possible that she will fall prey to ne’er-do-wells and lose her vast fortune due to stupidity or naïveté. That is her right as adult and an American.

Britney Spears would not be the first artist who might be taken advantage of by managers, accountants, hangers-on, and general baddies, but that does not mean she shouldn’t be granted the freedom to have that happen. It is her life. It is her money that she’s earning with her hard work. Everyone else in her orbit, including her savior father, is surviving off of her. Britney is being deprived of controlling her own destiny, and it is a vast and wealthy one.

It is a particularly ghoulish situation that Spears must prove her sanity over and over — and pay the attorneys’ fees of those who are paying experts to prove she is insane over and over. Her father may have started with good intentions, but the end result of his behavior is that he is acting just like a malicious manager would act. He has become the monster he is trying to save Brittney from.

Conservatorship provides the conservator with immense power, and the person in the throes of that power can find it impossible to escape from it. The frustration of being in a virtual prison, where any act of (justifiable) rage or rebellion is proof of insanity, creates an emotional hell where any outburst further enables the enemy to keep her in prison. It’s the very definition of maddening.

The feminist argument here is also valid. No man, not even a pop-teen superstar going through a meltdown (hello, Justin Bieber) would be put in this position or, in this case, kept in this position. It just wouldn’t happen. The pop world is littered with artists who died in their 20s blowing through their fame and money, overdosing, and wrecking their lives. Would Britney Spears have been one of those people? Maybe. The strain of fame, having her children taken, and just having so much of her life under the spotlight was taking its toll. But look at how Justin Bieber fared in a similar situation. He passed the point of safety as a young man, came to his senses, and came to Jesus. He’s now happily married and is surrounded by the support he needs. He has not been forever infantilized by his family because he was binging drugs, alcohol, women, and fast cars … oh, and buying monkeys as an overwhelmed 20-something in the grips of fame and wealth.

Another example is Demi Lovato. In and out of rehab, drugs, eating disorder, controlling friends, and monster manager led her to a nearly fatal overdose. Now permanently brain-damaged, she has rethought her life, sobered up, and changed management. She said of Scooter Braun, her new manager, that he doesn’t care if she’s fat or thin, and that he supports her. The people surrounding the talent have a big incentive to look at their client as the product that must be kept looking good (but not being necessarily healthy or whole) for their own benefit.

Britney Spears has been deprived of the opportunity to grow up and own her own life. She’s been blocked from making this transition from teen sensation to adult empowered woman. It’s profoundly disturbing. Here’s a woman who can make $50 million in a year and have to pay her father a percentage of it to deprive herself ownership of it. It’s no wonder she quit her lucrative Vegas deal. Cutting off the spigot to the family members cashing in on her ability to earn them a lavish lifestyle for doing nothing was her only choice to master her life. It reminds me of when Prince changed his name to a symbol and went to war with a label that was taking advantage of him. He refused to produce for them. It’s all he could do.

A dramatic act by an artist like shaving her head should not put Britney Spears in a conservator box forever. Even stints in rehab or a mental institution for bouts of manic-depression (if that’s what’s happening) should not deprive her of autonomy. Lots of people manage these challenges and have family support but not family control. It’s simply not necessary.

Where is the line for conservatorship? It’s a judgment call, for sure. But it seems like a woman who started as a pop star at 15 and can still, at nearly 40, easily pull in $50 million in one year creating a complex show, showing up to work every day and employing hundreds of people, is ready to step out on her own. It’s time to let her.