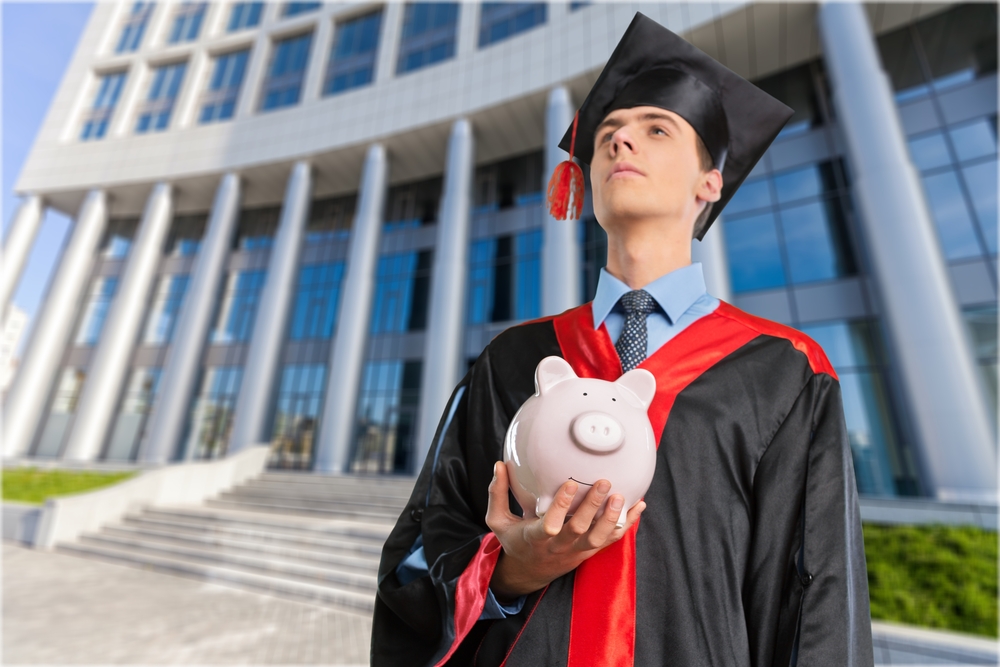 There used to be no such thing as a free lunch. But that reality has changed for some student loan borrowers.

After much anticipation, the Biden administration announced last Wednesday that it will forgive $10,000 in student debt for those earning less than $125,000 while Pell grant graduates will receive up to $20,000.

This decision is a major misstep, as it will exacerbate inflation in the midst of the highest inflation of the past four decades. Student debt forgiveness will also constitute a massive wealth transfer from those without a college degree to those with a college degree.

Biden’s plan to forgive student debt will cost at least $360 billion. Even worse, debt forgiveness won’t help or prevent the future debt students will incur. The Committee for a Responsible Federal Budget estimated that if the Biden administration had forgiven $10,000 of student loans for each borrower, debt would have returned to the current level (approximately $1.6 trillion) in just four years if $10,000 per borrower were forgiven. And this conservative estimate doesn’t even account for how debt forgiveness will affect borrowing behavior. Due to the precedent set by debt forgiveness, students will be slower to make repayments and may be more confident to increase the initial amount they borrow, expecting it to be forgiven later.

In response to students’ emboldened borrowing, universities will increase their tuition rates. Several studies have found a strong link between rising tuition and federal student loans. A 2019 study found that universities increased their tuition between 20 and 60 cents for each dollar increase in federal loans. A 2017 Federal Reserve study found that for-profit institutions that received federal loans charged tuition at a nearly 80 percent higher rate than similar institutions which were ineligible for federal loans. University administrators understand that they can continue to expand their services and increase their prices with impunity because students can always turn to the federal government for more loans.

Tuition costs won’t be the only price increases Americans are likely to face in the wake of student debt forgiveness. Since loan forgiveness effectively constitutes an increase in government spending, it will almost certainly exacerbate inflation. This is economically disastrous. American households are already expected to spend an additional $5,200 this year due to the existing inflation rates. As the Federal Reserve raises interest rates in a desperate attempt to curb inflation, student debt forgiveness is counterproductive.

What’s more, it’s unfair. People without a college degree will be required to pay for the debt forgiveness of college graduates who typically earn significantly more than those without a college degree. Graduates with a bachelor’s degree earn an extra $1.2 million over the course of a lifetime as opposed to those with just a high school diploma. Even an income cap of $125,000 and increased forgiveness for Pell Grant recipients does not address this. College graduates may start out with low incomes, but their earnings potential is higher. (READ MORE: Biden’s Fishy Student Debt Bailout Stinks to High Heaven)

Lawmakers should act quickly to address the causes of the student debt crisis and to make sure that this disastrous policy never occurs again. Here’s what they can do.

First, politicians should stop the possibility of future jubilees. There is already a proposed legislation on the table that would do this: Section 101 of the Responsible Education Assistance Through Loan (REAL) Reforms Act would stop the Education Secretary from implementing any new regulations or executive actions related to the student loan program if it resulted in increased costs to the government.

Politicians should also make federal student aid conditional upon a student’s academic merit, measured prior to the student’s entrance into college. Universities that accept academically unprepared students mislead them about their likelihood of graduating. This ultimately hurts dropouts the most, those who receive the debt without the promise of economic security provided by a college degree.

Finally, federal loans should be conditional based on the earning prospects of the field the student plans to study, with higher loans offered to those entering highly in-demand and profitable fields. Federal student lending is quite risky since matriculating college freshmen rarely have a significant credit history. Conditioning loans on students’ future earning capacity, predicted by their intended degree, would ensure that taxpayer funds are put to good use. The Biden administration has opened the door to even higher tuition, more student debt, and future debt jubilees. Lawmakers can close it, if they act quickly.

Neetu Arnold is a Senior Research Associate at the National Association of Scholars and a Young Voices contributor. Follow her on Twitter @neetu_arnold.