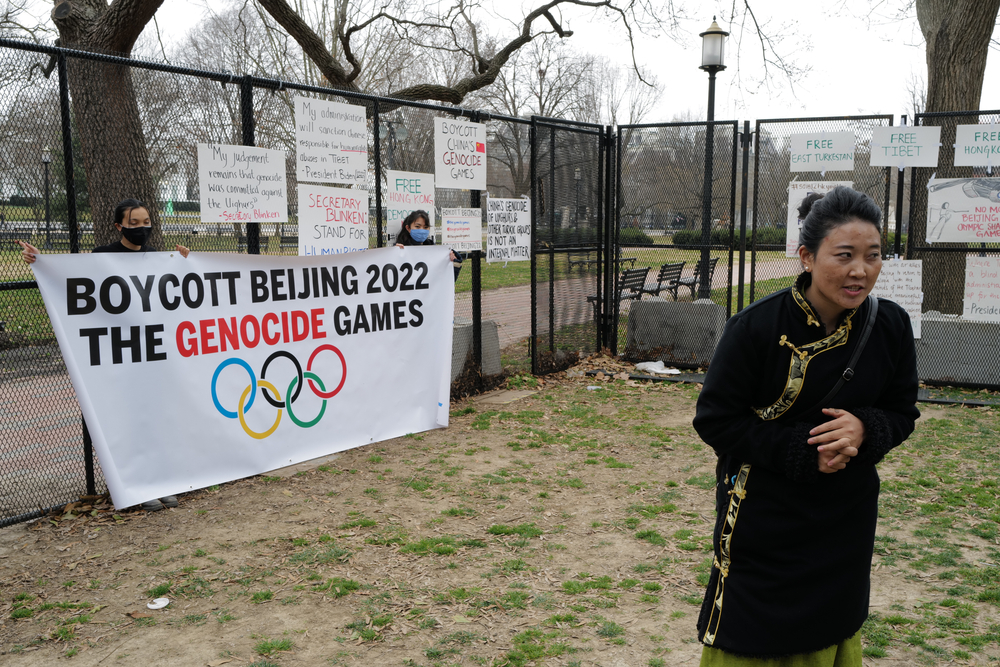 The International Olympic Committee has a penchant for choosing genocidal and repressive regimes as hosts for the Olympics and then conspiring with them to present massive propaganda festivals that secure international approval for these tyrannies.

The IOC’s selection of China to host the 2022 Winter Olympics has again put the consequences of this ugly practice front and center. In just a few months, the IOC will again help China’s communist tyrants put on a dazzling show for a worldwide audience that will feature the pageantry of the Games and four decades of impressive economic growth.

This show, of course, will divert the world’s focus away from the genocide that these tyrants are perpetrating against the Uighurs in concentration camps in Xinjiang, their repression and elimination of basic civil liberties in Hong Kong, their threats to invade Taiwan, and their sordid role in the COVID pandemic.

It is true that these horrors came into clearer focus after 2015, when the IOC chose China to host the Games. But the IOC knew of the communist regime’s decades of horrendous human rights practices and its history of starving and destroying the lives of tens of millions in the Great Leap Forward and the Cultural Revolution and decades later murdering thousands in Tiananmen Square.

The IOC, moreover, knew all of this when it chose China to host the 2008 Summer Games, at which the IOC helped the communist overlords use a spectacular show to highlight China’s wonders and divert attention away from their tyranny.

The IOC’s decisions to award China the 2008 and 2022 Games, moreover, are but two recent chapters in the IOC’s long history of favoring perpetrators of repression and genocide.

In 1936, the IOC worked with Hitler and the Nazis to use the Berlin Summer Games as their biggest propaganda tool to distract the world from three years of Nazi repression against Germany’s Jews.

In 1974, the IOC put aside the gulags and the other horrors of communism and chose the Soviet Union to host the 1980 Summer Games. After the Red Army invaded Afghanistan in late December 1979, the IOC chose not to move or cancel the Games, despite the boycott by the U.S., China, West Germany, Canada, and several other nations triggered by the brutal invasion.

In 1984, the IOC worked with Tito’s Yugoslavia to put on Winter Games in Sarajevo that ignored that regime’s decades of repression.

In 2014, the IOC helped Vladimir Putin use the Sochi Winter Games to whitewash his recent butchery in Chechnya and invasion of Georgia – and distract from the invasion of Ukraine that he began during the Games.

What should be done to prevent more Olympic propaganda shows by tyrannical regimes? It is apparent that the IOC will not move or cancel the rapidly approaching Beijing Winter Games unless the U.S. and enough other nations otherwise refuse to participate.

Boycotting, moving, or canceling the Beijing Games, moreover, will not prevent the IOC from continuing to choose tyrannies to host future Olympics.

The answer is to follow the practice of the ancient Greek inventors of the Olympics. They held their games in neutral Olympia, not in Athens, Sparta, Thebes, or the other major Greek city-states that were frequently in conflict with each other. Athletes from all over the Greek world, from as far away as Greek cities in what are now Turkey, Spain, and Sicily, traveled to Olympia to compete.

The IOC similarly should hold all future Olympics in Switzerland – a famously neutral nation with a free society that respects human rights and has cities capable of hosting the Summer and Winter Games.

Having Switzerland host all future Olympics would, once and for all, prevent genocidal and repressive regimes from using the Games as massive propaganda tools to gain the worldwide approval that they so crave.