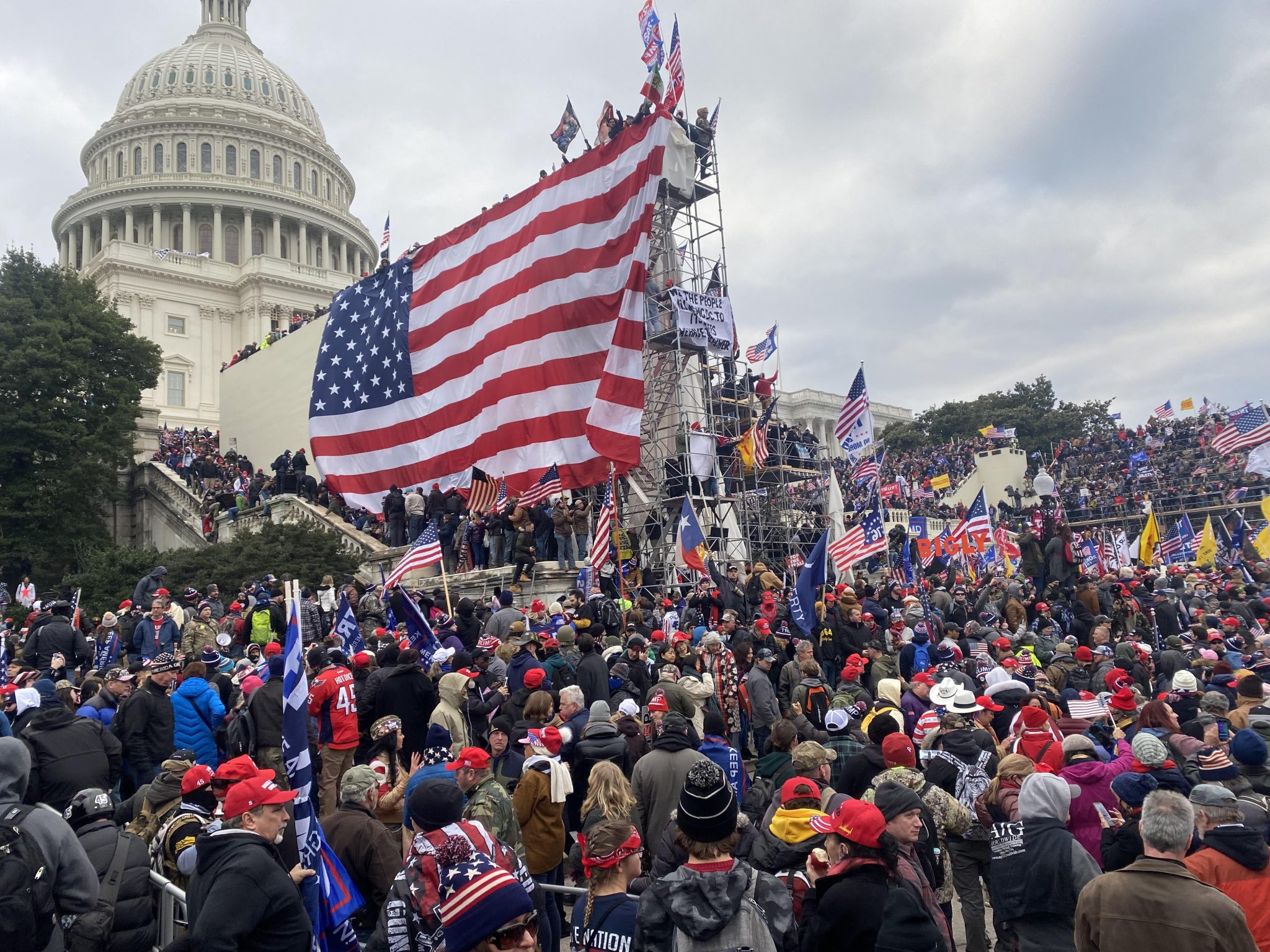 The 2020 election was very much about who controlled the information and who got to tell the story. The Capitol “Riots” were no different. It’s hard to gauge how many people were truly there for the rally and event that day, in part because the mainstream media outlets would never want to give accurate totals for those numbers. It’s doubtful the scene or event would have made that much of a blip on the news radar that day if the events at the Capitol Building did not take place. Prior to that, CNN and others had little interest in explaining how a “losing” President presided over one of the largest crowds to ever gather at the Washington Monument on Wednesday in January.

I was sandwiched in the middle of a sea of the most people I’m convinced I will ever see in my entire life. An Ohioan – I looked out in every direction and figured the crowd was at least the scope of four to five totally packed Ohio Stadiums in Columbus. That is probably one of the overwhelming themes of a few days in Washington D.C. – there were just so many people. They were at the hotels. They were on the turnpike and at highway rest stops along the way in Trump gear with Trump flags. They were at the rally and split out in two different directions after the speech to head to the Capitol Building.

Ron N. from New York stood in front of us. In between speakers, he told the story of having COVID-19 and doctors telling his wife to get his affairs in order. And then one doctor fought to have Hydroxychloroquine prescribed. Nelson credited it for saving his life.

Sean R. stood to our right and filmed most of the events on his Go Pro. He described what brought him to D.C. His mother received a knock on the door Thanksgiving Day. “She followed the COVID protocols to a T prior to that. She would not leave the house,” he said. “She had seven people over for Thanksgiving and someone told on her. The cops threatened to arrest her. She had a nervous breakdown. She’s still not over it.”

From virus lockdowns, to the medication prescribed for the virus, to the number of people in attendance at a rally or what constitutes a “peaceful protest” versus a “riot”– every event and piece of information is spun, manipulated, or tweaked for an audience today.

What the media will not say is at the rally I saw some of the most beautiful scenes of my life. A crowd of Vietnamese marched through the audience with their yellow and red flags, one man’s face painted red, white, and blue with “Trump” across his forehead during the speeches.

After the speech, we followed an enormous American flag for two miles. When we finally made it to the Capitol Building, you could tell the crowd had already made it past several barriers. Green temporary fencing was on the ground. Metal sections were propped up on various retaining walls as makeshift ladders.

So much of the last year was about the governmental powers that be, Big Tech, and the media trying to manipulate the narrative and the nation – and in that moment they lost control. There were just too many people.

There was a sense where we were standing – looking around at the surrounding crowd and men perched atop buildings – that we were in harm’s way, that police could potentially continue to use tear gas or that if someone wanted to commit an act of violence or “terror,” like a couple weeks prior in Nashville, they could.

The reality is, the atmosphere outside resembled an open air concert or festival more than a “riot.”  The “storming” had taken place.

There were rumors a woman had been shot inside.

A man got on a loudspeaker, “Another small announcement folks, Nancy Pelosi’s Office has been breached.” The crowd cheered.

The 6 p.m. curfew was announced.

People sang the National Anthem and said the Pledge of Allegiance as a massive flag that was draped across scaffolding on the Capitol Building waved in the wind. If this was the last dying vestige or gasps of Freedom of the Press, Speech, or the Right to Assembly, I am proud to say I was there to see it.

When we walked back to our hotel, we heard the news.

“Fox news is in there calling us terrorists,” one man said. Chuck Schumer compared the day to the bombing of Pearl Harbor. By morning, articles and videos circulated of Ashli Babbitt’s killing. An unarmed woman, the 14-year Air Force Veteran was painted in many news articles and comment sections with no redeeming qualities – a traitor, terrorist, conspiracy theorist and a loon who “got what she deserved.” There would be no humanizing or gold casket it seemed for Babbitt, who live streamed her walk to the Capitol.

More people should have died. It was a sign of white privilege that more unarmed women weren’t shot and killed, they claimed.

If this was the last dying vestige or gasps of Freedom of the Press, Speech, or the Right to Assembly, I am proud to say I was there to see it.

For someone who watched 9/11 unfold on live television, terrorism seems like a mischaracterization of the day and the events. In some instances, protesters appear to be let right into the building, with one officer saying “I disagree with it but I respect it.” Video surfaced that showed Trump supporters calling out members in the crowd and physically stopping them from breaking windows.

In the end, undoubtedly, Trump supporters did enter the building. And undoubtedly, the people who entered the building to some extent knowingly exposed themselves to danger. But “traitors”? Many in the crowd used that word to describe the politicians inside who willfully kicked the can of responsibility down the road when it came to policing the 2020 Election.

Rioters? It certainly wasn’t the overwhelming mood of the day nor did it resemble the burnt down buildings or violence seen across the country after George Floyd. The protesters were people who had their stories, their voices and their votes misrepresented. They had seemingly exhausted every other legal avenue or means of expression, so they showed up at the politicians’ doorstep. If this story was written 200 years ago, a writer might describe the crowd as patriotic or passionate. Someone might compare it to The Boston Tea Party.

Incitement? The President did not say storm the Capitol or call for violence.

Today, the event will surely be used to crack down on conservatives. Facebook banned Trump immediately afterwards, disregarding Trump’s calls to be peaceful and go home when things escalated. Twitter followed by deleting the President’s account and many accounts of top conservatives including General Michael Flynn, Attorney Sidney Powell, and a page for the “Walk Away” movement.

Glenn Greenwald likened what is to come for conservatives to the post 9/11 fallout with civil liberties and the Patriot Act, where under the guise of safety, the U.S. curtailed the rights of Muslims and everyday citizens. “If you question all the new powers they want, it means you love the Terrorists,” he said. “This is Liberals’ 9/11.”

Andrew Breitbart tried to warn us in 2012 about the name calling and shaming into silence. Racists, bigots, fascists, deplorables. On January 6th, the Left added terrorists and traitors to the list. Moving forward, anything right of socialism will be described as radical or alt-right. “You do not support terrorism, do you?” they will ask, knowing there is really only one correct answer.

I looked for every reason not to travel to D.C. last week. I covered a previous post-election event in D.C. in November. But I want to be on record. I was there the day “We The People” told a corrupt government that we know they stole an election and that the government works for us.

Matt Keener is a writer, journalist, and small business owner from Ohio with recent bylines in American Thinker and WND. You can follow him on Twitter (for the time being) or Parler @keenermb.