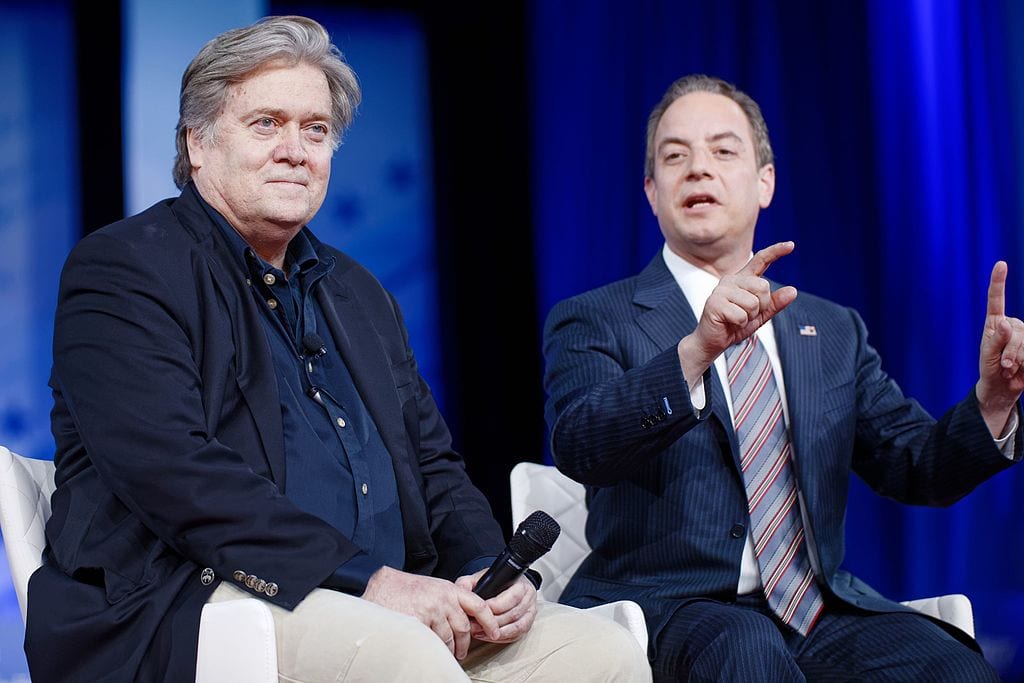 Michael Wolff’s new book is a glorified gossip column, catnip for a chattering class that loves to hear its anti-Trump prejudices echoed. The supposedly delicious scoop contained in the first excerpt from the book is manifestly silly and hopelessly stale — “Donald Trump Didn’t Want to Be President.” The chattering class has been sucking on that cracked thermometer for two years — before, during, and after the primaries and now pathetically grab for it again.

It is amusing to turn on the cable gabfests and listen to hyperventilating neurotics question the mental health of Trump, egotists decry his ego, and failed pols question his political intelligence. All of them are free to run against Trump in 2020. Let’s see how they do.

The tattling in the book is on par with generals complaining to Lincoln about Grant’s drinking. Even if true, who cares? And much of the sniping is not true or just magnified complaints heard in any administration. Has there ever been a White House that wasn’t “divided” and “chaotic,” that didn’t house clashing egos?

The hysterical gibbering over the book is also reminiscent of the “tell-alls” that came out during the Reagan years in which he was portrayed as dumb and his staffers brilliant. Even a cashiered Don Regan, after penning a catty memoir hewing to that genre, had to admit the stupidity of its premise after he cooled down: “Everyone there thought he was smarter than the president. Especially me.”

Not a “single White House staffer” thinks Trump is up to the job! He is “semi-literate”! He doesn’t read “one-page memos”! It all sounds vaguely familiar. Every few months some ruling-class darling would pop up to reflect gravely on Reagan’s staggering “ignorance,” his faltering memory and obvious age, and his “dysfunctional” White House. Clark Clifford called him an “amiable dunce,” Henry Kissinger found him stunningly unlettered and uninformed, Jimmy Carter couldn’t believe that he didn’t take “notes” during a transitional meeting. I remember Phil Donahue, in a foretaste of the kind of elitist schlock to which Wolff’s book is pandering, treating Carter’s dorky revelation as mind-blowing. Donahue gasped that Reagan had merely asked for a copy of Carter’s notes, which sounded like a pretty sensible, time-saving request under the circumstances. Then there was Reagan biographer Edmund Morris, who found Reagan’s capacity for leadership so mystifying and his repetitive stories so troubling. Sound familiar?

It is no coincidence that the warm reception of Wolff’s book comes at the very moment that Trump has completed an effective first year. The media’s propagandists desperately know that they must attack Trump not on his weaknesses but his strengths: call him “nonfunctional” while he is functioning, call him “crazy” as he cleaves to common sense that they disdain, question his “communication strategy” as he circumvents theirs, call his administration “treasonous” as they boycott the flag, imply he has dementia while his mental energy outlasts theirs.

Somehow Trump is at once a “child” and doddering. Wolff is a columnist for the Hollywood Reporter and writes at that shabby level of entertainment journalism, dabbling in the sort of pearl-clutching gossip its female readers love: “At Mar-a-Lago, just before the new year, a heavily made-up Trump failed to recognize a succession of old friends.” Oh my! The method here is to take fragments of isolated, unverifiable subjective impressions from unnamed sources and turn them into facts or hard-and-fast biographical truths. The quotes always have an overgeneralizing feel to them: it is not enough to quote people saying Trump behaved moronically in a given moment but that he is a “moron.”

The excerpts from the book are exhausting in their emptiness and immaturity, as if it is inconceivable to Wolff that presidents and first ladies can have more than one emotion in a given moment or that leaders under pressure can make mistakes. He informs us that Melania’s tears on election night were not of joy but of “sadness.” How would he or his sources know? Maybe the tears were of both.

Melania Trump, and multiple other figures mentioned in the book, denied Wolff’s accounts. But the media on Wednesday night didn’t care. It was too giddy with the Bannon-Trump feud to practice anything remotely approaching impartial journalism. No sooner had they finished their approving reports on the Hillary campaign’s outsourcing of espionage to foreigners than pundits were chuntering about the collusion claim the book revives. The melodrama of it all is on the level of a daytime soap, though even those don’t put forward plots as preposterous as an intensely competitive real estate tycoon who runs for president hoping to lose.