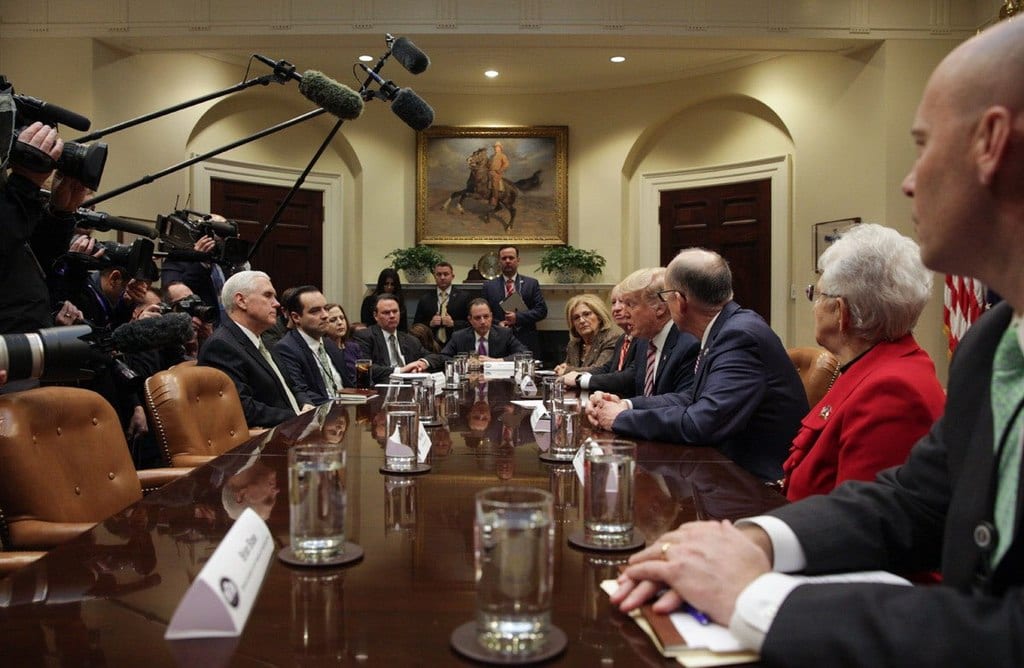 Friday evening, a federal Judge issued a ruling that Obamacare apologists have been dreading since Texas v. United States was filed by 20 states in the Northern District of Texas early this year. U.S. District Judge Reed O’Connor agreed with the plaintiffs that the Affordable Care Act’s individual mandate was rendered unconstitutional when Congress reduced its tax-penalty to zero. He further agreed with their assertion that the mandate is not severable from the rest of the statute. Consequently, Judge O’Connor declared the entire health care law invalid. In a 55-page opinion, he summarized the substance of his findings as follows:

In other words, Congress can’t impose the mandate pursuant to the Commerce Clause, as the Supreme Court confirmed in NFIB v. Sebelius. And the “saving construction” concocted by Chief Justice Roberts — that it is essentially a revenue-raising device permitted under Congress’s taxing powers — collapsed when the tax-penalty was eliminated by the Tax Cuts and Jobs Act of 2017. Thus, the mandate had to be struck down. Moreover, because the Affordable Care Act contains no severability clause, and its advocates have long insisted that the individual mandate was the “linchpin” of the law, the whole edifice necessarily fell with the mandate.

O’Connor’s ruling did not, however, contain the nationwide injunction requested by the plaintiffs. Instead, he granted a summary judgment that permits the law to stay in place during the inevitable and protracted appeal process. Thus, while Obamacare once again makes its way back to SCOTUS, the health care industry will not be unduly disrupted. The next stop will probably be the United States Court of Appeals for the Fifth Circuit. That appeal will have to be filed by the Intervenors-Defendants (a group of 17 Democrat-controlled states led by California AG Xavier Becerra) because the Trump administration has elected not to defend the law. The President opposes Obamacare, of course, and Friday evening he gleefully tweeted:

As I predicted all along, Obamacare has been struck down as an UNCONSTITUTIONAL disaster! Now Congress must pass a STRONG law that provides GREAT healthcare and protects pre-existing conditions. Mitch and Nancy, get it done!

“Nancy” is, of course, the presumptive Speaker of the House Nancy Pelosi. Her response to the Obamacare ruling was, oddly enough, noticeably less enthusiastic than that of President Trump. In a statement released early Saturday morning, Pelosi called the ruling “monstrous” and accused the Republicans in general of perpetrating an “all-out assault on people with pre-existing conditions and Americans’ access to affordable health care.” She also pledged that she will throw the weight of the recently-won Democrat majority in the House of Representatives behind the effort to appeal Judge O’Connor’s “absurd ruling” against the “reform” law:

When House Democrats take the gavel, the House of Representatives will move swiftly to formally intervene in the appeals process to uphold the life-saving protections for people with pre-existing conditions and reject Republicans’ effort to destroy the Affordable Care Act.

It’s difficult to see how the state and congressional Intervenors will frame their appeal, however — unless everyone has forgotten how the mandate was sold. During 2009, the advocates of “reform” were casting about for a pseudo-scientific way to explain why it was necessary and they glommed onto the “three-legged stool” analogy used by Obamacare architect Jonathan Gruber. The law’s apologists, including the government lawyers who argued NFIB v. Sebelius before SCOTUS, have insisted that all three legs — including the mandate — would have to remain in place in order for their scheme to work. As Gruber himself phrased it:

Removing the Affordable Care Act’s mandate would eviscerate the law’s coverage gains and greatly raise premiums. And going further by only keeping the market reforms and the small business tax credit would virtually wipe out those coverage gains and cause an enormous premium spike. Without all three legs, the stool — and effective health reform — will not stand.

The legacy media will certainly attempt to revise this inconvenient chapter in Obamacare’s history and we will certainly hear the term, pre-existing conditions, repeated ad nauseam. Inevitably, the judge will be vilified as a partisan hack by the usual suspects. His entire career on the bench is already being summed up in terms of a single injunction allegedly permitting health providers to discriminate based on gender identity. And his name appears to have been changed to “Reed O’Connor, a conservative judge appointed by George W. Bush.” It goes without saying, of course, that the editors of the New York Times are beside themselves with rage:

This partisan, activist ruling cannot stand. If it’s not reversed by the conservative United States Court of Appeals for the Fifth Circuit, then it’s off to the Supreme Court, where all five justices who, in 2012, already determined that the Affordable Care Act was constitutional will still be there.… Obamacare is the law of the land. It will remain that way.

But will it? To achieve that dubious goal, Chief Justice Roberts would have to execute a pirouette on the individual mandate. As Josh Blackman, Professor of Law at the South Texas College of Law Houston, put it in his Friday evening summaryof O’Connor’s ruling: “The Court followed the reasoning of NFIB to conclude that the individual mandate, without the penalty, is unconstitutional.… O’Connor cites NFIB and King v. Burwell to show that the ‘Individual Mandate is inseverable from the entirety of the ACA.’” Roberts can only save Obamacare by reversing the opinions he issued on the last two ACA cases that reached SCOTUS.

But it will take a long time for Texas v. United States to reach the Supreme Court. And, if the Fifth Circuit Court of Appeals agrees with O’Connor, there is no guarantee that SCOTUS will take up an appeal to its ruling. Roberts and the rest of the justices, like everyone else except the Dems and the media, may be so sick of Obamacare that they just decide let it die.