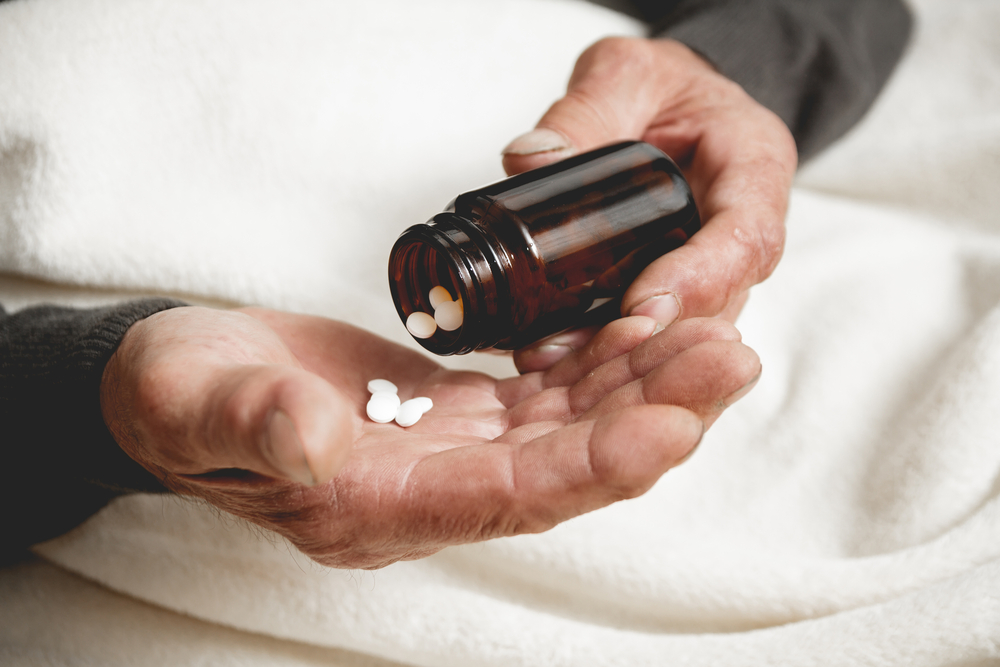 It’s proving to be one of the greatest scandals in the century-long history of the FDA — at a time when the agency needs all the credibility it can muster.

When I first wrote in The American Spectator that the agency’s approval of aducanumab (brand name Aduhelm) for Alzheimer’s disease was disastrous, I frankly had little hope that any criticism would have the least impact. In fact, initially the agency actually made the situation even worse by labeling the drug for all stages of Alzheimer’s even though it hadn’t even been studied for anything but late stage. It was Christmas in summer for Aduhelm maker Biogen, “one of the biggest launches in biopharma history” with the company’s arbitrary assignment of a whopping $56,000-per-patient annual price tag.

Biogen has already run lengthy New York Times ads claiming forgetting a few names of guests at an anniversary party could be evidence of Alzheimer’s. (I’d probably forget all their names.) It further says one in 12 Americans over 50 have mild cognitive impairment because of Alzheimer’s — which is merely evidence of how important it is to develop real therapies. Aduhelm is the FDA’s first approval of an Alzheimer’s drug in almost two decades.

But SAM missiles are targeting Santa’s sleigh, which may or may not prove to be stealthy.

Even before the FDA announcement, we knew the agency had ignored its entire 11-member panel (three of whom subsequently quit because of it) to approve Biogen’s Aduhelm. “There were, I think, six or seven reasons I voted no,” said one of the resignees, Aaron Kesselheim, associate professor of medicine at Harvard Medical School. For the agency to go against a unanimous panel vote, “that’s never happened,” said Wayne Pines, a former FDA senior official who has written histories about the agency.

Just this week we learned that a vast majority of a second FDA group of 15 officials who review complex issues found Aduhelm didn’t meet the threshold for “instilling public confidence in the usefulness of the drug” and another clinical trial was necessary, according to minutes of the meeting obtained by the New York Times. One member said approval could “result in millions of patients taking aducanumab without any indication of actually receiving any benefit, or worse, cause harm.”

In fact, the FDA did conclude there should be another trial but quite remarkably said it could occur after approval with no results due until 2029, giving the company eight years to sell the drug regardless. It admitted that one of the two major Aduhelm studies showed absolutely no benefit in aiding mental decline while at best the other may have shown a minor and perhaps real-world insignificant impact. So to grant approval, it changed the “endpoint” or goal. That endpoint was reducing the level of protein amyloid plaques that has long been observed to accompany Alzheimer’s.

Yet the science has increasingly been showing that clearing those plaques doesn’t affect mental degeneration any more than cleaning up rat poop exterminates rodents. The FDA in 2018 made clear that such results were no good. Yet the FDA claims it “did not lower its standards,” adding, “and at no time considered doing so.”

Now that it’s lowered its standards, the agency has signaled indirectly and directly to other drug companies who were developing “plaque-cleaners” that they could also get approval. In fact, Eli Lilly stock soared to its highest ever when it received FDA’s “breakthrough therapy” designation for a plaque-clearing drug, meaning it has demonstrated “significant improvement over already existing FDA-approved treatments.” That implies even better than Aduhelm!

But the reaction to approval from scientists, doctors, the media, and just about everyone who’s anyone has been overwhelmingly negative.

Early surveys show little interest among doctors to prescribe the drug, which in addition to having little or no evidence of advantage caused painful brain swelling in over a third of test subjects, with micro-bleeding in about a fifth. And whatever the insurance plan, it will hardly be free. A full 18 percent of neurologists surveyed after the approval said they will “never” prescribe the drug, which is a high percentage for a new product. While almost 90 percent of neurologists were moderately or highly aware of Aduhelm, only 3 percent had written prescriptions as of the survey date, while only about one-fourth (27 percent) plan to prescribe the drug in the next few months.

Certainly Biogen can try to counter this with advertising targeting caregivers (thereby subtly encouraging them to switch doctors), but it probably won’t, as signaled by its retreat from the FDA approval. Yes, in concert with the FDA it has restricted its own label to only the category in the trials — early sufferers of the disease. Mind, neurologists can prescribe it “off-label” to anyone with the disease (or technically people with no diagnosis at all), and Biogen is surely counting on that, but this perceived need to moderate the FDA’s largesse is telling.

Meanwhile major insurers are hesitating to say they’ll cover the drug or outright saying no. “UnitedHealth Group, the largest private insurer offering Medicare Advantage coverage to seniors, said it’s still reviewing the drug and awaiting input from Medicare,” according to a Reuters report, “while Humana, the second-largest provider of Medicare Advantage plans, also said it has not finalized coverage for Aduhelm. Several Blue Cross Blue Shield health insurance plans, including those in Michigan, North Carolina, and Pennsylvania, also have said there is insufficient evidence of Aduhelm’s benefit for patients and they will not provide coverage for the drug.” Cleveland Clinic says its physicians can prescribe the drug, but they’ll have to go elsewhere to get it administered.

Now what about Medicare itself?

In 2017, about two million Medicare beneficiaries used an Alzheimer’s treatment, notes the Kaiser Family Foundation. It calculates that if just a quarter of those take Aduhelm, it would be over three-fourths of Medicare’s total 2019 spending on Part B drugs, which are the prescriptions administered by doctors. Make it half the patients and the cost goes to $57 billion, or well above current total spending for all of Part B. We could rename “Medicare” to “Biogenocare.”

But it gets worse.

The $56,000 for the drug alone is probably an underestimate. In a new Health Affairs analysis, Peter Bach, M.D., former director of the Center for Health Policy and Outcomes at Memorial Sloan Kettering Cancer Center, says the company’s widely cited $56,000 annual price is based on vials in turn based on patient weight. But wastage from extra, partial vials he estimates will probably push the average annual cost per Aduhelm patient to between $61,000 and $62,000.

So Congress, despite receiving much largesse from pharmaceutical companies, has gotten involved, with two House committees preparing an investigation — although how deep it will go is anybody’s guess. It may just be over the price of the drug, or it could go deeper and investigate the FDA’s cozy relationship with Biogen.

That means the acting FDA commissioner (meaning she’s not yet confirmed) is sweating it. Dr. Janet Woodcock has requested an investigation by the Department of Health and Human Services’ Office of Inspector General into the controversial approval. Again, it won’t go directly to the science but rather to contacts between representatives from Biogen and FDA during the review process, “including some that may have occurred outside of the form correspondence process,” said Woodcock.

Nobody’s saying Biogen slipped thick envelopes under the door at the FDA, but rather that this is a blatant case of “regulatory capture.” That’s a form of crony capitalism based on an understanding that when regulators leave their positions they will get cushy jobs or consulting agreements with those they favored. As Maxim Jacobs noted in the American Conservative, “The FDA has been captured for quite a while. In a 2016 study published in the British Medical Journal, the majority of the FDA’s hematology-oncology reviewers who left the agency ended up working or consulting for the biopharmaceutical industry.”

Further, “In another investigation by Science magazine, 11 of 16 FDA reviewers who worked on 28 drug approvals and subsequently left the agency are working or consulting for the companies they recently regulated.” He provided other examples.

As I previously noted, the FDA simply doesn’t withdraw drug approvals unless it gets new evidence of dangerousness, such as with the anti-inflammatory Vioxx in 2004 that proved to significantly raise the risk of heart attacks in users. So it appears Aduhelm is here to stay — even if it fails the clinical trial due in 2029.

We know the agency often approves drugs and devices that may be statistically significantly better than a placebo but have no real-world impact. One such is the 2019 approval of the weight-loss drug (actually labeled a device) called Plenity, which expands in the digestive tract and gives a feeling of fullness. Taken 30 minutes before two meals daily, users in trials lost 6.6 percent of body weight in six months compared to 4.4 percent on the placebo. The difference is 2.2 pounds in a 200-pound person.

You won’t fit in your prom clothes again using Plenity, and it won’t impact your health — which should be the endpoint. There are no long-term data — product approved, so who cares? Side effects appear to include increased risk of constipation, gastritis, and flatulence. It costs about $1,300 a year out of pocket, plus doctor visits to get and maintain the prescription. But what if instead you simply ate a large piece of fruit that provides nourishment and doesn’t have those unpleasant side effects? You might lose more weight with the fruit, but nobody will do that study. No money in it.

Meanwhile, the Aduhelm controversy will just get uglier. Last week the Institute for Clinical and Economic Review announced that its special panel voted 15-0 that there was “insufficient” evidence that the drug was any better than nothing, and the New York Times investigation quoted a scientist with special expertise saying that “This approval shouldn’t have happened.”

That scientist was Dr. Vissia Viglietta, a former Biogen senior medical director, who helped design the two late-stage clinical trials of the drug. She continued, “It defeats everything I believe in scientifically and it lowers the rigor of regulatory bodies.”

Michael Fumento (www.fumento.com) is an attorney, journalist, and author of multiple books, including BioEvolution: How Biotechnology Is Changing Our World.