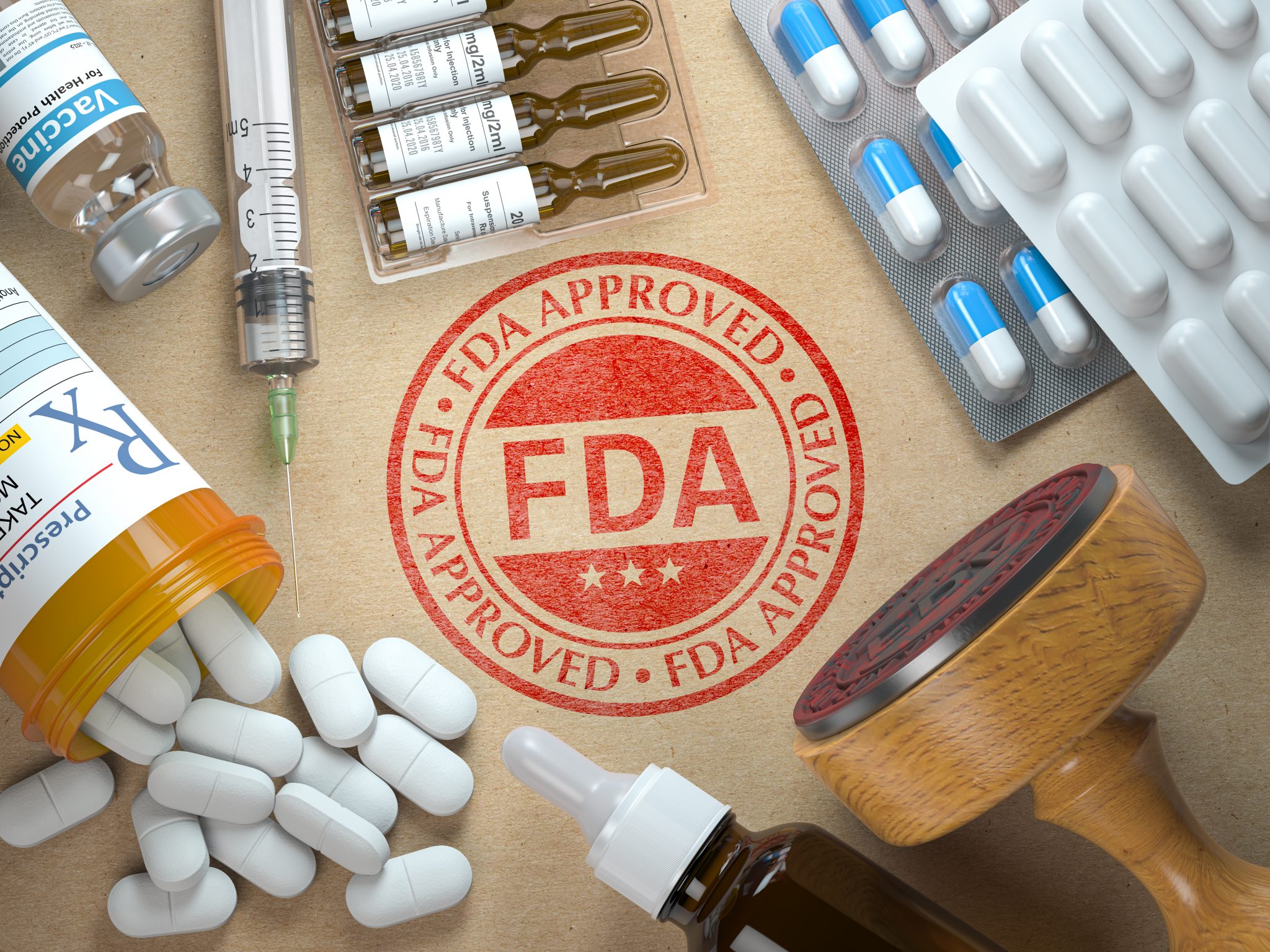 Everyone makes mistakes, and we’ve long known the U.S. FDA is no exception. But it’s hard to think of a worse one at a worse time than its approval of the Biogen therapeutic monoclonal antibody aducanumab (brand name Aduhelm) for treatment of Alzheimer’s. At best the drug may slightly slow development of the disease, though there’s precious little evidence for that; the taxpayer bill could be tremendous; and ultimately it may be a tremendous setback for Alzheimer’s drug development.

In November, 10 members of an 11-member FDA panel voted against approval, with the final member voting “uncertain.” Now three have resigned in protest. This occurred as a survey of biopharma industry insiders published by Endpoints News found only 15 percent agreed with the decision. “It’s a horrifying abdication of the agency’s responsibility as a vanguard of scientific truth. It makes a mockery of statistical rigor and their own advisors, and it will do irreparable damage to health care economics, research into Alzheimer’s, and their own reputation,” said one respondent. Okay, sure, but besides that?

In 2019, Biogen halted aducanumab trials after finding no difference compared to a placebo. Its stock value dropped by a third. But then, lo!, it later concluded that at the highest doses there was statistically significant slowing in measurable indicators of cognitive decline. And clearly it reduces the plaques and tangles associated with the disease. It presented this evidence to the FDA but remarkably has never published the results in a medical or science journal. Nevertheless, the agency gave what it calls “accelerated approval” for an injected drug priced at a cool $56,000 annually.

At best the drug may slightly slow development of the disease, though there’s precious little evidence for that; the taxpayer bill could be tremendous; and ultimately it may be a tremendous setback for Alzheimer’s drug development.

More than six million Americans are living with Alzheimer’s disease, and this number will surely grow as the population ages. While some experts had expected the FDA to approve the antibody only for people with early-stage disease, the regulator has not limited its use — anyone with Alzheimer’s can potentially take it. Biogen will charge around $56,000 per year per person for the drug, shocking Wall Street analysts who had expected a price tag of $10,000 to $25,000. If just 5 percent of the current six million receive the treatment, the drug’s revenue would reach nearly $17 billion per year and be the second top-selling drug, by current revenues.

It could lead to an expansion of Medicare Part B (physician-administered drugs) spending by more than $100 billion annually. And while Medicare (and independent insurers) could refuse reimbursements based on the paucity of evidence and the high price, lobbyists and individuals with ailing relatives and friends will surely raise holy hell. “What Aduhelm offers, hopefully, is a hope,” as a Biogen representative craftily put it. Even squaring little or nothing still equals little or nothing, but rationality understandably goes out the window when you’re watching a loved one slowly slip away.

And no, there’s no possibility any benefits will begin to offset that figure. The nonprofit Institute for Clinical and Economic Review has estimated that if there were any benefit at all, a cost-effective price is $2,500–$8,300 per year.

Biogen said some patients taking aducanumab saw cognitive skills decline 22 percent more slowly than patients on a placebo, but that means a difference of just 0.39 on an 18-point score of cognitive and functional ability. Whether that has the least difference in the real world is unknown.

Seriously, at every level it looks like the FDA granted Biogen an early Christmas present. Even though the trials were only on persons with early-stage Alzheimer’s, the agency approved its usage for any stage of the disease.

Mind, aducanumab is not without significant adverse effects either. Painful cerebral edema was reported by 35 percent of users.

Since it has essentially admitted that the data showing a slowing in mental decline isn’t convincing, the FDA has told Biogen it must initiate yet another clinical trial, a rare Phase IV. But insiders don’t think results will matter. The drug is approved, and the FDA only yanks approved drugs when they prove dangerous, not if later studies show lack of efficacy. And the agency gave Biogen until 2029 to complete the study. Independent researchers may publish findings that the drug is ineffective, but it will be antibodies under the bridge.


When asked why it didn’t do a confirmatory trial before approval, a Biogen spokesman gave an excellent answer — the FDA didn’t ask!

Even more damning was the new endpoint the FDA has set for Alzheimer’s drug approval. A press release by Dr. Patrizia Cavazzoni, director of the FDA’s Center for Drug Evaluation and Research, spoke of “residual uncertainties” (Hmm … ). But, she declared, “treatment with Aduhelm was clearly shown in all trials to substantially reduce amyloid beta plaques. This reduction in plaques is reasonably likely to result in clinical benefit.”

Other drugs that demonstrably help clear out those plaques and tangles have so far done nothing to slow Alzheimer’s progression. Merck’s Verubecestat reduced plaques by 60 to 80 percent but was no better and by some measurements worse than a placebo in slowing cerebral debility. Maybe all these drugs were administered at the wrong time or there are other explanations. It remains that so far they have been a failure.

But with plaque reduction now declared by the FDA to be a legitimate endpoint for an Alzheimer’s drug, those very treatments can be dusted off and resubmitted for approval. Meanwhile, “Drug companies Eli Lilly, Roche and Eisai already have anti-amyloid antibodies in phase III trials. They, too, might now be able to secure approvals with evidence of amyloid-lowering activity, regardless of their effects on cognition,” notes the science journal Nature. That’s why Lilly’s stock jumped over 10 percent upon the FDA announcement of Biogen’s approval.

And maybe hair dye can be approved as an anti-aging treatment.

Thus with the sudden endpoint switch, the FDA may have caused a horrific delay in actually beneficial Alzheimer’s therapies by approving what could well be recombinant snake oil. So what explains this bizarre course of events?

Perhaps the FDA has become sensitive to accusations that it’s blocking promising drugs on the theory that if you kill off a dozen that have potential nobody ever hears of it but if you green-light one that later proves dangerous all hell breaks loose. I have a colleague who formerly worked for the FDA who essentially built his career pushing this thesis.

Perhaps it’s sensitive to the reality that, across the board, medical discoveries have not matched either predictions or begun to approach those in other areas of technology. Even as cell phones have gone from literally just that to essentially pocket supercomputers with amazing cameras, it’s been 18 years since any drug has been approved for Alzheimer’s, and even what’s been approved is close to worthless.

But more sinister is the concept of regulatory capture, a form of crony capitalism in which members of the regulatory agency later collect on “debts owed.” Writing in the American Conservative, Maxim Jacobs states, “The FDA has been captured for quite a while. In a 2016 study published in the British Medical Journal, the majority of the FDA’s hematology-oncology reviewers who left the agency ended up working or consulting for the biopharmaceutical industry.”

Jacobs notes, “In another investigation by Science magazine, 11 of 16 FDA reviewers who worked on 28 drug approvals and subsequently left the agency are working or consulting for the companies they recently regulated.” And he provides other examples.

It’s easy enough to understand that drug companies need to make a profit to continue to provide their services, and if the FDA cuts them undue slack, they won’t turn it down. Biogen isn’t the bad guy here. It’s the guys in the white hats who let us down.

Michael Fumento (www.fumento.com) is a journalist, and attorney who specializes in health issues. Among his five published books is BioEvolution: How Biotechnology Is Changing Our World.