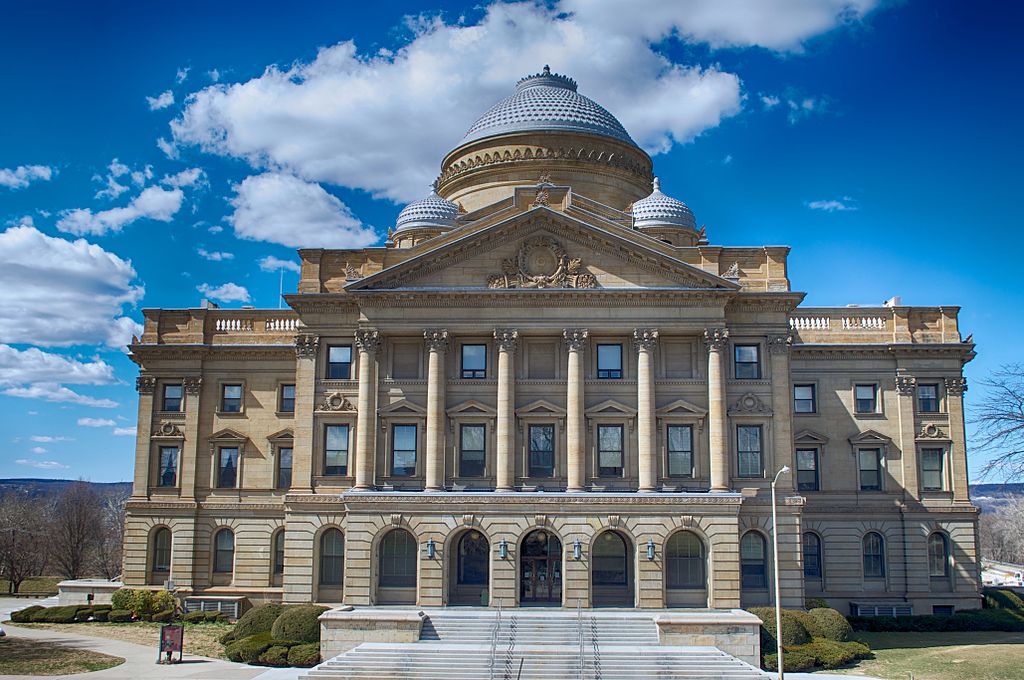 The headline over there at Mediaite was this:

The story by Rudy Takala said this:

The Federal Bureau of Investigation announced Thursday that it was investigating issues with mail-in ballots in Pennsylvania’s Luzerne County after recovering at least nine votes that had been improperly discarded.

“Since Monday, FBI personnel working together with the Pennsylvania State Police have conducted numerous interviews and recovered and reviewed certain physical evidence,” the Justice Department said in a press release. “At this point we can confirm that a small number of military ballots were discarded. Investigators have recovered nine ballots at this time. Some of those ballots can be attributed to specific voters and some cannot. All nine ballots were cast for presidential candidate Donald Trump.”

Well, imagine that. Here we are still 40 days from the November election, and already Trump votes — military ballots at that — went missing. In Pennsylvania, a central battleground state that Donald Trump won by 44,000 votes.

Note as well that the “discarded” ballots were from Luzerne County. I am a Pennsylvanian, and for those readers who are not, let me take a minute to explain the significance of this.

Salena Zito, one of the best reporters out there and herself a Pennsylvanian, hopped in her car in 2016 and seriously covered the campaign as it unfolded. She wrote a book about it with co-author Brad Todd, The Great Revolt: Inside the Populist Coalition Reshaping American Politics.

Traditionally, Luzerne County has been emblematic of the heart and soul of the Democratic Party. Its residents personified the character traits of the New Dealers; they supported government social programs that served as a social safety net for the residents, they were pro-life, pro-gun, they joined unions and churches alike, they were multidenominational but were likely found in someone’s pew most Sundays.

By 2016, they write, dozens of churches were shuttered: “The small groceries, movie houses, diners, taverns, and schools that surrounded them are also gone. Many of the homes are worn away by decay, neglect, or abandonment. When the jobs left, the people left.”

So too was there another book that featured Luzerne County in 2016. That would be Ben Bradlee Jr.’s The Forgotten: How the People of One Pennsylvania County Elected Donald Trump and Changed America.

Bradlee says this in the epilogue of his detailed look at Luzerne County, talking to various county residents:

With only some reservations, the men and women of Luzerne County that I interviewed for The Forgotten give Donald Trump high marks after eighteen months of his presidency, and all but one say if the 2020 election were to be held now, they would vote for the president again.

The obvious question: Traditionally Democrat Luzerne County voted for Trump and played a serious role in Trump’s 44,292 vote statewide victory. So how can Trump lose Luzerne County and then Pennsylvania? Answer: Nine discarded ballots at a time.

And the nine discarded and recovered votes are only the tip of the iceberg problem here in the Keystone State. Here’s the Wall Street Journal editorial board on the subject of mail-in ballots in Pennsylvania:

Pennsylvania has already suffered one interminable mail-vote delay in 2020, and a repeat in November could draw the entire country into a legal brawl, while putting the result of the presidential election into serious doubt. How about heading off this too-predictable debacle before it happens?

A week after the June 2 primary, about half the counties in the Keystone State were still tallying ballots. On June 11, Philadelphia alone had 42,255 votes uncounted. President Trump won Pennsylvania in 2016 by 44,292.…

But on present trend, in a close presidential race, we are headed toward a vote-counting mess in which both sides claim victory. Don’t rule out furious supporters of the candidates battling in the street. If you think this isn’t possible in America, you haven’t been paying attention to this year’s “summer of love.”

The Journal has gotten this exactly right.

And the fact that this “vote-counting mess” is already beginning, six weeks out, should serve as the reddest of red flags about what lies ahead in Pennsylvania.

As the Journal suggests ever so gently, Pennsylvania Gov. Tom Wolf, a Democrat, and Pennsylvania’s Republican-run Legislature, should “get together now” to fix the problems that have already appeared. Not to mention they should be on the ball to find out just how those “discarded” ballots in Luzerne County came to be discarded in the first place — and just who it was that discarded them.