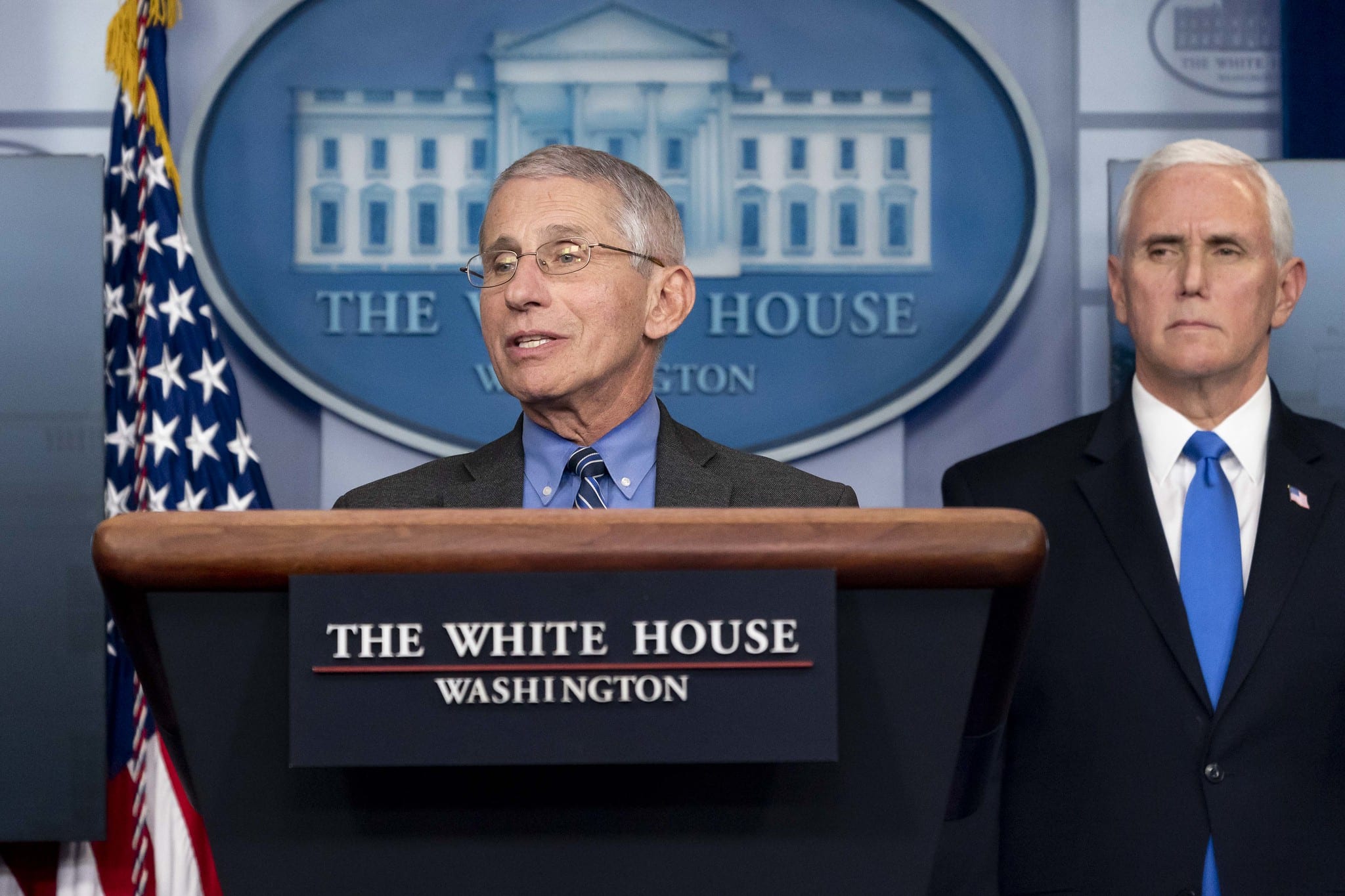 Ten years ago I published an article called “No More Crying ‘Spanish Flu,’ ” in part because with every pandemic or potential pandemic that’s exactly what public health service gurus and the media were doing. And in part because the comparison to the 1918–19 flu was always ludicrous, based not on science but primal fear.

Well, it’s happened again. And this time the klaxon-ringer is no less than the nation’s top health official, National Institutes of Allergies and Infectious Diseases Director Dr. Anthony Fauci.

Even a virus far more deadly than that of the Spanish flu would not pose a similar threat because of tremendously different conditions then and now.

Fauci’s advice and counsel during the coronavirus pandemic has been “uneven,” to say the least. Most recently, he said of New York, the state with the second-highest COVID-19 deaths per capita, that the state did it “correctly.” But he’s never been particularly reliable. In 1983, he made a huge splash with a medical journal article stating that AIDS could be transmissible through casual contact. Fauci repeated the pattern during successive disease panics, such as when he declared 16 years ago that we’re “due” for “massive person-to-person” spread of Avian flu H5N1.

While Fauci didn’t define “massive,” according to one estimate by a CDC modeler “even in the best-case scenarios” it would “cause 2 to 7 million deaths” worldwide. British epidemiologist Neil Ferguson (whose prediction of 500,000 coronavirus deaths in Britain and two million in the U.S. would lead to economically ruinous nationwide lockdowns in both countries) scaled that back to “only” 200,000. As it turned out, the disease killed 440 worldwide.

More recently, Fauci sounded the threat of the Zika virus, demanding billions more in taxpayer funds. It barely touched two U.S. states before burning out on its own.

As to his Spanish flu comparison, on Tuesday he told a Georgetown University webinar, “If you look at the magnitude of the 1918 pandemic where anywhere from 50 to 75 to 100 million people globally died (325 to 430 million adjusted to today’s population), that was the mother of all pandemics and truly historic. I hope we don’t even approach that with this, but it does have the makings of, the possibility of … approaching that in seriousness.”

Granted, he’s still ahead of CDC Director Robert Redfield, who has already indirectly stated that coronavirus is worse than the Spanish flu. But that may not be saying much.

We already know that COVID-19 has a far lower mortality rate than even lesser 20th-century flu pandemics. The CDC’s “best estimate” is around 0.26 percent. That compares to about 0.67 percent for the  “Asian flu” of 1957–58, which in turn was vastly milder than Spanish flu.

Further, even a virus far more deadly than that of the Spanish flu would not pose a similar threat because of tremendously different conditions then and now.

In 1918, the world was at war. In part because of that, people were in far poorer general health than we are today, with malnourishment commonplace. We know malnourishment is a powerful factor in infectious disease severity. Apparently only 10 to 15 percent of Irish people who died during the great potato famine of 1845–50 actually starved, with the rest carried off by diseases such as typhus.

Far from “social distancing,” soldiers were packed like veritable sardines in barracks, box cars, ships, and trenches. The first identified outbreak of the disease, curiously associated with Spain, was actually in the crowded environs of Fort Riley, Kansas.

Back then, medicine was not so advanced as it is today: “The arsenal of available medical countermeasures to treat pandemic influenza virus infections in 1918 was quite basic and largely limited to supportive care,” notes one medical journal paper. Common “treatments” included aspirin, fresh air, and sunshine.

We’ve come a long way. Among other things, we’ve developed flu vaccines, pneumonia vaccines, and pulmonary intubation. There were no effective antivirals until fairly recently, and, rather amazingly, even use of IV tubes for hydration, nourishment, and continuous medicine injection wasn’t common in the U.S. until the 1960s.

Unfortunately, development of new medicines remains agonizingly slow compared to, say, incredible advances with electronics. So despite almost countless new drugs being developed against COVID-19, don’t expect any miracles in the near future.

But in the last century we’ve certainly done a lot of pharmaceutical shelf-stocking, and there’s nothing a pharma company loves more than getting new tricks out of old drugs. Thus one such, the steroid dexamethasone, appears to make pulmonary intubation significantly safer and thus more effective for coronavirus patients, while another, the antiviral remdesivir, appears to at least shorten coronavirus hospital stays and may also reduce mortality.

Although there are about 140 COVID-19 vaccine candidates and some now approaching Phase III (usually the final phase) of testing, it shouldn’t be simply assumed we’ll shortly have one that’s both safe and reasonably effective shortly. So it would be questionable to base policies on that assumption. But advances in the studies of virology, immunology, and computing power, especially artificial intelligence, mean we can probably expect such a vaccine in record time.

And this is rather important: There were no antibiotics in 1918–19, and, as one medical journal paper put it, “The majority of deaths in the 1918-1919 influenza pandemic likely resulted directly from secondary bacterial pneumonia caused by common upper respiratory-tract bacteria.” The chief researcher for that paper?

Michael Fumento (www.fumento.com) is an author and journalist who has specialized in writing on epidemics for 35 years.