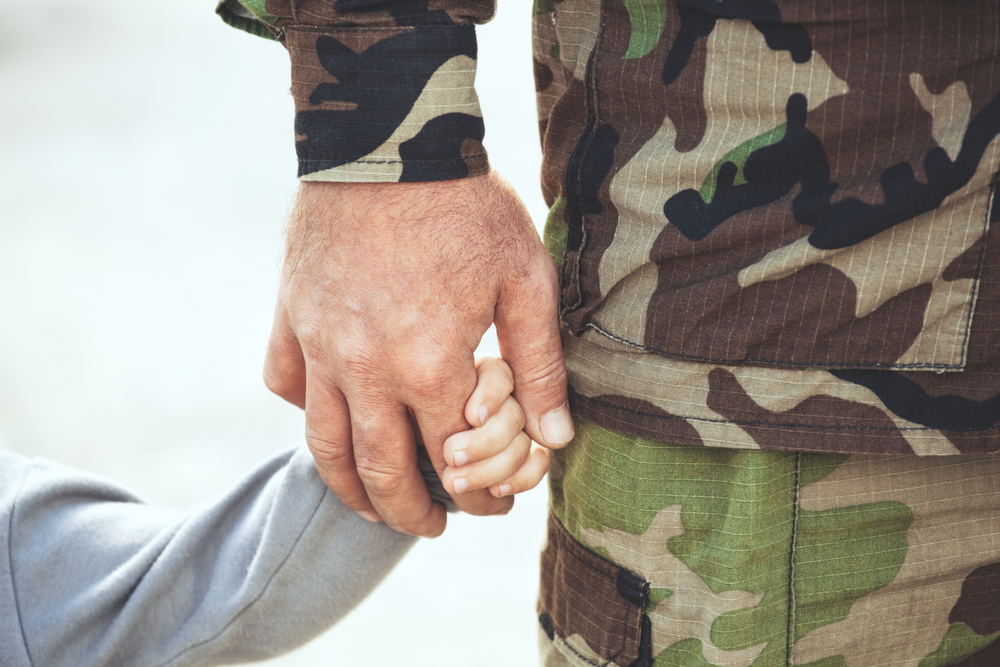 Like many sons as Father’s Day approaches, I have only fond memories of my father, Frank F. Sempa. I loved and admired him while he was alive, but my admiration for him only grew greater after he died, when I began research for a book I wrote about him called Somewhere in France, Somewhere in Germany: A Combat Soldier’s Journey through the Second World War (Hamilton Books, 2011).

My father, who lived in the small town of Avoca, Pennsylvania, was drafted into the U.S. Army in April 1941. He served in the 29th Infantry Division, which trained stateside at Fort George Meade in Maryland, A.P. Hill military reservation in Virginia, and Camp Blanding, Florida. On October 5, 1942, he boarded the Queen Elizabeth bound for Scotland and England. The 29th Division trained for Operation Overlord, the invasion of Hitler’s fortress in Europe.

My father and his regiment (the 175th) landed on Omaha Beach on June 7, 1944, D-Day plus 1. He fought in the Battle of the Hedgerows — tough, grueling warfare in which each hedgerow-bound field became its own universe of battle. His division helped capture and secure the key French city of Saint-Lô. From there, the 29th Division captured the town of Vire and then were transported west to lay siege to the Port of Brest, which finally surrendered in mid-September 1944.

The 29th division entered Germany in early October 1944 and attacked portions of the Siegfried Line. By the end of November, my father’s division was poised to cross the Roer River across from Julich, but the attack was called off in December when Germany launched its surprise attack in the Ardennes (the Battle of the Bulge). It was not until late February 1945 that the 29th Division (as part of the Ninth Army) crossed the Roer and captured Julich. From there, my father’s division advanced to the Rhine River, and by V-E Day it was on the west bank of the Elbe River.

When my father returned home from the war, he continued his career as a newspaperman (not a “journalist”) with the Scranton Tribune. He worked at the paper for more than 40 years, eventually becoming City Editor in 1973. He retired in 1982 and died of heart failure in 1988 at the age of 72.

A few years after my father died, my sister found shoeboxes stuffed with envelopes in the basement of her home. The envelopes contained hundreds of letters that my father wrote to his parents during the war, many written on the small pieces of paper known as V-Mail. The letters were written from stateside training camps, England, and “somewhere in France” and “somewhere in Germany” (hence my book’s title). Armed with those letters and two newspaper columns my father wrote reminiscing about his wartime service, I began to research the history of the 29th Division in World War II. Joseph Balkoski’s five-volume history of the 29th was invaluable, as was Joseph Ewing’s Twenty-Nine, Let’s Go. I also accessed the division’s after-action reports, which enabled me to place my father’s letters into accurate wartime context.

The letters revealed my father as a devoted son, a courageous combat soldier, and a patriot. For example, after hearing about the Japanese attack on Pearl Harbor, my father wrote to his parents, “While clouds are black there is bound to be a silver lining so all we can do is hope and pray that [the war] ends soon. We will all have to be good soldiers.”

After he arrived in England to train for Overlord, my father wrote about the bravery of the British people. “Being in England,” he wrote, “gives one a better conception of what these brave people have gone through. Despite all of their hardships they sure do have spirit.”

In a newspaper article my father wrote 25 years after D-Day, he recalled the scenes on Omaha Beach on June 7: “Death was everywhere on Omaha Beach. In seconds after landing, you realized that war is hell.”

Throughout the Battle of the Hedgerows, the siege of Brest, the Siegfried Line offensive, and the crossing of the Roer, my father in his letters home attempted to downplay the danger he faced every day. He also regularly sent money home to help his parents meet their financial obligations.

As the war was winding down, my father mentioned in a letter that he had seen a slave labor camp in Germany. The 29th Division liberated a slave labor camp at Dinslaken. He told his parents in a letter dated May 4, 1945, “Everything you read about those German camps is true. I saw one of them and let me tell you it was brutal. You should have seen this camp. Very, very brutal.” He never mentioned the camp to me. For that matter, he rarely talked to me or my siblings about the horrors of war.

After Germany’s surrender, troops were sent home according to a point system. The points system was based on length of service and battle credits. A soldier needed 84 points to go home. My father had 105.

Although he earned the Bronze Star, the Combat Infantryman’s Badge, the Good Conduct Ribbon, the Arrowhead for the assault on Omaha Beach, five overseas stripes, and four major engagement stars, he did not consider himself a hero. Most of the real heroes, he once told me, never made it back.

In 2013, my wife and I visited Omaha Beach. We walked slowly through the American Cemetery to view the graves of those men my father called “the real heroes.” I left a copy of my book at the visitor’s center. I hope they display it, and I hope new generations of Americans who visit the cemetery will read it. We also journeyed into the hedgerow country of Normandy. It’s a miracle, I remember thinking, that my father and others survived the fighting there.

I’ll close with what I wrote in the preface to my book:

Most sons look up to their fathers as role models. Even before I wrote this book, I looked upon my father that way. Researching and writing this book has made me appreciate him even more. The letters he wrote home to his parents and his wartime service reveal a courageous, brave, and caring young man. Remarkably, while he was fighting among hedgerows, participating in the capture of St Lo, laying siege to Brest, and penetrating the Siegfried Line, his first concern was not himself, but the well-being of his mother and father. Just as later in life, his first concern was never himself, but always his children.