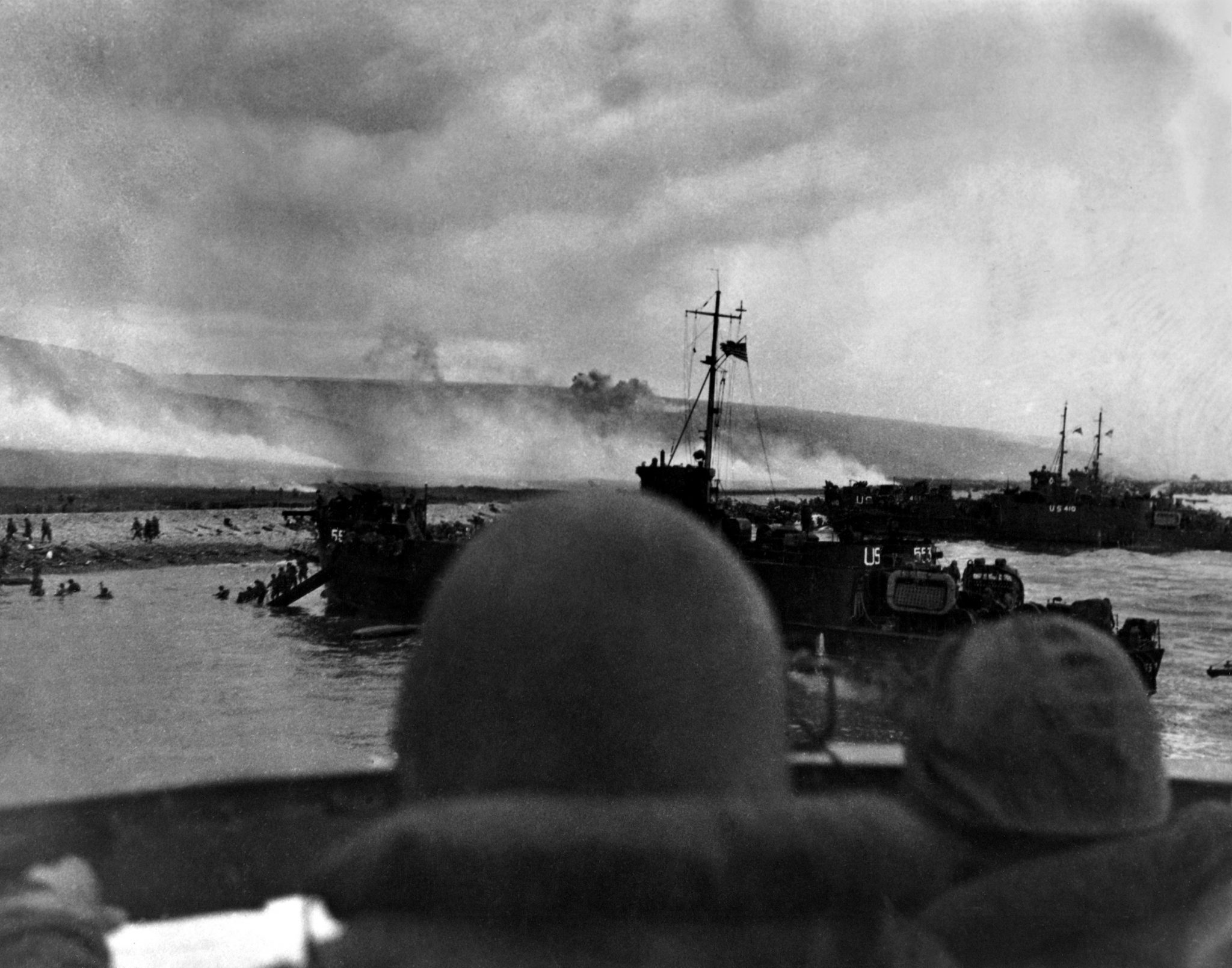 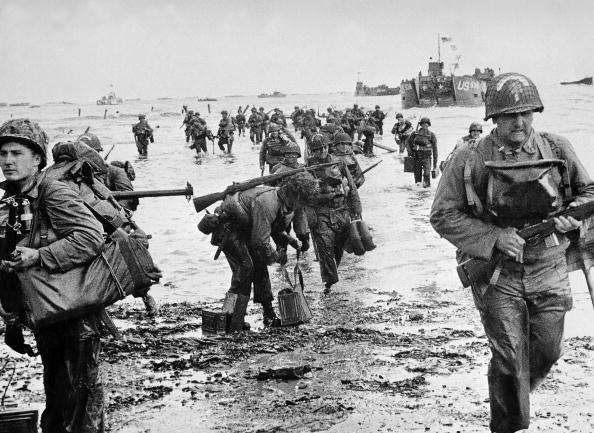 Pictured above is my wife’s Uncle Charlie landing on Utah Beach 77 years ago. He is the soldier in the right foreground. He made it off the beach and fought across France and into Germany before the war in Europe ended. Despite being in the thick of the fighting, he survived and returned home to raise a family and live in peace.

Like most of his generation of war fighters, he said very little about his combat experiences. One day, however, over drinks, he quietly reflected that “D-Day in Normandy was the noisiest day of my life. I was so scared that, if I could have figured out a way to breathe underwater, I would have gone under and stayed there.”

For many years after the war, Kodak had a huge enlargement of the above picture on display at New York’s Grand Central Station. The picture has appeared in countless history books, magazines, and newspapers.

Years ago, after Uncle Charlie had passed on, my wife and I went to Normandy, where we visited Utah Beach where he had landed; Pointe du Hoc, which the Army Rangers had scaled and seized; and Omaha Beach, where the First and 29th Infantry divisions had suffered so many casualties. From there we made a pilgrimage to the American Military Cemetery on the bluff above Omaha Beach.

Standing there looking out on the seemingly endless rows of white grave markers, the enormity of the invasion, the sacrifice of our troops, and the massive losses that they had suffered hit us hard. We openly wept and silently prayed for all of those kids — for that is what they were — who were entombed before us.

Still trying to absorb what we had seen, we silently drove toward the British and Canadian invasion beaches. Then, bigger than life, there was Uncle Charlie on a roadside billboard wading onto the beach with his carbine at port arms.

As we continued on, at regular intervals all the way to Caen, we saw him on billboards, posters, handbills plastered to utility poles, and in a display at a small roadside museum. He seemed to be everywhere.

I wished he had still been alive so I could have told him that, just like Jerry Lewis, he was a big deal in France. He would have had a good laugh about being the leading pin-up boy in Normandy.

The night before D-Day, as Uncle Charlie and the invasion fleet were crossing the English Channel, President Franklin Roosevelt broadcast to the nation the news about the liberation of Rome by Allied troops. Because the date and location of the Normandy invasion were still top secret, the president had said nothing about it.

But once the secret was out, on the evening of June 6, 1944, the president again addressed the nation by radio. Here is the audio of what he said, and here is the transcript of his remarks:

My fellow Americans: Last night, when I spoke with you about the fall of Rome, I knew at that moment that troops of the United States and our allies were crossing the Channel in another and greater operation. It has come to pass with success thus far.

And so, in this poignant hour, I ask you to join with me in prayer:

Almighty God: Our sons, pride of our Nation, this day have set upon a mighty endeavor, a struggle to preserve our Republic, our religion, and our civilization, and to set free a suffering humanity.

Lead them straight and true; give strength to their arms, stoutness to their hearts, steadfastness in their faith.

They will need Thy blessings. Their road will be long and hard. For the enemy is strong. He may hurl back our forces. Success may not come with rushing speed, but we shall return again and again; and we know that by Thy grace, and by the righteousness of our cause, our sons will triumph.

They will be sore tried, by night and by day, without rest, until the victory is won. The darkness will be rent by noise and flame. Men’s souls will be shaken with the violences of war.

Some will never return. Embrace these, Father, and receive them, Thy heroic servants, into Thy kingdom.

And for us at home — fathers, mothers, children, wives, sisters, and brothers of brave men overseas — whose thoughts and prayers are ever with them — help us, Almighty God, to rededicate ourselves in renewed faith in Thee in this hour of great sacrifice.

Many people have urged that I call the Nation into a single day of special prayer. But because the road is long and the desire is great, I ask that our people devote themselves in a continuance of prayer. As we rise to each new day, and again when each day is spent, let words of prayer be on our lips, invoking Thy help to our efforts.

Give us strength, too — strength in our daily tasks, to redouble the contributions we make in the physical and the material support of our armed forces.

And let our hearts be stout, to wait out the long travail, to bear sorrows that may come, to impart our courage unto our sons wheresoever they may be.

With Thy blessing, we shall prevail over the unholy forces of our enemy. Help us to conquer the apostles of greed and racial arrogancies. Lead us to the saving of our country, and with our sister Nations into a world unity that will spell a sure peace, a peace invulnerable to the schemings of unworthy men. And a peace that will let all of men live in freedom, reaping the just rewards of their honest toil.

Thy will be done, Almighty God.

Few of those sons remain. So, as the last of them pass from our midst, I am reminded of  the words of an old British barracks song that my late father, another World War II veteran, used to sing:

Bless all the sergeants and WO1s
Bless all the corporals and their b*****d sons
Cause we’re saying goodbye to them all,
As back to their billets they crawl
You’ll get no promotion this side of the ocean,
So cheer up my lads, bless ’em all.

George Parry is a former federal and state prosecutor. He blogs at knowledgeisgood.net and may be reached via email at kignet1@gmail.com.