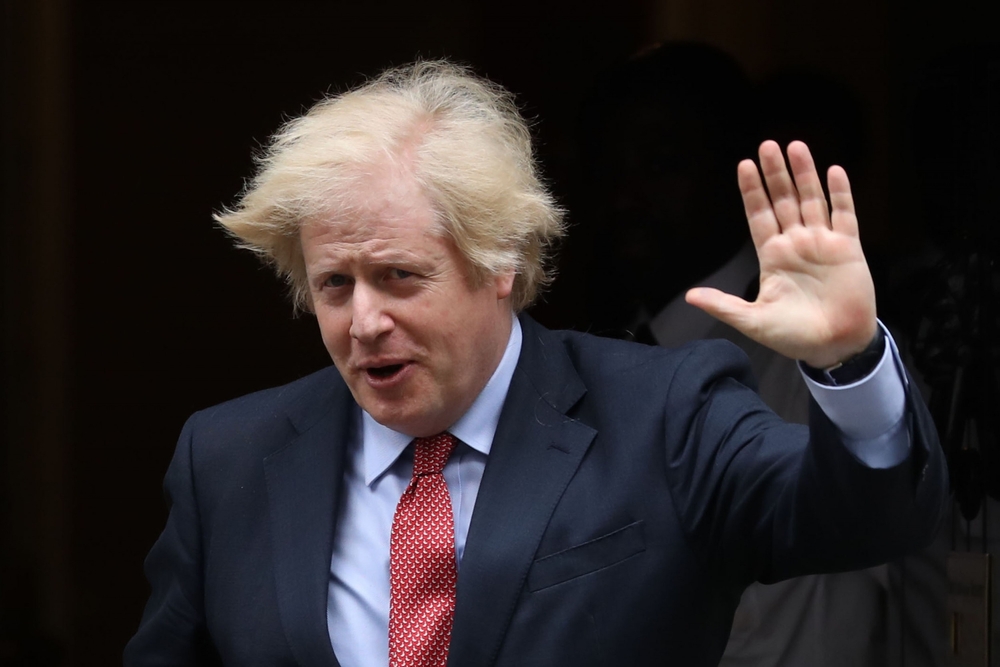 Boris has gone. He really has. The biggest personality in postwar British politics, bigger even than Churchill, has been brought down. His many opponents are jubilant, his many supporters distraught.

Boris, as befits someone of such incredible charisma (he was always Boris, never Johnson), divided opinion like no other. Those who loved him point to his can-do sunny optimism, inclusive patriotism, utter lack of malice, and spectacular ability to reach across the political divide and garner support from Britain’s “left-behinds,” who had either never voted Conservative before or never voted at all. The posh boy, schooled alongside royalty at Eton and Oxford, was far more popular among the common people of England’s northern industrial heartlands than he was among the university-educated elites who dominate Britain’s business and cultural institutions. Boris may have had some supporters in the BBC, the Confederation of British Industry, and the Foreign Office. But not many. Yet, go to inner Stoke or outer Macclesfield, and he was adored.

Those who hated him (and yes, the word “hate” is accurate) describe him as a disgrace, a charlatan, and a chancer, someone who bent the truth at will, lied when it suited him, and demeaned the high office he was privileged to hold. He conned the British public over Brexit, they claim, promising what could never be delivered, and then broke his own COVID lockdown rules, which he expected everyone else to follow.

It would be churlish of his supporters not to admit that there is an element of truth to these criticisms. Boris was all too human, often blurting out what was convenient rather than strictly true, because, well, it was convenient. And then we’d go through a familiar process of woolly explanations, denials, and finally apologies. Goodness knows how many women he’s left in his wake, and how many children from how many relationships. Is it seven kids? We’ve lost count.

Perhaps the combination of very human failings and a vengeful British elite meant that Boris stood little chance of lasting.

Yet he was a serial election-winner. London has been a socialist city since the year dot, but Boris won it twice as Conservative mayor. In 2016, he campaigned for Britain to exit the EU, and his influence and unofficial leadership for “Leave” swept all before it. Simply put, Britain would not have voted for Brexit without Boris. And then, in 2019, he rescued the Conservative Party from the dire Theresa May and within a matter of months had won a landslide victory in a general election, saving the country from the hard-left Labour candidate, Jeremy Corbyn, who made Bernie Sanders look thoroughly moderate and mainstream. It was the biggest Conservative majority since Margaret Thatcher in 1987. I’d say it saved the country from Corbyn ruin.

So, what brought him down? Two things. First, his own failings. As an instinctive libertarian, he was reluctant to impose lockdown on Britain. But when he was bullied into it by his own advisers, it was only a matter of time before he’d break his own rules, with photographs emerging of him drinking wine with colleagues at a time when any social contact of any sort was, absurdly, prohibited. He then denied, obfuscated, and finally apologized — the same old story.

Then, just this past week, he denied, obfuscated, and finally apologized over his prior knowledge that one of his senior ministers, Chris Pincher, had been accused of sexual harassment of young men. It was a terrible Boris own goal. If he’d come clean right away, he’d still be in office now. But, somehow, he couldn’t. It was the final straw for many of his own side. Terrible headlines day after day drained his support.

But the second element that brought him down was the sheer thirst for revenge of those who hate (that word again) Brexit and want to destroy the man most responsible for it. It is hard to overstate the disgust that many Britons, especially those in Britain’s elite institutions, have for the whole concept of leaving the EU — never mind that it was the democratic will of the British people — and their determination to overturn the vote, whatever it takes. It is a divide every bit as great and unforgiving as between those in the U.S. who are pro-choice and pro-life. And if you get on the wrong side of Britain’s elites, you’re in big trouble. Yes, Boris broke his own lockdown rules. But the way the unashamedly pro-EU broadcasters such as the BBC reacted, you’d have thought he was serial killer who drowned orphans in his spare time.

Perhaps that combination of very human failings and a vengeful British elite meant that Boris stood little chance of lasting.

But in his three years in power, he got the big things right. He got Brexit done when nobody believed it possible. He was determined to release Britain from lockdown purgatory, despite his opponents saying he was reckless to do so — and he was proved right when COVID cases actually fell. And, unlike the appeasers in France, Germany, and Italy, he offered principled and forthright support for Ukraine’s President Volodymyr Zelensky. The fact that Vladimir Putin is celebrating Boris’s demise tells you all you need to know.

His supporters will miss him. Those who deposed him may live to regret it. And life without Boris will be a whole lot less colorful. We wish him well. We’ll miss him.