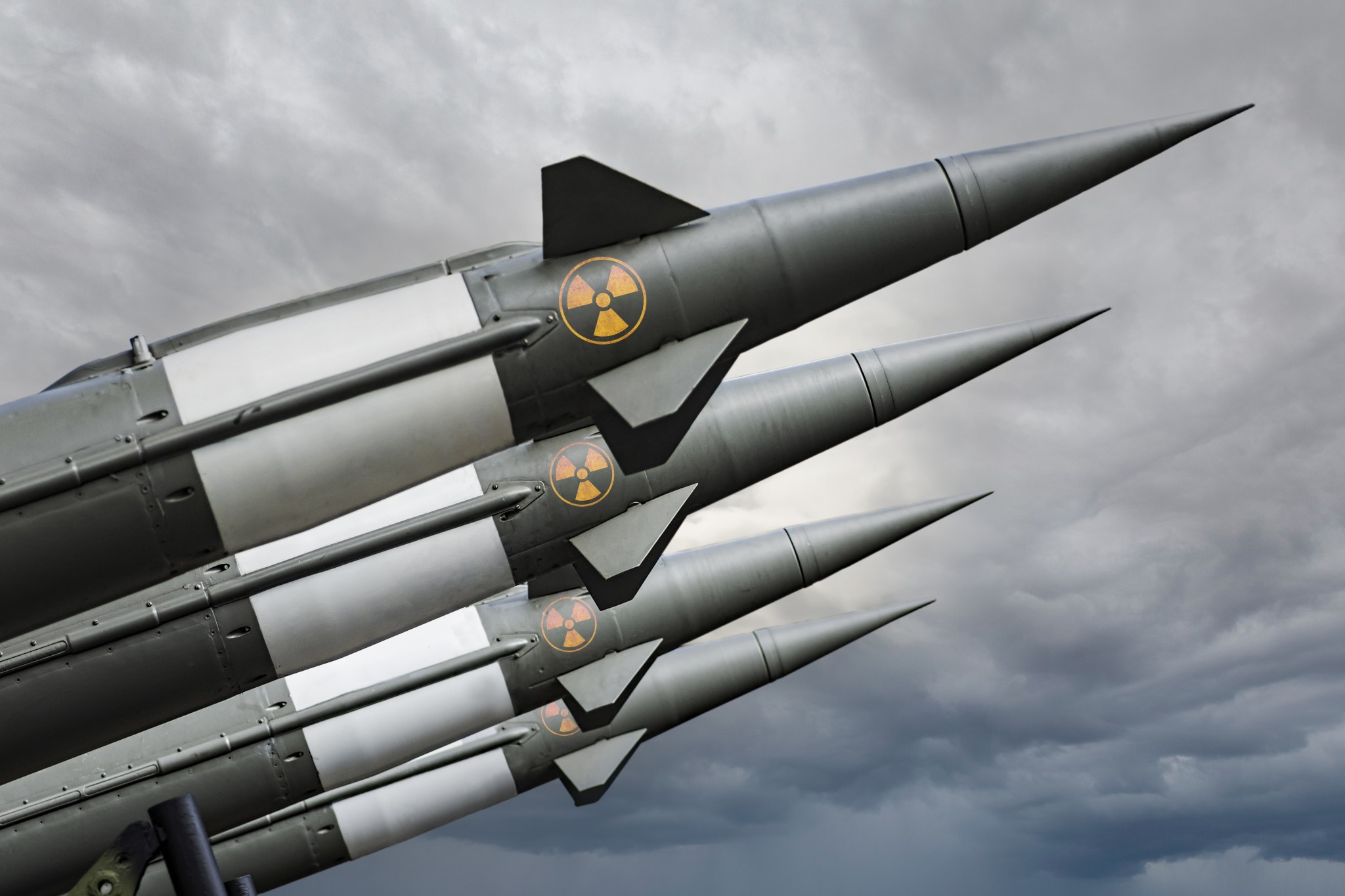 As protests rage across Iran, Prince Alwaleed bin Talal Center for Muslim–Christian Understanding (ACMCU) Honorary Fellow and perennial think tanker Shireen T. Hunter assured her audience that American policymakers “know that Iran doesn’t have that kind of capacity” to develop nuclear weapons. Although being “certainly no nuclear expert,” she ventured this naïve assessment during an Oct. 26 ACMCU webinar, “Iran Takes a Conservative Turn,” during which she romanticized about reforming Iran’s Islamic Republic.

Webinar moderator John Esposito, founding director of the Saudi-endowed ACMCU, introduced Hunter, whose résumé includes distinguished think-tank stints (including the Center for Strategic and International Studies) and Carnegie Endowment awards. Setting the tone for the well-published Hunter’s latest media appearance, Esposito lamented that then-President Donald Trump in 2018 withdrew America from the Joint Comprehensive Plan of Action (JCPOA) nuclear proliferation agreement with Iran. Esposito asserted — against all evidence — that “Iran continued to observe the JCPOA.” Thereafter, imaginary “Iranian reformists” — always on the cusp of power but for American intransigence — lost power to “hardliners,” i.e., Iran’s leaders, so that Iran now has “a more intractable conservative government.”

Reflecting a belief of the academic Left that in time was adopted by the diplomatic establishment, Hunter concurred that “Iranian moderates” had negotiated the JCPOA, “which literally put a cap on any Iranian ability to develop nuclear weapons.” Only “some minor peaceful uses were agreed upon” in the JCPOA for nuclear research, she added, yet these individuals “lost credibility” to “hardliners” because of continuing American sanctions. Her faith that Iran respected the JCPOA, including in its production of heavy water, have proven misplaced in recent years.

“The U.S. held out for the best and ignored the good,” Hunter has said repeatedly over the years concerning American relations with the terrorism-supporting Islamic Republic. After 9/11, Iran cooperated with the United States in its counterterrorism efforts in Afghanistan, she claimed, ignoring Iran’s longstanding support for al-Qaeda. President George W. Bush in 2002 (correctly) denounced Iran as a member of his “axis of evil,” a move Hunter criticized. Citing neither evidence nor logic, she alleged that the “Iran issue has been manipulated” while the “Bush administration actively encouraged Arab–Iranian tensions or Sunni–Shia tensions after 2003 Iraqi invasion.”

In fact, the agreement with the still-cheating, ever-brutal Iran was terrible from its inception, based as it was on elusive “Iranian moderates” who, like unicorns, are sought perpetually by the mullahs’ apologists.

Examples of this search abound. The agenda of Iranian President Mohammad Khatami, one of Hunter’s faux reformers, lost influence after his presidential term ended in 2005 “in part because of the lack of response from George Bush administration to Iran’s overtures.” She cited an alleged 2003 letter from Iranian diplomats to American officials outlining a rapprochement, which analysts have revealed as merely the freelancing initiative of a Swiss diplomat. “At certain times,” she cooed, “Khatami did not talk about Israel’s destruction,” yet she neglected to mention that he made his support of any Israeli–Palestinian peace dependent upon Hamas’ consent, an unlikely prospect from jihadists. She considered President Hassan Rouhani’s 2013–2021 administration as the “last chance for a kind of evolutionary reform in Iran,” a superficial assertion that numerous analysts would deny.

By contrast, Hunter’s own comments suggested a far more ideologically driven, less reformable Islamic Republic of Iran. Downplaying Iranian thuggery, she referenced Iran’s current unrest, unleashed by the “death of a young woman apparently at the hands of Iran’s security forces … who were unhappy with her inadequate head-covering.” She observed that the “new generation, the generation that was born in the 2000s, no longer seems to be sharing the religious-based ideology of the state,” as “even the hardliners are admitting.” Now the “regime is actually at the moment in a bind,” for “abolishing the compulsory hijab” or offering any other liberalization “will be seen as a sign of weakness and then this will lead to other demands.”

“This is the dilemma of in general an ideological system, this is what happened in the Soviet Union as well. Can a government or regime survive if it gives up its ideological principles?” Hunter asked. This “is haunting the Supreme Leader [Ali] Khamenei. Can the Islamic Republic survive if it doesn’t try to impose hijab compulsorily?” she asked. Unpersuasively, she suggested that her “own feeling is that, yes, they can.”

Like the old Soviet Union, Hunter noted, Iran’s “current regime does not look at itself to be concerned mainly with Iran.” The Islamic Republic “looks behind its back to see what the impact of its policies is going to be among its constituents in the broader Muslim world,” she explained. If the Islamic Republic “dilutes its Islamic orthodoxy or whatever, will it lose its allies?”

Such a regime would go down fighting, Hunter reasoned. “There will be no repeat of 1979,” when Iran’s Islamic Revolution overthrew the shah, for the “current government is unlikely, like the shah, for example, to just leave.” For the Islamic Republic’s leaders, “these guys will do whatever it takes,” creating a “real danger in Iran of sudden collapse of power. I don’t think that this is going to be a kind of easy thing, that the regime will dismantle itself.”

Despite the establishment’s reformist dreams — nurtured by academics like Hunter and Esposito — that Iran’s theocracy is stable and trustworthy, the mullahs’ rule is more likely to end with a bang than with a whimper. That religious dictatorship in Iran could somehow accommodate political pragmatism, much less pluralism, was always a pious hope, the weak foundation for numerous bad acts of faith, like the JCPOA. On Iran, as with so many other matters, many of Middle East studies’ leading oracles, for all the tribute they collect in tuition and taxpayer dollars, have proved themselves to be false prophets.