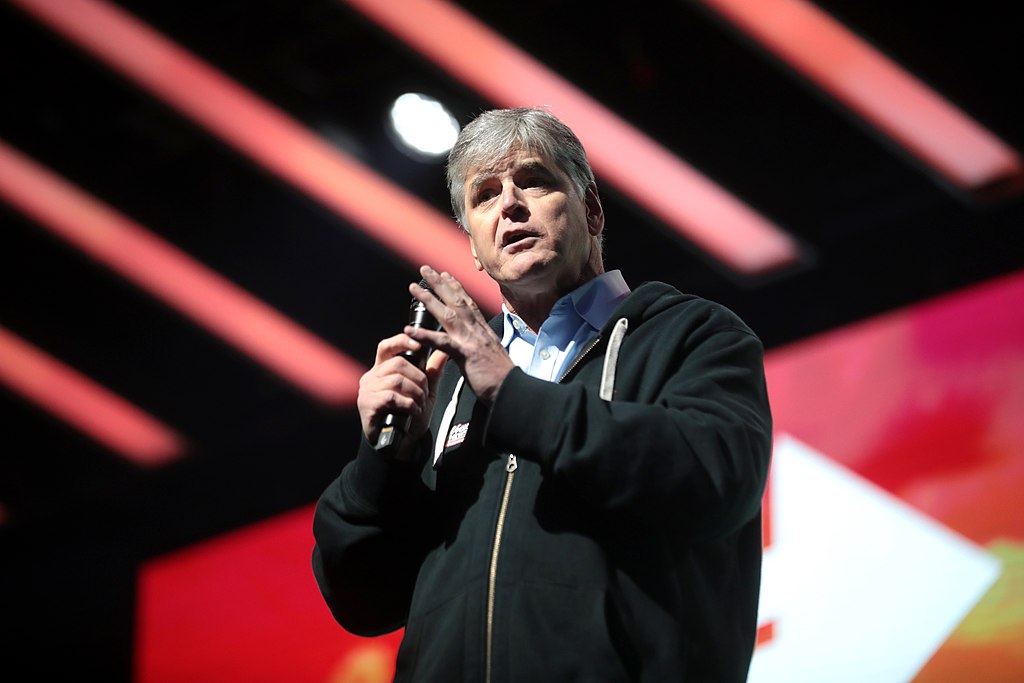 Oh, this is rich.

Over there at the Washington Post, media watcher Erik Wemple has headlined this about Fox’s Sean Hannity: “Sean Hannity’s bottomless corruption.”

And just why is Hannity guilty of “bottomless corruption”? Because, writes Wemple, Hannity was “providing political advice regarding President Donald Trump in the days surrounding the Jan. 6 Capitol riot.”

Well, aside from the very release by the January 6 Committee of a media figure’s private correspondence (other than that, Mrs. Lincoln, how was the play?), one doesn’t know whether to laugh or cry at Wemple’s objection about a media figure “providing political advice” to a president of the same political faith.

But okay, if Mr. Wemple says so, let’s take a stroll along memory lane at … the Washington Post.

For those who came in late — which apparently includes Mr. Wemple — consider the following as recorded in Theodore H. White’s Pulitzer Prize-winning book The Making of the President 1960. The book, of course, spends considerable time on the fight for the 1960 Democratic presidential nomination between young Massachusetts Sen. John F. Kennedy and the old guard favorite, Senate Democratic Leader Lyndon B. Johnson, the longtime senator from Texas.

By July, as Democrats are gathered at their convention in Los Angeles, Kennedy beats Johnson in a late-night dramatic vote on the convention floor. Next, the inevitable. Sometime in the next 24 hours, JFK has to choose his vice-presidential running mate. The front runners are supposedly Washington State’s Sen. Henry Jackson and Missouri’s Sen. Stuart Symington.

But wait. Someone has another idea. Writes White of what has suddenly become a behind-the-scenes drama all of its own (bold print for emphasis supplied):

And yet the underlying respect (between JFK and LBJ) must have continued, for at the height of their clash in Los Angeles, on the Sunday before the Convention opened, Kennedy, seemingly idly, remarked to Washington (Post) publisher Philip Graham that if he thought Johnson would accept the Vice-Presidency he might offer it. Whether Kennedy expected the thought to be carried back to the Southerner is not known; but Graham, a man of great influence in Washington politics, is a trusted confidante of Johnson’s, and by the next evening Johnson had been told of the feeler and, still in his prenomination anger, had answered with a single earthy expletive.

Early in the afternoon the scene in the Johnson suite had reached absolute confusion. Bobby Kennedy and (JFK aide) Kenneth O’Donnell had descended from (JFK’s) Suite 8315 to review matters with Speaker (Sam) Rayburn, Johnson-adviser Jim Rowe, publisher Graham, and other members of the Johnson inner council and to describe to them the split between big-city and labor leaders upstairs — along with the danger that this split might lead to a violent floor fight over the Vice-Presidential nomination itself. While these men conferred in the Johnson suite, and the telephone rang and Graham, reaching Kennedy directly, urged that Kennedy now make the offer hard by a direct call from the nominee to the perplexed Majority Leader, every possible pro and con was thrashed out.

Got that? There is the publisher of the Washington Post, described as a “member of the Johnson inner council,” urging JFK “directly” to “now make the offer hard by a direct call from the nominee to the perplexed Majority Leader.” Kennedy did just what Graham advised him to do.

Which is to say, Phil Graham played a huge role in making Lyndon Johnson JFK’s running mate and, as events record, eventually vice president and, with JFK’s assassination, president.

All of this is described in much more detail in the memoirs of Phil Graham’s wife, Katharine Graham, who succeeded him as the publisher of the Post at his death. She describes in detail that in LBJ’s Senate years, her husband “had been developing a commitment of time and energy” to Johnson. “They both loved power and its use for what they thought of as desirable purposes. They were both from the South. Both were full of humor — with an edge. They had a natural affinity.”

Then there’s Ben Bradlee, the late executive editor of the Washington Post and, before that, the Post-owned Newsweek magazine. Apparently, Wemple is clueless that the man who once ran the Post with an iron fist described his relationship with President John F. Kennedy as the “friendship that dominated my life.” Their close relationship, said Bradlee years later, “was invaluable to me as a journalist, of course, and I used it without embarrassment to give Newsweek the intimate details of the life and thinking of this remarkable man who lit the skies of this land bright with hope and promise as no other political man has done in this century.” And yes, indeed, there was “political advice” provided.

All of which is to say, Wemple’s umbrage at Sean Hannity for “providing political advice” to then-President Donald Trump is hilarious.

And by the way, Hannity is far from alone on the conservative side of the aisle in having a relationship with a Republican president.

The founder of The American Spectator, R. Emmett Tyrrell, Jr., told me in a conversation yesterday that he himself had exactly that Hannity-style kind of relationship with both President Ronald Reagan and President George H. W. Bush. All of which he will be discussing in his own set of memoirs which he is busily completing.

In short? This Washington Post criticism of Sean Hannity by Erik Wemple is somewhere south of crazy, displaying an ignorance of the history of Wemple’s own paper and the powerful people who once ran it. Not to mention, it shows a startling unawareness of the inevitable lay of the Washington and media land where journalists, talk show hosts, and television commentators of all stripes can and do in fact develop great friendships with presidents.

And if, in fact, Wemple is indeed aware specifically of this history of the Post? Then the title of this piece should indeed read: “Erik Wemple and the Bottomless Hypocrisy of the Washington Post.”