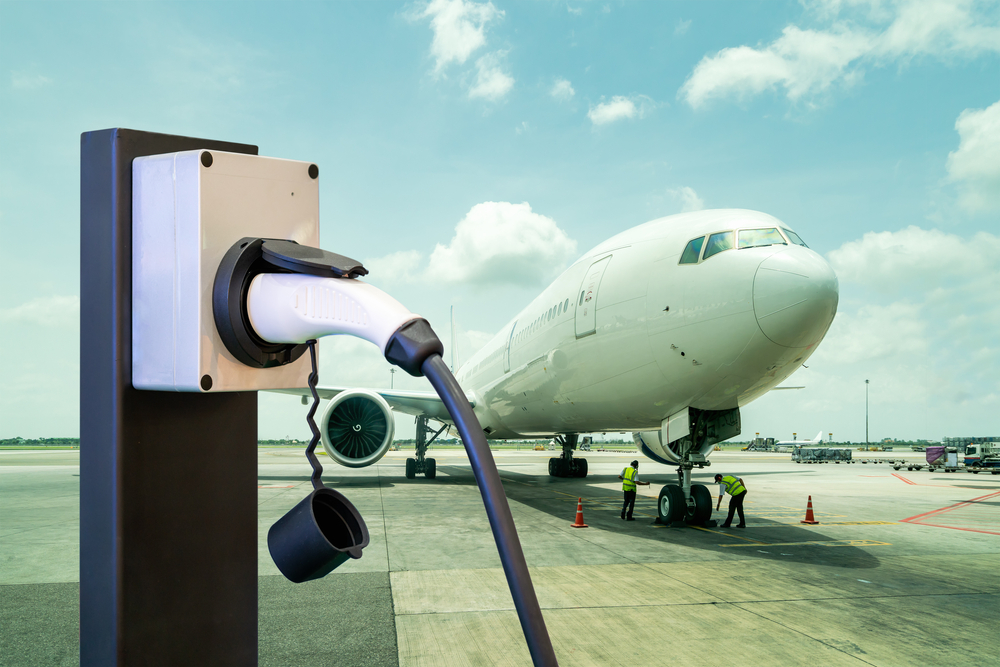 Electric cars have trouble maintaining momentum for very long, but at least when they run out of range, you just stop.

In an electric airplane, you drop.

It seems like a really bad idea, yet it’s one United Airlines reportedly just bought into — probably for many millions of dollars (the actual sum hasn’t been disclosed). It will “invest” in the development — italics to emphasize the nonexistence at present — of the ES-19, an electric aircraft that exists on the drawing board only. This hypothetical aircraft is being developed by a Swedish company with the cloying name Heart Aerospace — which summons images of kumbaya-ing around the campfire in a collective hug.

But will it fly?

If electric cars are any indication, this will prove to be an airborne bellyflop even more epic than the Lordstown Motors fail — in which General Motors got gypped into supporting the development of electric trucks that never materialized but for which the supposed manufacturer is alleged to have received numerous “pre-orders,” sight unseen.

GM invested $75 million and gave a sweetheart deal on the old not-electric car factory at Lordstown, Ohio — where GM used to actually make cars. When the hilariously named susser-out of corporate shenanigans Hindenburg Research published a report earlier this year accusing Lordstown Motors of pretending to have orders for electric trucks it hadn’t built, confidence in the company cratered and GM pulled the plug, leaving Lordstown a burnt-down cinder, kind of like an auto-immolating Chevy Bolt (also hilariously named).

As of the end of the first quarter of this year, Lordstown Motors conceded net losses of $125 million — and had to report to the SEC earlier this month that it may no longer be “a going concern.”

And those trucks only had to roll.

One wonders how an electric airplane will fly — given the known and persistent technical problems maintaining horizontal momentum using battery power. An aircraft must get into the air and then remain there. If it runs out of energy while it is in the air, it will not remain long in the air. The good news is that a fixed-wing aircraft can glide, but the bad news for our putative electric airplane is that the heavier it is, the less it can glide.

And this brings us to the rub.

A typical electric car battery weighs about 1,000 pounds. That is what it takes to move a small electric car like a Tesla 3 an advertised 263 miles. How far — how long — will an electric airplane go with batteries that will necessarily weigh much more in order to get all of that weight off the ground and into the air?

And advertised EV mileage is not the same as the mileage advertised by gasoline-powered vehicles. Or jet-fuel-powered airplanes, either.

For example, a non-electric car’s range on a full tank of gas will not markedly deteriorate from what is advertised in the winter, when the heater is in use. That’s because in a non-electric car, the heat is essentially a free byproduct of the running engine. But in an electric car — or airplane — the heat is produced electrically, as by a baseboard heater in a home. Instead of drawing power from the utility company — which will keep the power coming (so long as you pay the bill) — in an electric car, use of the heater and other accessories draws electricity from the battery, which has a fixed amount of charge. That leaves less electricity to power the wheels — or the props — which means the range decreases.

It is claimed that the ES-19 will have a range of about 250 miles — which is just barely enough to make the short hop from D.C.’s Dulles airport to a regional airport such as Roanoke, in southwest Virginia, with very little margin to spare. What happens if the plane needs to circle, as because of traffic or weather?

Maybe it would be a good idea to equip this one with parachutes rather than flotation devices.

People who know airplanes raise other pertinent questions, such as the drain on the electric airplane’s batteries during taxiing from the terminal to the runway, which as anyone who flies commercially knows sometimes takes half an hour or more. All the while, the heat or AC must be running, in addition to the lights and all the plane’s electrical systems. Does the advertised 250-mile range factor in these considerations?

The Federal Aviation Administration nominally requires redundancies and margins of error for commercial aircraft especially. It is why, for instance, commercial aircraft that fly over the ocean must be able to remain in the air if one or more engines cut out.

What if the batteries cut out?

If all this smells of unicorn farts, your nose is working. But it may be the image rather than the actuality that United Airlines is buying into — as in, see how committed we are to being green.

That the electric airplane plan will cost a great deal of green is certain, and these costs will surely be passed on to customers.

And it is probable there will be other costs as well, perhaps measured in red — when the batteries wilt and the green no longer flies.