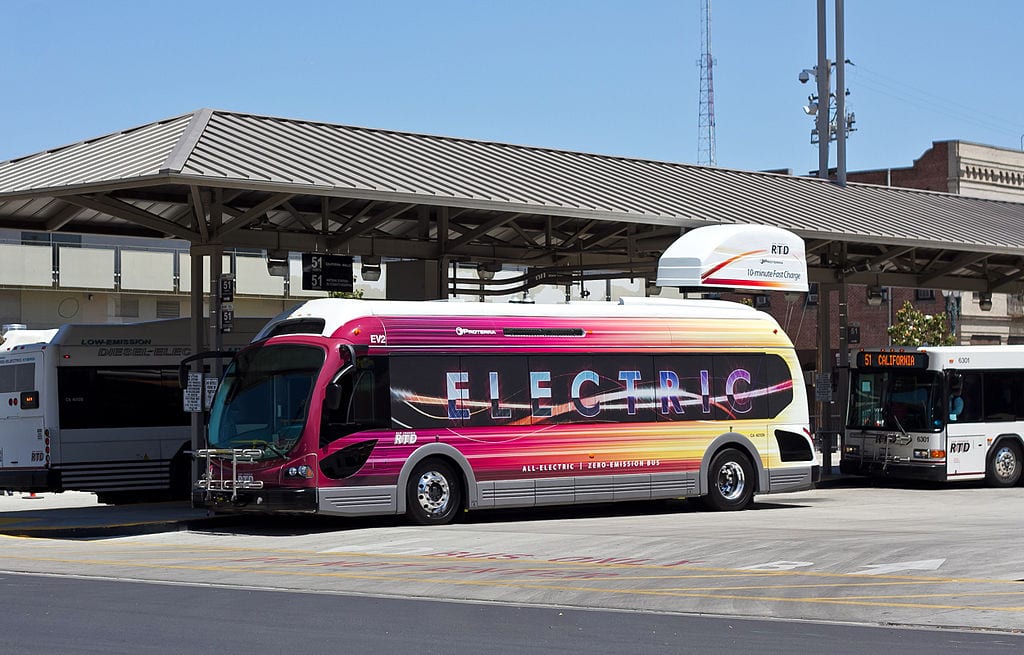 From Chicago to San Francisco, several cities across the nation have started to replace some or all their diesel bus fleets with rechargeable battery-powered buses. Why? For the noble quest to reduce the use of fossil fuels to fight anthropogenic climate change, of course.

Any city council considering following this misguided move should read reports by the Institute for Energy Research (IER) or the January 30 Pacific Standard magazine article showing these cities are getting much less than they bargained for.

In addition to the higher direct costs of the buses themselves, cities that replace their diesel fleets with battery-powered buses must also pay to install recharging stations and related infrastructure, which carries a steep price tag. For instance, IER reports the Central Ohio Transit Authority is spending $2 million for electric vehicle recharging stations to charge just 10 electric buses it is adding to its fleet to replace diesel vehicles. Even worse, the Chicago Metropolitan Agency for Planning awarded the city a $15.5 million federal grant for electric vehicle infrastructure, including six electric airport buses, nine fast-charging stations, and 182 lower level charging stations.

Reliability is the primary virtue those relying on public transit should expect. Employees riding buses need to get to work on time, and parents expect their kids to arrive safely to the classroom before the tardy bell rings. Yet the IER study shows electric buses break down frequently and get far fewer miles per charge than promised, all too often leaving riders stranded.

For instance, the six Chinese-made electric buses Martha’s Vineyard obtained in June 2018 had to be sent for maintenance within weeks of hitting the road. The buses ceased to function properly when drivers turned on their headlights.

Similarly, the battery-powered buses Los Angeles and Albuquerque ordered have failed to deliver riders to their destinations. The cities found the buses could not climb up hills, drive reliably for more than 100 miles, or stay on the road. Los Angeles’s first five buses were so unreliable they had to be pulled off their routes after less than five miles. Albuquerque had ordered a fleet of 20 buses. Of the 16 delivered, seven were sent back because of cracks, leaking fluid, axle problems, and an inability to hold charges. No wonder Albuquerque ended up canceling its order, switching back to natural gas and diesel, notes IER.

In addition, though neither IER nor Pacific Standard discusses it, cities moving to electric-powered buses will likely see their municipal electricity bills increase significantly, unless they cut back on electric power use elsewhere. And depending upon the power generating source used by the local utility, any reduction in carbon-dioxide emissions from the transportation fleet could be offset by increased emissions from the power plants generating the electricity used to charge them.

Additionally, cities considering electric buses based on their purported environmental virtues should account for the toxic pollution generated by the mining and refining of materials used in their batteries, the pollution produced during manufacture of the batteries, and the cost and/or waste produced when storing and/or treating or recycling used batteries.

The economic costs of batteries used in electric vehicles are high and should be taken into account by cities considering shifting from reliable fossil-fuel-powered buses to electric-powered buses, especially since the batteries aren’t cheap and battery life is proving to be frequently less than promised. This point is especially relevant in regions that experience lengthy periods of extreme cold or hot weather (like Chicago during winter or Albuquerque during summer). Extreme temperatures drain battery life, necessitating more frequent charging, equaling hours of downtime or even replacement.

Any money spent above and beyond what it costs to purchase traditional fossil-fuel-powered buses — including natural-gas-powered buses — is money not available for other pressing issues cities and local governments face. Cities often don’t have money to repair potholes in their streets or to keep summer swimming programs and libraries open. They also routinely fail to adequately fund their public pensions.

Shifting from a bus fleet powered by fossil fuels to a battery-powered bus fleet is costly virtue signaling. Cities should steer clear from this failing policy.