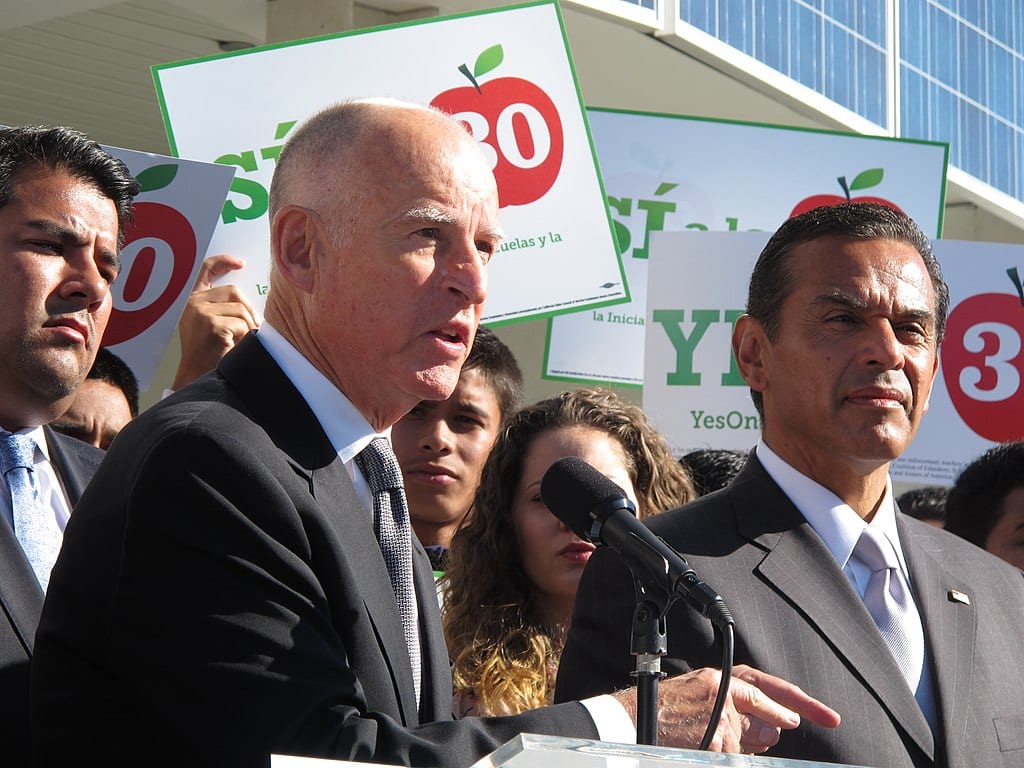 One of the more unusual campaign mailers for the California governor’s primary race came from a Super PAC funded by some billionaire donors, including former New York City Mayor Michael Bloomberg. They are backing former Los Angeles Mayor Antonio Villaraigosa. But instead of touting Villaraigosa’s candidacy or blasting his main Democratic rival, Lt. Gov. Gavin Newsom, they are attacking surging Republican John Cox in a bid to elevate a GOP firebrand named Assemblyman Travis Allen.

So liberal donors are backing a liberal candidate by tarring the conservative Cox as a liberal with ties to Bernie Sanders and George Soros. That is meant to boost Allen among right-leaning voters, thus further splitting the GOP vote and helping elevate Villaraigosa past both of them. Or something like that. Disingenuous campaign mailers are standard operating procedure in all elections, but this bizarre strategy is a direct result of the state’s jungle-primary system, in which candidates from all parties run on a single ballot. The top two vote-getters move on to a general-election contest.

The attacks on Cox are ridiculous given that the allegations have, as the San Francisco Chronicle put it, such a “tortured” connection: “Cox gave $5,000 in 2016 to a group that then gave it to a political action committee backing candidates who would change campaign finance laws, one of whose co-founders served on boards with Soros.” Got that? It may be amusing to watch liberals smear a conservative by calling him a liberal, but there’s nothing funny or useful about a primary process that encourages this kind of behavior.

Perhaps it doesn’t matter in the long run given Newsom’s lead in the polls, but the reworked election system is leading to a different result than its backers had promised. That’s not much of a surprise, given that “top two” was the panacea promoted by many of California’s moderate Republicans, who have rarely gotten very much right.

As the Atlantic detailed in a recent feature article, the new system was put on the ballot after then-Sen. Abel Maldonado agreed in 2009 to give the Democrats the vote they needed to pass a tax-raising budget. He cut a deal: Maldonado would vote for the hike — perhaps the only thing Republicans here can be counted on to oppose — in exchange for Democratic help in placing the new primary system before voters on the 2010 ballot. That proposed primary had the support of Arnold Schwarzenegger and others in the party’s more liberal wing, and voters ultimately approved it with a rather decisive 54 percent to 46 percent vote. It went into effect in 2012.

There’s a certain surface logic to some elements of that argument. Reports this week suggest that there now are more Californians registered as independents than as Republicans, which reflects not only the downfall of the GOP in the nation’s most populous state, but the increased importance of selecting candidates from outside the control of the parties.

But the resulting system locks out third parties from the final ballot — and even forbids write-in candidates. One must vote for either of the two names on the ballot in the general election, or not vote at all in that particular race. Increasingly, we’re seeing the general election where candidates from the same party face off against each other. That’s particularly true in the state’s typically lopsided legislative districts. We end up with campaigns where personality is predominant and where no substantive differences of opinion surface during the race. My sense is that top two’s lack of choice ultimately will further depress the state’s generally low voter turnout.

This system also leads to the kind of campaign gamesmanship described above, where candidates — or their independent supporters — specialize in obfuscation as they tout Candidate A as a means to hurt Candidate C in an effort ultimately to help Candidate V. The “top two” no doubt helped elect moderate Democratic Sen. Steve Glazer from the Bay Area, which is a welcome development given the expected victory of his union-allied opponent.

And news reports suggest that Republicans actually are doing better than expected in their quest to hold onto Congress because of the oddities of California’s jungle primary. “Republicans are exploiting the Democratic Party’s abject lack of discipline and gaming California’s top-two primary system to potentially block Democratic challengers from reaching the November ballot,” explained CALmatters columnist Dan Walters. In some of these races, there are lots of Democrats, while Republicans have managed to recruit fewer candidates — and challengers with higher name recognition.

That increases the chances that two Republicans will advance to the general election, which might be good in the short run but isn’t much better — from a political debate standpoint — than if the governor’s race ends up pitting Newsom against Villaraigosa. Still, it’s best not to put too much stock in the laudatory post-mortems from groups that promote open primaries.

For instance, the Open Primaries website featured an article that credits “top two” for creating a more functional Legislature. “Members of the legislature, who must now be elected by building diverse coalitions of voters rather than toeing the party line, head to Sacramento incentivized to continue similar outreach while in office,” the authors argued. They note that the election system helped break partisan gridlock, reduced acrimony, and led to more peaceful budget resolutions. That, quite frankly, is one large load of malarkey.

There is less partisan gridlock in Sacramento, but it’s because Republicans no longer have enough members to hold up the Democratic majority’s plans. There’s less partisan acrimony because there is no functioning second party, so the Democrats just do as they please. The budgets get passed because of another reform promoted by so-called moderates that allows budgets to be passed by a simple majority rather than a supermajority vote. It’s amazing how one can reduce acrimony by eliminating meaningful political competition and checks and balances on one party’s power.

“Top two” isn’t to blame for all those things, but like most process-oriented political reforms it has caused at least as many problems as it has solved. That can be said about most modern political reforms, ranging from term limits to every campaign-finance restriction ever passed. This column simply is a reminder that the hard work of political reform will come in the world of ideas and candidates, not by re-jiggering the system with strange new election or campaign rules.