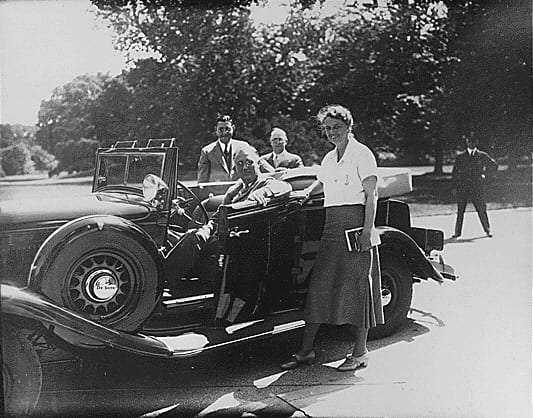 In the first year of Franklin Roosevelt’s presidency, in the depths of the Great Depression, the federal government asserted power in unprecedented ways. Enabled by a friendly Congress, spurred by a national emergency, and deeply aware of the need to restore the national morale, FDR experimented in various interventions into the economy and society, seeking to alter the state of mind from depression to hopefulness. His emphasis on overcoming “fear itself” was at the center of his activism.

One of the many projects FDR’s New Deal undertook in that year of 1933 was in the West Virginia coal fields. The local economy had long since been taken over by coal, and for many people, mining was their entire livelihood. But in the whirlpool of bankruptcies and panic, many coal operators had to close their businesses — close and not sell, as there were few buyers for anything in those days. The miners were then left high and dry, with no source of support.

The New Dealers decided on an experiment to determine a possible solution. They set up an entire new town in the northeastern part of the state, which they named Arthurdale, after the name of the man whose land the government had taken for the project for having defaulted on his taxes. The idea was that the government would build homes and give enough land for a small community of subsistence farmers. Each family would supply its food needs through its farm plot. In addition, as originally touted by Eleanor Roosevelt, who involved herself deeply in the project, the government would also set up small industry in the town, so that the community could not only live but prosper. This town would then serve as a model for the rest of the country.

The project stumbled along, though. Many problems intervened between the great idea and its practical implementation. The land was not especially good for farming. Even the New Deal Congress hesitated to set up a government-run industry, as it would clearly be at a competitive advantage with private industries struggling to survive and few politicians were willing to be blamed for driving more local businesses into bankruptcy.

Mrs. Roosevelt continued to advocate for the town even as the years went on and the New Deal looked elsewhere for national solutions. She helped hold the town together through locating federal grants and other assistance wherever it could be found. The town increasingly looked to her as the ongoing solution for all its challenges. And she was steadfast, always exerting herself to find some answer from the government’s resources.

But finally, in 1940, in a world darkened by war, Mrs. Roosevelt came to the end of her hope in the Arthurdale project. An incident with the town’s school bus may have crystallized for her what had gone wrong — when the school bus broke down, as school buses are wont to do, the townsfolk had it sent to the White House garage to be repaired. The First Lady wrote to Joe Lash, a political radical and a confidant of hers and later her biographer, “They seemed to feel the solution to all their problems was to turn to government.” Disillusioned, she no longer involved herself in the project.

As FDR recognized, a positive mindset is a prime requirement for a positive economy. People who know they have abilities that they can engage and accept the responsibility to do so are the core of a prosperous and resilient community. Whatever ability the collective has to help cannot substitute for what the individual brings to bear. Without the individual dignity that is built through engaging life’s economic challenges, outside aid is simply pouring water into a leaky bucket.

When the great medieval jurist, physician, and philosopher Rabbi Moses Maimonides codified society’s obligation to help its needy members, he emphasized that the legal tradition placed a premium on preserving the dignity of the recipients. He cited Talmudic examples of rabbis who made sure that the poor person would not know his benefactor, or the benefactor would not know the recipient. Maimonides then gave an example of a way to give that was superior — in the Jerusalem Temple, there had been a place called the Chamber of Secrets (bless you. Ms. Rowling!), where the benefactors would anonymously leave their gifts and the poor would anonymously take them.

But there was yet a way superior to all these. To quote the great teacher:

The greatest level, above which there is no greater, is to support a fellow … by endowing him with a gift or loan, or entering into a partnership with him, or finding employment for him, in order to strengthen his hand so that he will not need to be dependent upon others.

The prosperity of the free world has been built on the bedrock of human dignity. Great societies can only realize the ideal of helping others to the degree that their citizens accept personal responsibility and their governments respect individual freedom and dignity. The help such societies offer their needy is capable of bringing about lasting change and ever-greater prosperity. Help that does not offer this respect reliably results in ever-increasing dependence.

Our American genius has grasped the truth that social welfare and individual freedom are necessarily and inextricably intertwined. May we continue to affirm that truth in the governments we elect and in all the choices we make.