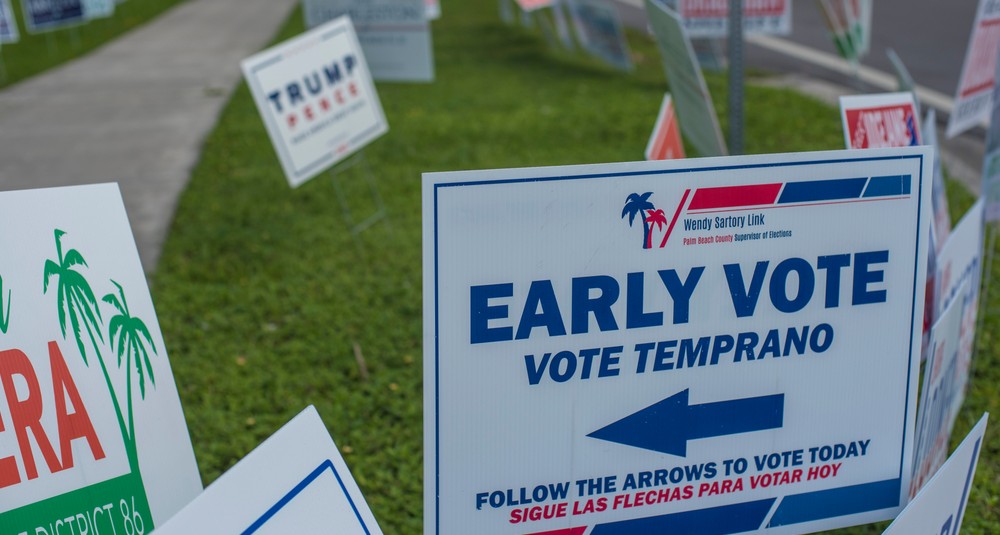 Growing up in Florida as a Republican, I often heard the assumption that higher turnout helps Democrats win elections. It’s an undoubtedly compelling talking point. It allows Democrats to flex their “big tent party” muscles while painting Republicans as backwoods curmudgeons scared to face the future. But is it actually true? Is there an inevitable blue wave being hindered by conservative obstructionists desperately trying to grasp their fleeting power?

I haven’t seen it in my home state. Year after year, Democrats are confident that some demographic anomaly is going to allow them to finally snap their losing streak. In 2018, their great blue hope was Puerto Rican exiles fleeing from the destruction of Hurricane Maria. Then it was the thousands of ex-felons who got their right to vote back thanks to Amendment 4. And what do Florida Democrats have to show for it? They didn’t get their incumbent senator reelected (in part, ironically, because his Republican opponent was more popular with Puerto Ricans). Florida’s first African American gubernatorial nominee lost despite most polls saying was ahead. And to top it off, Donald Trump won Florida in 2020 by a wider margin than Barack Obama ever did, all while receiving the highest share of the non-white vote for a Republican in the state’s history.

So long as the Republican Party fields strong candidates on the ballot who appeal to everyday sensibilities, Republicans only stand to gain from more access to the ballot box.

Consider how expansive voting options are in Florida: no-excuse absentee voting has been allowed since the early 2000s, our most populous counties allow two full weekends of early voting, and the state implemented drop boxes a year before the coronavirus pandemic. Everything that supposedly benefits Democrats is in the Sunshine State, yet Republicans continue to increase their margin of victory and expand their delegations in all levels of government. With these successes, what do we have to fear?

Nothing. What Florida says loud and clear is that Republicans have no reason to restrict voter access, nor should they have any incentive to shy away from a good old-fashioned turnout war. Concerns about high turnout made some sense in the past. Strong voter registration and turnout efforts were pillars of Barack Obama’s revolutionary campaigns in 2008 and 2012, a correlation that was not lost on veteran politicos and casual observers alike.

But Republicans learned from those losses and invested heavily to build a top-tier ground game akin to Obama’s. Their commitment to the blocking and tackling of elections paid wisely, as evidenced by huge wins in 2020 congressional races and significant gains in state legislatures across the country. In Florida, Republicans upset two congressional incumbents in South Florida and picked up five seats in the state House in large part because of a consistent neighborhood presence that their opponents lacked.

The numbers tell a simple, yet timeless story: candidates matter. So long as the Republican Party fields strong candidates on the ballot who appeal to everyday sensibilities, Republicans only stand to gain from more access to the ballot box. As elected leaders across the country consider changes to our electoral process in the years to come, they should find ways to expand access to early voting for three key reasons: it’s good for our republic, it’s good for the Republican Party, and based on my analysis, it’s what most voters want.

In a recent survey I conducted with my polling firm, Florida voters support expanding the number of days of early voting to two weeks by a margin of 39 percent, with the measure up 9 percent among Republican primary voters. In addition, roughly 47 percent of Republicans that voted by mail used a drop box to return their ballot. What we ultimately found was that as long as the casting of votes is accountable and transparent, most Floridians want it to be easier to cast a ballot in days leading up to Election Day, not harder. Sounds simple enough. It’s a common-sense policy solution that’s good for the health of our republic, right? But there’s another layer to this proposal that makes it critical to future electoral success of the Republican Party.

In short, Republicans have performed very well with early voting in recent years. In fact, the share of Republicans that voted early grew from 21 percent in 2010 to 45 percent a decade later. Furthermore, statewide totals from 2020 indicate that Republicans in Florida cast half a million more early votes than their Democratic counterparts. When you add Election Day into the mix, Republicans cast over 915,000 more in-person ballots than Democrats. Even in Miami-Dade County, the bedrock of Florida’s Democratic electorate, Republicans beat out Democrats in early voting by over 56,000 votes. That degree of emphasis on in-person voting tells me two things: Donald Trump’s influence over his base cannot be understated, and Republican leaders should capitalize on expanding in-person voting opportunities.

There are plenty of decent policies out there that increase the monitoring and transparency of our elections, but let’s not forget how historic our 2020 cycle was: in an election with historically high turnout, we came within 20,000 votes nationwide of winning the presidency, the Senate, and the House of Representatives. We made our presence felt in underserved communities and cultivated one of the most diverse electorates our party has ever seen. It is my firm belief that the more voters that have access to cast ballots and participate in our elections, the higher turnout will be — and the higher the turnout, the more Republicans will keep winning.

Ryan Tyson is a leading Republican pollster and political adviser based in Tallahassee, Florida.