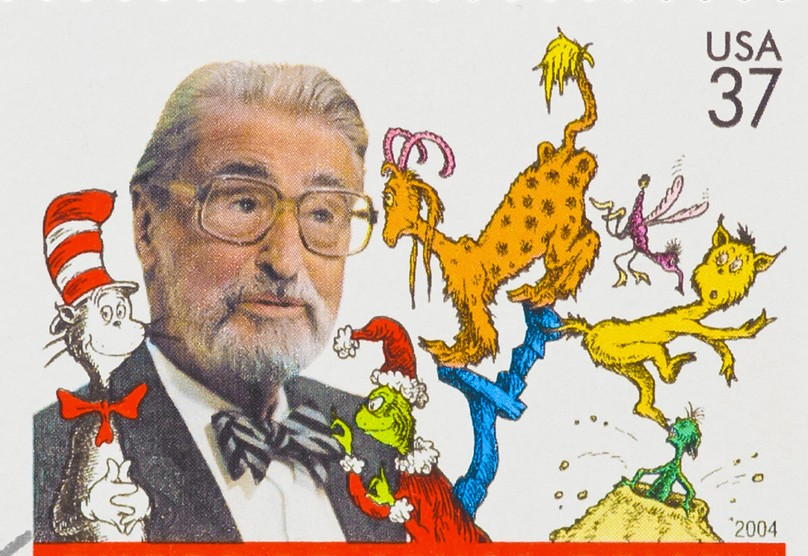 The students of Loudoun loved reading a lot

But the Frumpdumps of Learning for Justice … did NOT!

Childhood classics to which are attested

It could be their slacks were a little too tight,

So often a source of not thinking right.

Or their nearly religious objection to fun

(Which to every good Frumpdump is sin No. 1).

But it seems the most likely reason to me,

Is that they all had politics where their souls used to be.

But, whatever the reason — their souls or their pants —

A sense for fun was something the Frumpdumps lacked.

At the SPLC, bespeckled with worry

They sat, knowing soon kids would read in a flurry.

(The Frumpdumps were a hive-mind, let it be known),

“Rhyme has its own sense, its own bric-a-brac

We can’t indoctrinate children with any of THAT!

Where’s the race-baiting? The anger? The hate and oppression,

That makes for a protest or good struggle session?

Rhyming is fun! It offers no reason

For vandalism, book-burning, scheming, and screaming!

Kids will rush for the libraries and bookshelves and book bins,

They’ll grab books they enjoy, and read, one by one,

And then worst of all, reading will be fun, fun, FUN, FUN!”

(The human fun organ — in them vestigial appendages)

Swell and fill up with self-righteous indignation,

Their preferred substitute for fun and imagination.

It was then that Learning for Justice made this solemn vow:

“We must stop children from reading … but how?”

And then the frumpdumps had an awful idea.

“We’ll claim Seuss was a racist!” they cried out with glee,

So excited at this new scheme they wanted to pee.

“When the children rush to the schools on that day,

We’ll have beat them to the punch,” they were heard to say.

Now, the Cancel-majig was a devious device

That took anything harmless, fun, and/or nice,

And mangled and misrepresented that thing

Until it was unrecognizable — seen

As a menacingly racist and dour public enemy,

An odious example of white supremacy!

The things that went in and out weren’t REALLY threats —

The Cancel-majig could make you believe

That anything harmless could surely succeed

In threatening you with dire doubleunplusgood,

And traumatizing the pithiest pith of your personhood!

It was then that a hapless Frumpdump named Lou

Going to convert a kid into a childhood Pontius,

Who’ll wash his hands of anything racially conscious?

I mean, On Beyond Zebra‘s been around for six decades.

It has yet to be used as some Klan rally aid.”

This sort of dissent was to Frumpdumps defenseless,

Which is why Lou was suddenly beaten quite senseless.

And, along with the din of that cooperative beating

Was issued an addendum with frightening meaning:

“First of all, Lou: up yours. And moreover? Beyond that?

‘Diversity’ is seriously one hell of a racket.

It isn’t that we want a wide range of people

Or openness to things that make them unique-ull,

The point is that we get to tell them what’s what.

“Diversity”’s shorthand for ‘Shut up and obey!’

Don’t you get how we work at Learning for Justice?

Everything either is for or against us.

And that doesn’t just go for our political opponents,

Fun has no place in an outlook that values

Political power above all other issues.

No ideological purpose in mind.

It just makes you happy. It just brings you joy.

That’s why it must be completely destroyed.

If something can just ‘be,’ outside of our system,

A roaming free radical, that simply exists, then

It’s clear we no longer have total control.

Fun shows us our grasp of things isn’t quite whole.

When power’s your only raison d’être,

Fun is a threat, and must be outlawed.”

And now from a pulp that used to be Lou,

Came a feeble thumbs up, and an “I think so, too.”

One more thing about the Cancel-majig,

Or to teach kids that racism was just for the dopes,

No, the reason the Cancel-majig looked so good on paper,

Was because it was the SPLC’s big money-maker.

When people are scared of you, then they’ll gladly pay

For you to leave them alone, and just go away.

In other words? The Cancel-majig was their equivalent

Of a protection racket run by critical race theorists.

Scared of being called racist, people bent the knee

(And then greased the palm — that was really the key).

All this amounts to an uncomfortable proof

About this unfortunate modern-day truth —

Then if people think you are. Sorry, but face it —

No longer is character an examined life.

So the Frumpdumps took their show on the road.

They hooked up the Cancel-majig, and then they towed

Its blundering mass up I-81

Until they arrived in good old county Loudoun

Where progressives and teachers awaited, kerfluffled

But not so much so that they couldn’t snow-shovel

Lawoozleloads of books into the maw

Of the Cancel-majig’s Brobdingnagian craw.

In went the books with their rhymes and their treasures,

A source of so many great childhood pleasures,

Whumbled the machine from bottom to top.

Out came the tomes, re-envisioned! Reborn!

Examples of hatred from evening to morn,

Threatening prejudiced screeds we now have to stomp,

Cartoony, sure, but at heart just like Mein Kampf!

Look out! Don’t touch! No need to explain ’em,

They’re as radioactive as yellowcake uranium!

But the parents of Loudoun weren’t terribly irked.

So it was concerning when, after a while,

That would’ve made Hawthorne say with a blush,

Where before they’d only seen rhyming and fun

Childhood delight was snuffed out, replaced

With an outlook that only saw privilege and hate,

In a hunt for racism that was well beyond paranoid.

If all this were bodily, we’d have good cause

But since it’s all mental, L4J has the tendency

However you say it or phrase it or spin it,

I wish I could end on a happier note,

But reality gives me no reason to gloat.

So, with heavy heart, before I’m axed,

I’ll end in the style of Ayn Rand, or the Lorax.

The truth is, the public schools are inundated

Too far gone on lefty ideas to notice

Their pedagogy’s worth less than a diseased goat scrotus.

A young mind is malleable. It doesn’t take much

To empower or cripple, to bruise or to touch,

To inspire curiosity, and fan that flame —

But, fanned the wrong way, it will only lay blame,

It’s a shame; the mind is a sad thing to waste.