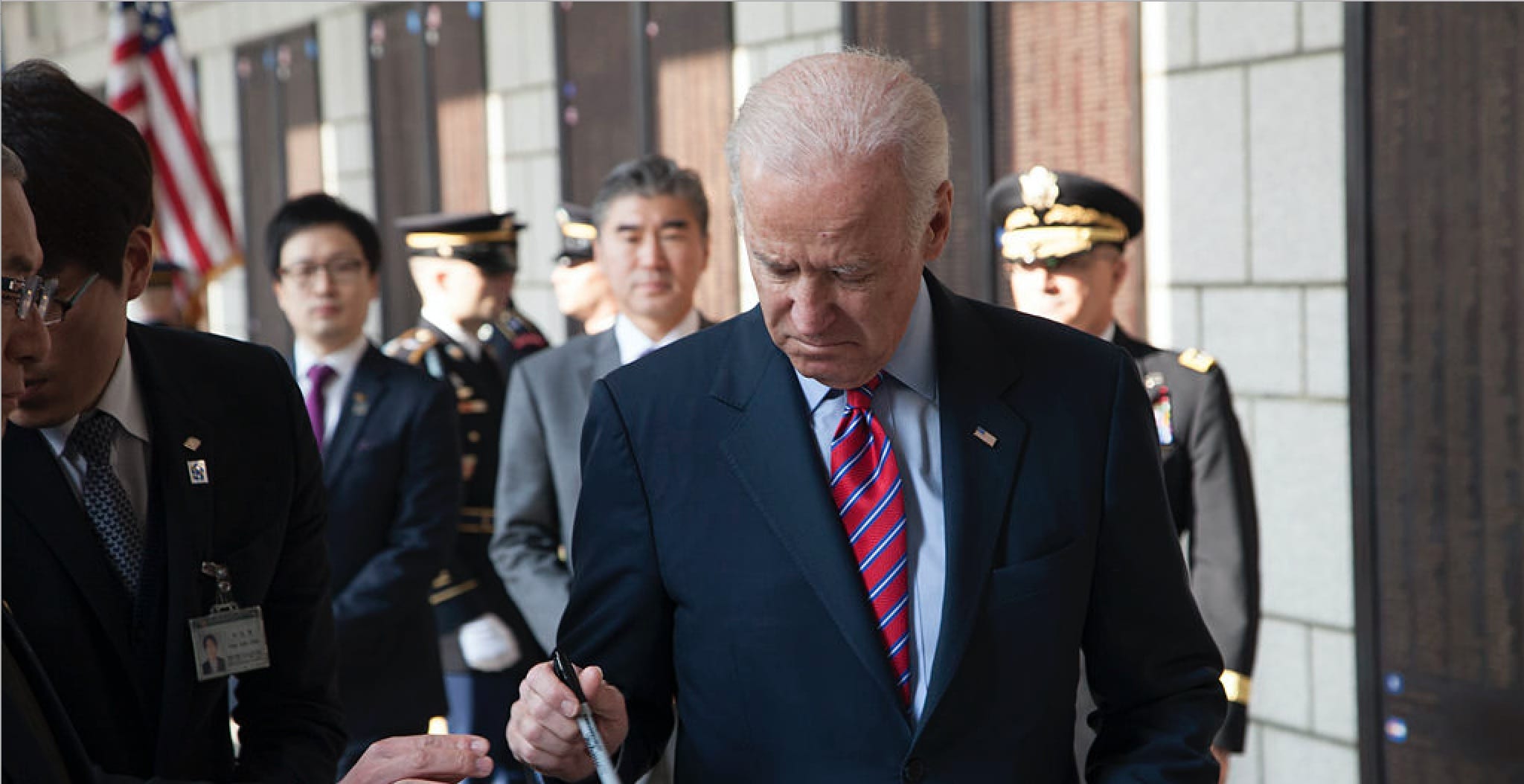 My favorite Bidenism is, “When the stock market crashed, President Roosevelt got on television” and reassured the nation. Joe Biden, who was a Delaware senator then, dropped this jaw-dropper in 2008 during an interview conducted by the perky Katie (of the Arlington, Virginia Courics). For those who think I’m making this up, watch, listen and be amazed:

Recent government school graduates may be excused for committing a knee-slapper like this. But Biden is my age, so he went to school when history was still being taught. He has no excuse for not knowing that the stock market crash, which preceded the Great Depression, took place in October of 1929 when Herbert Hoover was president and television had not yet been invented.

Of late, the mainstream media, print and broadcast, have been dining out on “Creepy Joe” stories. These are centered on complaints by a series of women claiming to have been made “uncomfortable” by Biden getting into their space, smelling their hair, rubbing their shoulders, and, my favorite, rubbing a woman’s nose. The film that goes along with these stories shows Biden doing dopey (but not lascivious) things that may well have made anyone uncomfortable.

But then Joe has always been a dopey guy, doing dopey but usually harmless things you wouldn’t expect from anyone else. This is why even people who don’t agree with his politics and policies — standard left-wing talking points — still like him personally. And he certainly has his entertainment value. When he finally stops being coy and announces that he’s running, he can at the same time announce his campaign slogan: Dopey Stuff R Us.

Joe has promised to quit smelling women’s hair and kissing them without invitation, and he’ll probably stick with this because he wants to be president. (God forbid.) So women can be more comfortable that they won’t be tripping over Joe in a way they don’t like. But every Americano should be very uncomfortable with a would-be president as ignorant as Joe Biden, who flogs crack-pot left policies, and who slanders conservatives and every sensible policy.

Hair-smelling and uninvited nose-rubbing may not be the least of Joe’s sins. But they’re way down an impressive list of things American voters should be uncomfortable with when it comes to Joe Biden. It’s well past time that Joe started enjoying that generous government retirement package he’s entitled to (notice I didn’t say earned) since he’s been idling on the public payroll since before Studebaker went broke. Maybe he could spend some of his new leisure learning American history.