Loose Canons,Top Story CIA,National Security,Trump Don’t Pardon Snowden - The American Spectator | USA News and Politics
Menu
Loose Canons
Don’t Pardon Snowden
All he deserves is a fair trial — and likely a guilty verdict — should he ever return to the U.S.
by Jed Babbin
Edward Snowden on MSNBC, Sept. 17, 2019 (YouTube screenshot) 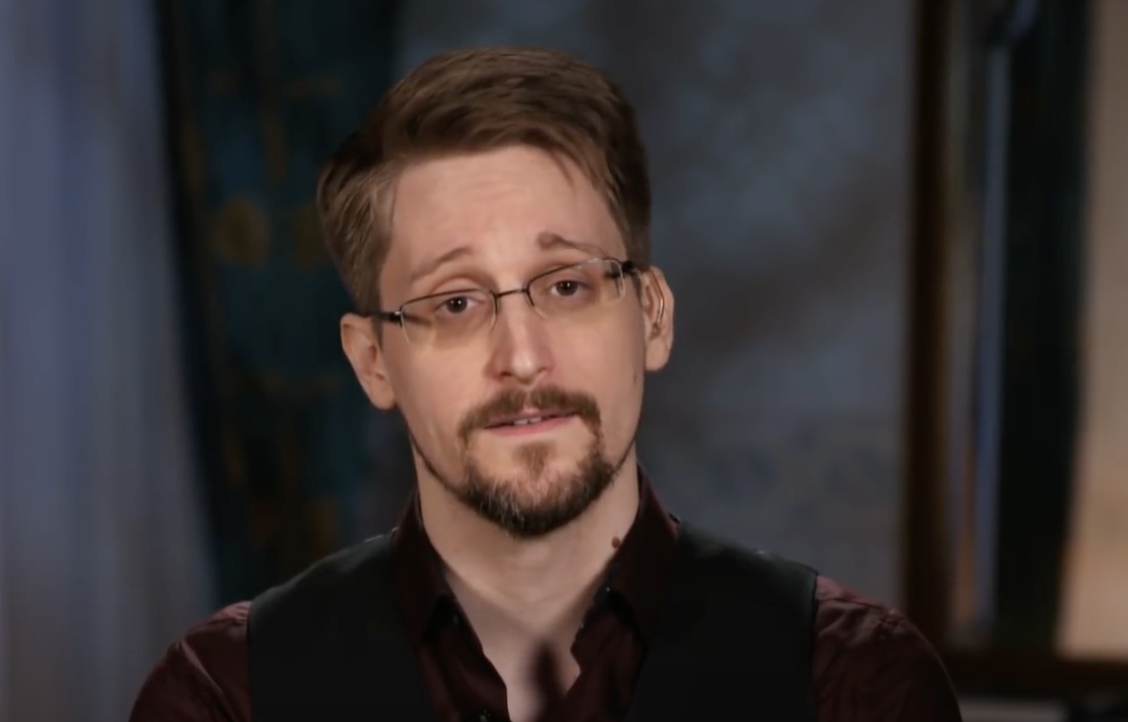 There are few people in American history less deserving of a presidential pardon than Moscow resident Edward Snowden. Then why on Earth is President Trump considering one for him?

On August 15, Trump told a press conference that while he didn’t know much about Snowden, he’d look at the situation and consider a pardon. He added, “It seems to be a split decision that many people think that he should be somehow treated differently, and other people think he did very bad things.” Count me among the latter.

In 2013, Snowden was a mid-level employee of a contractor to the National Security Agency (NSA). (He’d also worked in a similar position at the CIA.) In his job, Snowden reportedly had a Top Secret/Special Compartmented Information (TS/SCI) security clearance. At some point he decided to copy thousands of TS/SCI documents and smuggle them out of NSA and out of America.

Most of the documents Snowden stole contained information about TS/SCI surveillance programs being run by NSA in pursuit of terrorists and foreign spies in the United States. Under President Obama’s 2009 Executive Order 13526, top secret information is defined as “information, the unauthorized disclosure of which reasonably could be expected to cause exceptionally grave damage to the national security that the original classification authority is able to identify or describe.”

Mike Pompeo, when he was CIA director, correctly differentiated WikiLeaks from journalism by saying they acted as an adversarial intelligence agency. WikiLeaks, and American Glenn Greenwald, were Snowden’s partners in crime.

Snowden quickly fled the United States. The State Department revoked his passport after he fled, but Snowden was joined in Hong Kong by Sarah Harrison, the mistress of WikiLeaks’s founder, Julian Assange, who at the time was claiming asylum against U.S. espionage charges and hiding in Ecuador’s embassy in London.

Harrison and WikiLeaks somehow obtained travel documents (probably from the Russian embassy in Hong Kong) that enabled the two to fly to Moscow, where Snowden was welcomed as a “whistleblower” and hero.

Snowden is no “whistleblower.” Under U.S. law, when a government employee (or someone such as Snowden) believes the agency to which he is assigned is engaged in illegal behavior, he is provided with legal protection against retaliation if he reports the allegedly illegal actions in one of several ways.

For example, a whistleblower can report the behavior to the agency’s inspector general or to a congressional committee that has jurisdiction over the agency. These options enable the whistleblower to avoid the agency chain of command and go to an independent authority that can both investigate the alleged lawbreaking and protect his job.

But Snowden did’t follow the law. He was out to damage our national security by revealing top-secret information. Enter Glenn Greenwald.

A series of reports by Greenwald, published in the UK’s Guardian newspaper, were based on the documents Snowden provided. Those reports were also published by the New York Times and ProPublica in partnership with the Guardian.

The reports revealed, inter alia, the methods that NSA and its UK counterpart, the GCHQ, used to penetrate electronic communications (emails, text messages, and such). One Guardian article by Greenwald states, for example:

Who did Snowden believe would benefit from these disclosures? Not the public, surely.

The damage to U.S. national security resulting from this and other Greenwald reports based on Snowden’s smuggled documents is incalculable. We will never know how many spies and terrorists changed the methods by which they communicate because of the publication of this information.

Only a few, such as Benedict Arnold (who, during the Revolution, made plans with the British to take West Point in exchange for a high position in the British Army) have committed an act such as Snowden’s. Attorney General William Barr is opposed to pardoning Snowden.

After Trump said he was considering a pardon for Snowden, Barr said he was “vehemently” opposed. Barr said Snowden was “a traitor and the information he provided our adversaries greatly hurt the safety of the American people. He was peddling it around like a commercial merchant. We can’t tolerate that.”

Were Trump to pardon Snowden, he would be declaring that Snowden’s disclosure of TS/SCI information is to be tolerated. Such a pardon would be a mockery of our laws that compel secret information to remain so and encourage others to do what Snowden did.

Don’t even seriously consider it, Mr. President. If Snowden believes his actions were proper and legal, he would return to the U.S. to face the charges against him. But he won’t. If he ever did, he is entitled to nothing more than a fair trial, and the punishment he deserves when he is found guilty.