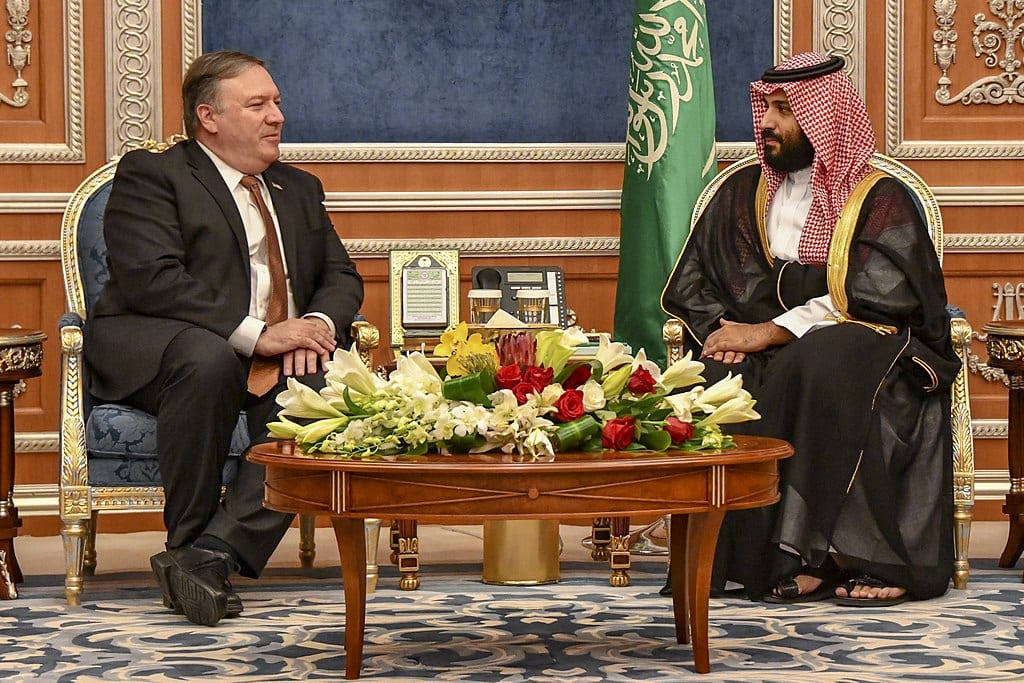 I’ve written much in support of an increased U.S.-Saudi Arabia alliance — even after the gruesome murder of Jamal Khashoggi, a Muslim Brotherhood member and a man who was virulently opposed to Israel. My support is based solely on realpolitik: the world needs strong Sunni Arab states that are committed to a close alliance with both Israel and the United States, in order to contain Iran and, hopefully, tamp down on Islamic extremism within their borders. Yet, the one limit to this alliance must be the proliferation of nuclear weapons to the Kingdom of Saudi Arabia.

Yes, the young leader of Saudi Arabia, Mohammed Bin Salman (MBS), has taken steps to both modernize Saudi Arabia’s culture as well as to diversify its economy (anticipating the day that Saudi oil is not as valuable as it once was). All of this is meant to increase political stability within the Kingdom and to expand Saudi Arabia’s influence over the region relative to Iran. Unfortunately, though, Saudi Arabia is not stable enough to responsibly govern and maintain an indigenous nuclear weapons capability — reforms notwithstanding.

Saudi Arabia is home to two fanatical sects of Sunni Islam — Salafism and Wahhābīsm. These twin-headed monsters of international jihad are the movements directly responsible for spawning the terror groups, like al Qaeda and ISIS. There is a substantial population in Saudi Arabia that wants a degree of greater Islamist rule (of course, there are many others who are more interested in reform).

The current regime in Saudi Arabia is the only thing preventing the religious radicals from seizing power in the Kingdom of Saudi Arabia (since the radicals are better organized than those who do not want more Islamist rule). For example, as a member of the Islamist political party, the Muslim Brotherhood, this was precisely what Jamal Khashoggi strove for: to use “democratic reforms” to usher in an Islamist regime through popular elections. Thus, for American purposes, any real reform in Saudi Arabia (at least drastic change) is a direct threat to American interests.

Last year, President Trump made a historic arms deal with the Kingdom. The move was designed to shore up support for the anti-Iran alliance in the Sunni Arab world. Overall, the Trump Administration has moved to lock in place Saudi Arabia’s commitment to a pro-American regional alliance with fellow Sunni Arab powers as well as Israel. For this to occur, Saudi Arabia wants more than just greater shares of advanced weapons from the United States. Riyadh desires other advanced technologies that could have dual-use purposes (in this case, nuclear reactors for civilian power could easily be retooled to become nuclear weapons).

Presently, the United States is competing to win the Saudi contract to build 16 nuclear power reactors in Saudi Arabia over the next 25 years. This was always surrounded in controversy. Following the Khashoggi murder by Saudi intelligence, this has taken on an entirely new degree of controversy. Saudi Arabia appears as an erratic political actor. Given that nuclear technology is dual-use in nature (it can be used for either peaceful or militaristic purposes), many in Washington are questioning the soundness of handing over the world’s most powerful weapons technology to a regime that acts as irresponsibly as Saudi Arabia has — or to a regime that is potentially moments away from being overthrown in an Islamist coup.

For the record, there is a legitimate reason for Riyadh seeking nuclear reactors: the Kingdom’s ambitious Saudi Vision 2030 — the brainchild of MBS — is the country’s official plan to diversify its economy, so that it is not only reliant on oil; it seeks to develop public service sectors (like health, education, infrastructure, recreation, and tourism); the plan is dubbed as a great disruption — a renegotiation — of the rigid social contract that presently exists in Saudi Arabia. Essentially, the plan is everything the West has wanted the Saudis to implement for 60 years. Part of getting off oil means a viable alternative energy sector. In my opinion (and obviously some people in Riyadh), nuclear energy is necessary for diversification to take hold.

Unfortunately, the Saudi Vision 2030 has already been hit with several setbacks (not the least of which has been the fallout surrounding the Khashoggi murder).

The country’s national oil company, Saudi-ARAMCO, was set to take a portion of the company public. It was supposed to generate $100 billion that would have been used as the seed money to start the diversification of the Saudi national economy. However, the IPO has stumbled and has been delayed repeatedly. Political dissidents have been jailed, tortured, and executed at alarming rates. Meanwhile, other reforms — like allowing women to drive — have been met with mixed results (and there is doubt that Riyadh will push any further with reforms like this).

MBS must tread slowly with reform — so slow that he’s almost not moving at all — in order to prevent offending the sensibilities of the aforementioned religious fanatics. Many Saudi elites fear that bold reforms would risk a backlash similar to what ultimately brought down the Shah of Iran in 1979 (and ushered in the current Islamist regime which rules Iran). MBS may be young (and a sloppy executioner), but he isn’t a fool.

In response to the horrific slaying of Jamal Khashoggi in Istanbul, a bipartisan group of United States Senators have banded together to stop the potential trade between the United States and Saudi Arabia. Their goal is correct. Although their reasoning is flawed. No one should care about the murder of Jamal Khashoggi. He was an Islamist who had malign intentions toward the United States. The real reason that one should be concerned about nuking up Saudi Arabia is that it’s ef-ing Saudi Arabia — home to 15 (of the 19) 9/11 hijackers as well as Bin Laden! Besides, the staying power of the pro-American regime in Riyadh is very much in doubt today.

Do you want to give them nukes?

Also, should a pro-democratic movement overthrow the existing regime and replace it with a democratically elected Islamist regime, those Islamists would have access to nuclear weapons. MBS might be more restrained in deploying nukes against his enemies (real or not); however, an imam dedicated to the Salafi-Wahhābī beliefs might not be so restrained.

We must support Saudi Arabia — and MBS. But we mustn’t give Riyadh The Bomb. Ever.