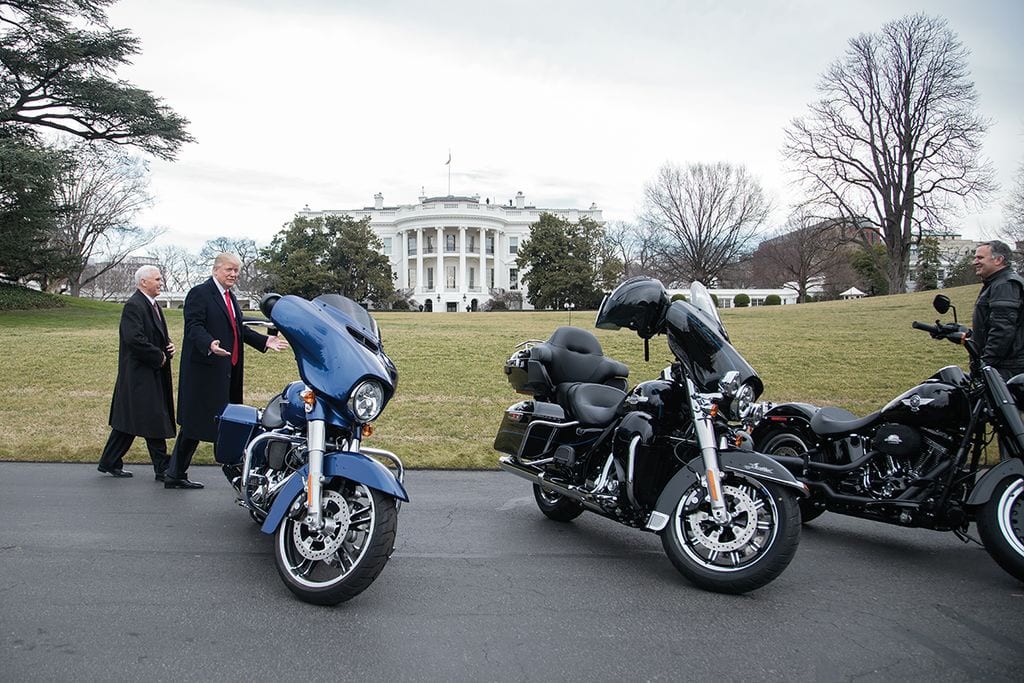 President Donald Trump has had a splendid first year in office. He has the economy moving again and at a healthy pace, some 2.6 percent in the most recent quarter. Unemployment is down, the stock market is up and the economic signs are mostly healthy. Well, for the stock market that was until last week. That was the week in which the President announced his intention to slap a 25 percent tariff on steel imports and a 10 percent tariff on aluminum. The market tanked, and more problems are said to be coming internationally. It appears the world does not favor President Trump’s threat of high tariffs.

Now possibly he is just trying to shake things up. He has done marvels by shaking things up in other sectors during his brief presidency. Maybe in international trade he is simply positioning himself to cut a deal, say with China or with Canada. Canada is the number one exporter of steel to the United States.

But it is said that he wants to help the steelworkers in Ohio and Pennsylvania. He cares for them as he cares for coal miners in West Virginia. I think he is sincere. But by raising tariffs on imported steel and aluminum he might help workers in those industries in the short term, but he will hurt other Americans, specifically as many as five million in manufacturing and related industries. In fact, his gesture will hurt workers and consumers in all walks of American life. His tariff policies will endanger our economic growth. His gesture against free trade will hurt the majority of Americans, a majority he will need in 2018 and 2020.

Larry Kudlow, Arthur Laffer, and Stephen Moore make the point jointly in a flight into irony the Hill magazine. There they write that “tariffs and import quotas are what we do to ourselves in times of peace and what foreign nations do to us with blockades to keep imports from entering our country in times of war.”  They leap from irony to pasquinade, saying “now we are imposing sanctions on our own country by punishing with tariffs in order to make Americans more prosperous.” Their point is that we will not make America more prosperous with a trade war.

Specifically considering those 140,000 steel and aluminum workers, they have already adapted to the status quo and are doing fine. But the millions of other workers dependent on steel and aluminum and the millions more consumers who are facing higher prices and possibly inferior products from tariffs, they have yet to be heard from. The fact is that the American majority approves of free trade and if the economy takes a dip they might not be inclined to vote for the President in 2018 and 2020.

I reviewed an interesting book a few weeks ago by the CEO of CaptiveAire, the nation’s leading manufacturer of commercial kitchen ventilation. His company is dependent on specialized steel from abroad and on electric motors from China that he can purchase no place else. They are made to the company’s specifications. He has no other supplier. That is the nature of a global market. If it is frustrated by tariff inflation his outcome is lowered quality, higher costs, and shortages. This is true of hundreds of other companies worldwide.

Tampering with tariffs is a bad idea for President Trump in terms of the economy, the workers he is trying to help, and the elections he is hoping to win. Listen to your friends, Donald. Your friends at the Heritage Foundation came out with their report on trade late in 2017. It is titled 2018 Index of Economic Freedom: Freedom to Trade is a Key to Prosperity and they were not very happy about anything that hindered free trade. They wrote in their Summary: “citizens of countries that embrace free trade are better off than those in countries that do not. The data show a strong correlation between trade freedom and a variety of positive indicators, including economic prosperity, unpolluted environments, food security, gross national income per capita, and the absences of politically motivated violence or unrest.”

In sum: “Reducing trade barriers remains a proven recipe for prosperity.” And the Heritage Foundation concluded with polls that demonstrated that the vast majority of Americans favored free trade. The Chicago Council on Global Affairs put the number at 72 percent. Follow the polls, Mr. President.