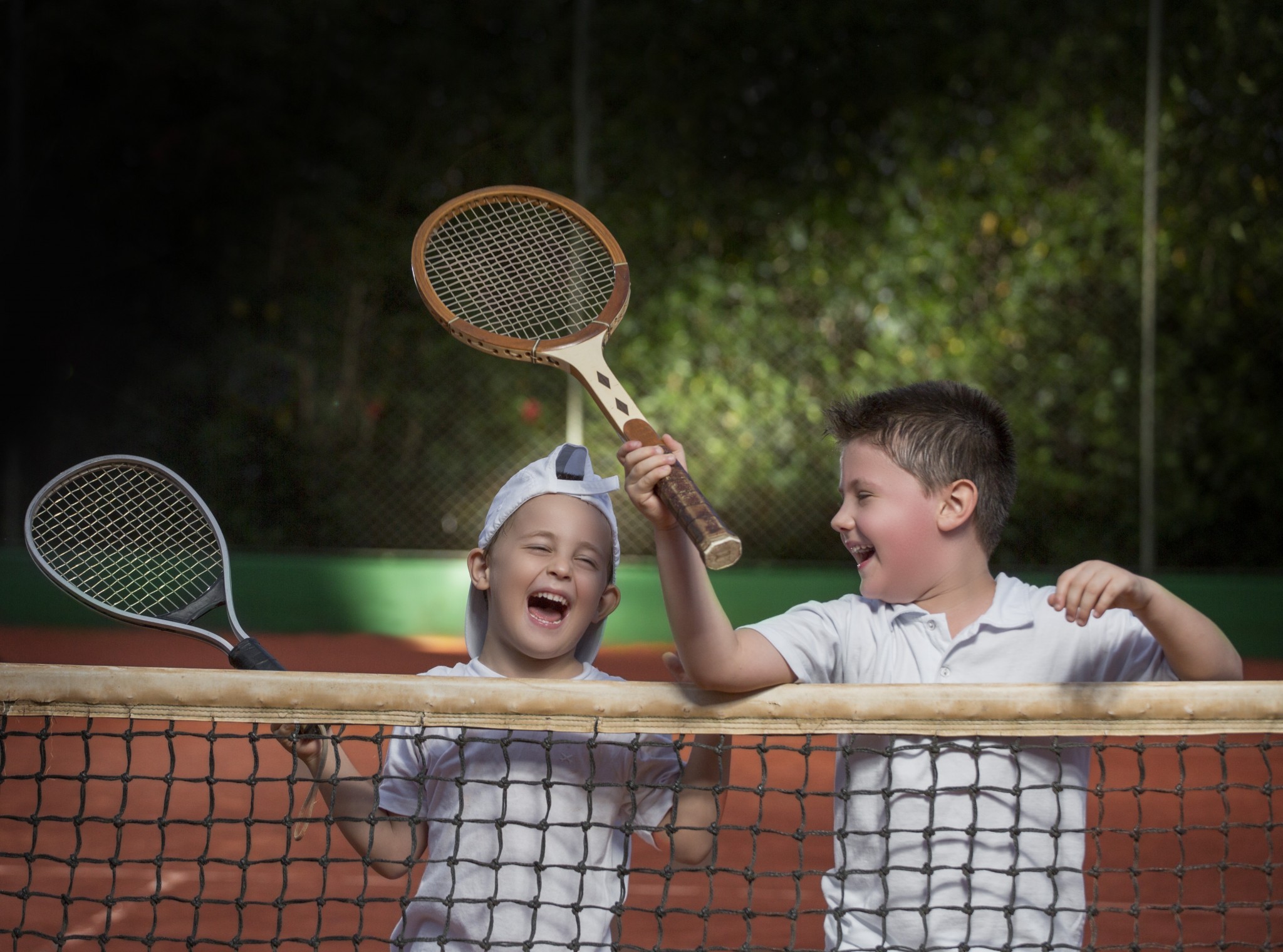 Novak Djokovic won 27 matches in a row over the past months, but he lost the one he most wanted, smiled through his tears, and said it all, “Tonight, even though I didn’t win the match, my heart is filled with joy and I’m the happiest man alive because you guys made me feel very special. You guys touched my soul. I’ve never felt like this in New York. I love you guys.”

He was beaten three sets to zero, returning a serve Daniil Medvedev sent over his ad-alley with a backhand that a thousand times he has hit to the opposite corner to end the point. This time it went into the net and ended the game, and the set, and the match, the last match of the 2021 U.S. Open.

Winning would have made it four majors for the year, the Grand Slam, something no man has done since Rod Laver, who was among the 24,000 spectators packed into Arthur Ashe Stadium, in 1969.

The grand old man of tennis was seen rising from his seat then and making his way toward the exits; on court, after the briefest moment of stupefaction, Medvedev, realizing what he had done, dropped his racquet and fell down, rolled over on his side.

He did not die. The six-six 24-year old Russian stood up and went to the net and embraced his six-one, 34-year-old Serb brother and they stood there for a moment, head to head. A little later, following Djokovic’s words of love to New York, Medvedev addressed him: “You are the greatest tennis player in history.”

Known for their tempers and defiant personalities, they both showed their big hearts and class in the end, as indeed they usually do. Both have been cast in the role of villains by the raucous and, frankly, ill-mannered New York fans — “You blocks, you stones, you worse than senseless things! O you hard hearts, you cruel men of Rome” — and both have turned hostile mobs into respectful, respectful audiences.

Serving for the match at 5-2, Medvedev double-faulted twice in a row while the fans yelled in unseemly interference. Against Djokovic’s serve in the next game, he went down at love. He got his grip back on his next service game, at 5-4, conceded two points, one of them another double.

Then he sent one last big one over the alley and Djokovic, exhausted and overwrought, connected with insufficient lift. He had been playing four-and five-setters all week, they took their toll.

So after telling Djokovic he was sorry, Medvedev mentioned he had forgot his anniversary the day before and knew he had to win this match for his wife, who was watching and shaking her head.

The transformation was quick, and the two Slavs were the toast of Queens, indeed the whole City, the entire tennis world. Publics are fickle, a good reason to distrust plebiscitary government. Checks and balances, that is the program.

Which is one way to look at tennis, when you consider the question. Rarely in this sport is anyone totally dominant. Medvedev, in his run to the final, showcased his strengths, his serve and his resilience from the baseline. He hit 16 aces, and I lost track of how many other served balls Djokovic got his racquet on only to hit them into foul territory. The bean counters call these unforced errors, and there must be some logic to it but it always escaped me. Again and again, Medvedev made up for a double fault — he hit more than he normally does of those, what with the pressure of the event and the crowd screaming its collective head off while he tossed the ball (this is against tennis etiquette but we are the land of the free, and we see here another reason for checks and balances) — or another error by coming back with a serve no one, even Djokovic, considered the best returner on the tour, could see. It was not just the speed of the thing — typically close to 130 mph — it was the placement. He hit the T or the alley at will, from either side.

Djokovic, whose own service game was reliable but not clicking for power and placement, tried to check this with approaches to the net when he got the ball in play. He did this successfully, but never enough, until the end, to break a Medvedev service game. The Russian thus needed only one break, which he got in each of the first two sets, to take the lead and keep it.

In this regard, the match was more one-sided than had been the ladies’ final a day earlier. Here the Flushing Meadows audience was treated to a charming double Cinderella story, two teen girls reaching their first chances for a major. The winner’s story was even more remarkable: England’s Emma Raducanu, who is 18 and ranked in the middle 100s, got a wild card to Wimbledon and made a beautiful run to the fourth round from which she had to withdraw with what appeared to be an asthma attack. She therefore had to play through the three qualifying rounds to get into the U.S. Open draw, which her eventual rival Leylah Fernandez, a five-six dynamo from Canada, did not, already having reached a rank inside the top 100.

Miss Raducanu, who is slender and graceful but, at five-nine and, as I think the term is, well-toned, looks the part of a strong athlete, with lovely eyes and smile and — but this is sports, not movies. She does have star quality, however, and indeed so has Miss Fernandez, whose gutsy enthusiasm is infectious.

Miss Raducanu may be a rookie and still in school, and maybe the two go together: she certainly knows how to study a problem. In this case, it was Miss Fernandez’s southpaw serve, which can pull a righty out of position and set up a winner. Young Emma — they are a few months apart, young Leylah having turned 19 during the fortnight — had studied the problem and several times she broke the service that had flummoxed Naomi Osaka and Angelique Kerber, defending and past champions respectively.

She hit hard, deep groundstrokes, which the fleet counter-puncher finally could not counter as she fell behind in the second set after staying close in the first. Miss R. extended her streak of never losing a set — three weeks without losing a set — and must have broken a record of fewest games lost.

Tennis changed its personnel at the U.S, Open this year; the teens and the young Russian, who made it on his third try at a major final, made it clear the tours now are wide open, following a decade and more during which the finals of every major, and most of the tournaments below, had at least one familiar name on the scoreboard on almost every occasion, slightly less so on the women’s side than the men’s. This year the great Williams sisters were both out with injuries and the current WTA No. 1, Australia’s Ash Barty, fell short in the third round. Medvedev, already ATP No. 2 going into the last slam of the year, will be one of the faces of tennis for a while; his near contemporaries, including the Californian Jenson Brooksby who had a good run (Djokovic needed four sets to beat him in the round of 16), will be up there.

Change is inevitable, life is moving and changing with it. It is nowise unlikely Novak Djokovic, one of his great contemporaries, will win another major or two, for the tears he shed on Sunday, which no one had ever seen him do, will be dried eventually, and he cannot be ruled out for another run for a Grand Slam, even. But innovation, adaptation, this is what makes sports great and what society must learn and apply to such stuck-in-the-mud functions as public policy, domestic and foreign. If ever it can.

And it must be said finally that the post-tournament ceremonies, while perfectly correct and nice, fell somewhat short. Maybe it is asking more than a sports event can give; still, there could have been a word or two for those who make it all possible, the uniforms that guard us, the men and women of the New York City police and fire departments, the guardians of freedom in the wide blue yonder and on its wild frontiers. Arthur Ashe Stadium is named for a man who won the first U.S. Open trophy, playing as an amateur because he was still in the Army. And the reason he was stateside in 1968 and not on a wild frontier was that his brother Johnnie, already serving in Vietnam, volunteered to fill in for Arthur’s tour (permitted under Army rules). Johnny Ashe loved his brother, never told him what he had done.

Somewhere, in fact anywhere, across our great and good land there is a kid with a racquet, trying to beat a wall by pounding a ball at it. He will not succeed, but he will learn something valuable. And nearby there are kids his age hitting baseballs and chasing them over the grass and racing around a diamond of clay and dirt. A man in blue steps out of a cruiser parked nearby, and walks toward them, the wall and the infield, looks to see who is playing, who is watching who maybe should not be, and he is satisfied and turns back to his car, though he would like to stay, not only because he knows these kids, one or two are his, and cares for them, but because he remembers, and there is a moment when he feels himself there with them, feet flying, eye on the ball, swinging a stick.