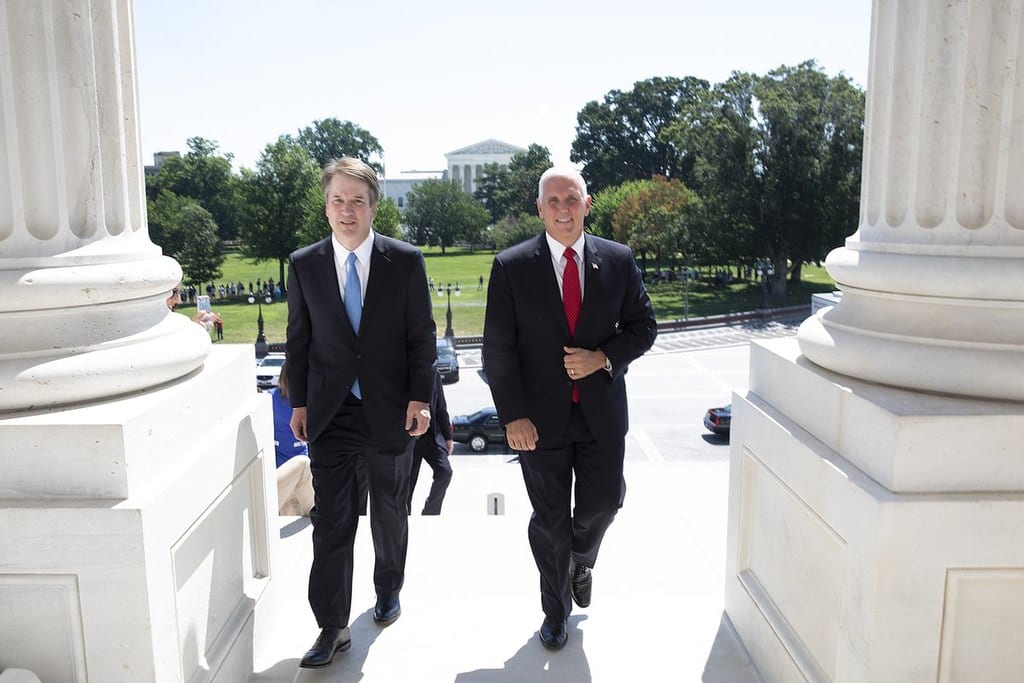 “Dirt is dirtier than clean is clean,” observes one of John O’Hara’s characters — a history prof, I think — remarking on the observed partiality of the human race for darkness and grime in their news diet, over sweetness and light.

Note the uproar over Brett Kavanaugh’s behavior — nice or nasty — at a high school party he attended at age 17. This, during the early years of the Reagan administration. The invitation to a good grime festival comes from Democrats, the national media, and even Republicans like Sen. Jeff Flake of Arizona. Who are we to refuse? We like our dirt where we can find it. It is the attribute Democrats give every evidence of counting on to sink a Supreme Court nomination.

Sen. Democratic leader Chuck Schumer is shocked, you may have heard, to learn of “credible evidence” that Kavanaugh may have perpetrated violence upon a young woman at a party. The woman herself says he did. Which settles things? Hardly. Kavanaugh stoutly denies the allegations. And it was 37 years ago, during the Reagan presidency, and before cellphone cameras.

A Senate hearing scheduled for next Monday will bring accuser and accused to the table to tell their stories. We’ll hear details. Wheeee, what fun, kiddies!

And what a desecration of any residual sacred character we might still impute to our politics. Immeasurably larger than the issue of what happened at the party is the issue of how we got sucked into this moral maelstrom in the first place: sexual politics as trump card in the affairs of a great democracy. Or should I say “once-great”?

Having received no invite from the high school party hosts long years ago, I am indisposed to confirm one account or another in this contest of assertion. I see no way of getting to the absolute bottom of something that happened, or didn’t happen at all, during the time of Ronald Reagan.

While others probe and pry, it strikes me as reasonable to mourn the encroachment of moral malice and pure-dee personal spite on the political proceedings of a people who once imagined themselves custodians of a higher vision than power. Power is what it all gets down to — the oldest human temptation. “Better to reign in hell than serve in heaven,” declares Satan in Paradise Lost. Well, yeah — you get better TV coverage.

Power means, from a Republican perspective, seating on the high court justices of one kind, vs. justices of the kind that Democrats would seat, had they the power. The right to do so stems from Republican victories over the past half dozen years, notably the election of a president pledged to appoint justices of the Republican kind; e.g., Kavanaugh.

What nasty medicine! Think Democrats are going to sit quietly while it’s poured down their gullets? Think again. We don’t operate that way anymore. The idea all along has been to defeat the Kavanaugh nomination on any grounds whatsoever. Not until the last few days did we imagine how encompassing is the word “any.”

Democrats have no more idea than I do what happened at that now-famous party. They’re willing, nevertheless, to hope that baiting the investigatory trap brings fat game. If America can’t be sure — you know — that’s the call to try another nominee. Then, on to the next tar-and-feathering. The Power Game, yes!

Are we off the tracks, or what? We just might be. Democratic governance is a Carrara marble monument streaked with graffiti and scrawled insults, for whose presence Chuck Schumer cannot be accounted solely guilty. Somewhere in the ’60s we lost the ability to keep power in perspective. Instead of wanting to control and contain it, we sought to grab and wield more of it — for Lofty Purposes, you may be sure.

Except that here we are with a brilliant and respected Supreme Court nominee calumniated for what happened when he was 17 years old. If it happened. Which — keep your minds open — it might very well not have.