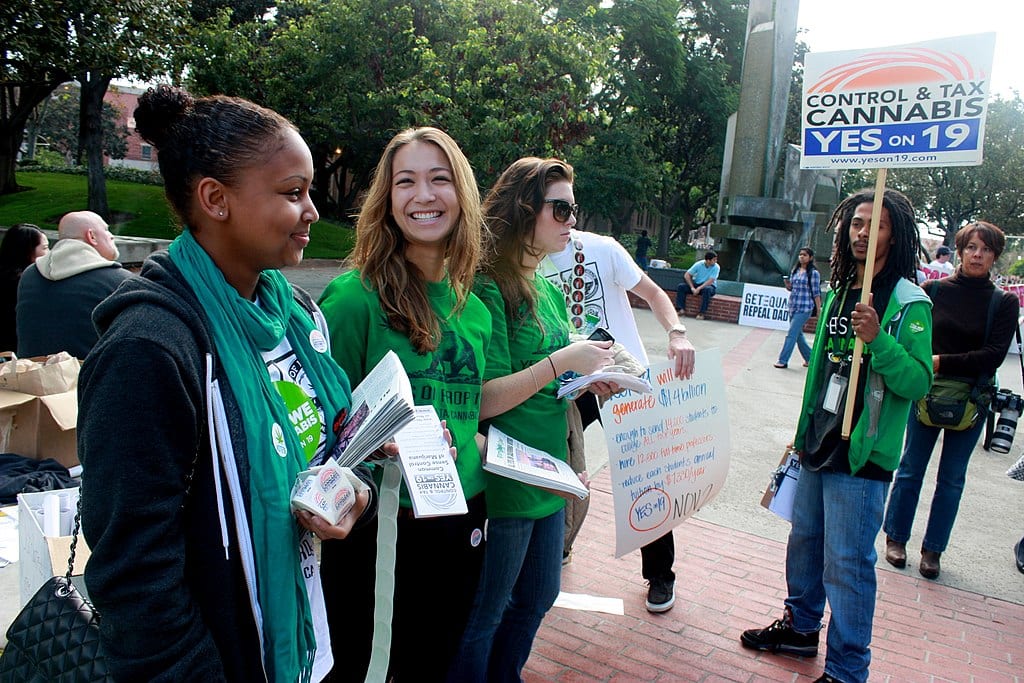 How well would any political system operate if it were designed by a socialist and implemented by progressives? That’s not a trick question, at least not for readers of The American Spectator. The answer: abysmally. It’s no surprise that such a system would, over time, enhance the power of the central government, increase government spending and bureaucracy, and leave private individuals always vulnerable to assaults on their liberty and property.

I’m referring, of course, to direct democracy. Although many states allow direct votes on initiatives, California has the most advanced version of this system. It occasionally has its charms for conservatives and libertarians and sometimes yields good results, but the latest list of statewide ballot initiatives has caused me to think about it more deeply. Voters this year have a relatively modest list of 11 measures to consider, but few of them really should be the purview of voters.

In a 2016 article, the LA Weekly’s Hillel Aron traced the roots of the initiative, referendum, and recall to John Randolph Haynes, a founder of the Christian Socialist Economic League in Los Angeles in the late 19th century. Aron quoted the late Kevin Starr, the renowned author of numerous books about California history: “If voters could in an industrial democracy put their own legislation on the ballot, Dr. Haynes believed, or vote yea or nay on controversial measures, or recall corrupt officials, the resulting democratic atmosphere would yield naturally to socialism.”

The man who put Haynes’ ideas into practice was Hiram Johnson, the Progressive era governor who placed Proposition 7 before voters in 1911, a year after he won the governorship. It passed overwhelmingly and the rest, so they say, is history. Every general election, Californians get to sort through myriad statewide ballot choices. Many are inconsequential, most spend tons of public money, and a few have had dramatic results. Some of them seem to be pay-to-play deals. No doubt, the system has revolutionized the way we govern our state.

The nation’s founders created a complex governance structure, filled with checks and balances, to avoid such majoritarian impulses. “Measures are too often decided, not according to the rules of justice and the rights of the minor party, but by the superior force of an interested and overbearing majority,” wrote James Madison, in Federalist Paper No. 10. I like the quotation, misattributed to Benjamin Franklin: “Democracy is two wolves and sheep voting on what’s for dinner.” These majority problems are bad enough when we elect legislators, but can be worse when we vote directly on laws at the ballot box.

The November ballot reinforces the problems with this approach. Propositions 1 through 4 would authorize nearly $16.5 billion in bond spending on housing assistance, mental-health programs, water and environmental projects, and children’s hospitals. None of those bonds will provide more than a pittance in “help” for the problems they are trying to solve.

Unfortunately, the public tends to support “free money” measures. Unlike local versions, state bonds do not directly raise taxes. But they create a binding obligation on the general fund, which then propels other taxes to be raised to pay for other things. Government debt is rarely a good idea, but it should be reserved for long-term and necessary capital projects such as dams and highway infrastructure.

Proposition 5 lets senior citizens carry with them their property tax base if they move outside the county. This goes back to 1978’s Proposition 13, which capped property taxes at 1 percent of the sales value of a home. When people are ready to retire, they often are reticent about moving to lower-cost homes and locales because they would be forced to give up their current, capped tax base and then pay taxes based on the new, much-higher valuation. It’s sensible, but Prop. 5 reinforces one of the reasons there are so many initiatives on every ballot. If something is passed by initiative, it can only by changed by a vote of the people.

Proposition 6 is an effort to smack down a state Legislature that loves to spend money on unnecessary things, then holds hostage money for transportation and other essentials. Then it raises taxes. Prop. 6 repeals the recent gas-tax increase, which is the latest example of that cynical process. It’s at least straightforward, although the measure highlights political influence with the system. The attorney general gave it a title that undermines its chances. Hence, Prop. 6 does well when polls ask whether voters want to repeal the tax, but does poorly when pollsters read the actual title: “Eliminates certain road repair and transportation funding.”

Proposition 7 allows the state Legislature to change its daylight-savings time period, which at least is easily understood. But Proposition 8 is a reminder of the degree to which the state’s unions control the process. It “regulates amounts outpatient kidney dialysis clinics charge for dialysis treatment,” according to its ballot title. As the Desert Sun explained in an editorial, Prop. 8 “ostensibly is about dialysis patient care, but it boils down to an ugly $125 million brawl between a powerful labor union and California’s biggest dialysis clinic operators.… The union… got behind this initiative route after failing to persuade state lawmakers to OK a measure mandating clinic staffing ratios and limiting revenues.”

There is no Proposition 9, after the state Supreme Court removed a non-binding vote on breaking up the state into three separate states. Proposition 10 is one of the biggest threats to property owners in recent history. It would overturn a state law that limits the ability of localities to impose extreme forms of rent control. Proposition 11 specifies work rules for ambulance employees. And Proposition 12 pits two groups of animal-welfare advocates against each other over cage specifications for chickens and other farm animals.

Despite this critique, I tend to defend our initiative system because, practically speaking, it provides the only check we have against a Legislature that has gone far to the Left. I’ve also opposed efforts to “reform” the system because such reforms usually come from progressive lawmakers interested mainly in cementing their legislative power. So I’m not arguing that we should toss the system or can do much about it even if we wanted to. I still agree with my past argument that it might be our last hope here given all the awful alternatives.

But I’d warn against other states following this direct-democracy model, especially given its origins. It’s great when it allows us to cap our taxes and recall an awful governor. However, the same system that gave us Proposition 13 has also given us a Soviet-like insurance market and the property-rights-destroying California Coastal Commission. There’s a reason our founders didn’t want such questions handled at the ballot box.