In February, far-left San Francisco underwent a political shock quite appropriate to a city used to the ground shifting under its feet. But the recall election in which three members of the local school board were blown out of office should be reverberating across the country as a warning of a massive earthquake to come.

What happened in those recalls, which saw woke leftists Gabriela López (sent packing by a 75-25 count), Alison Collins (79-21), and Faauuga Moliga (72-28) all clobbered by more than 70 percent of the voters, was an even more demonstrative example of what happened in the Virginia elections last fall. Namely, that disgusted public school parents rose up to punish the politicians who have politicized and poisoned their kids’ education.

How? Critical race theory, transgender advocacy, and Branch Covidian hysteria, which have become the three main sacraments of left-wing public education’s new religion. It turns out that even San Franciscans won’t take it anymore. 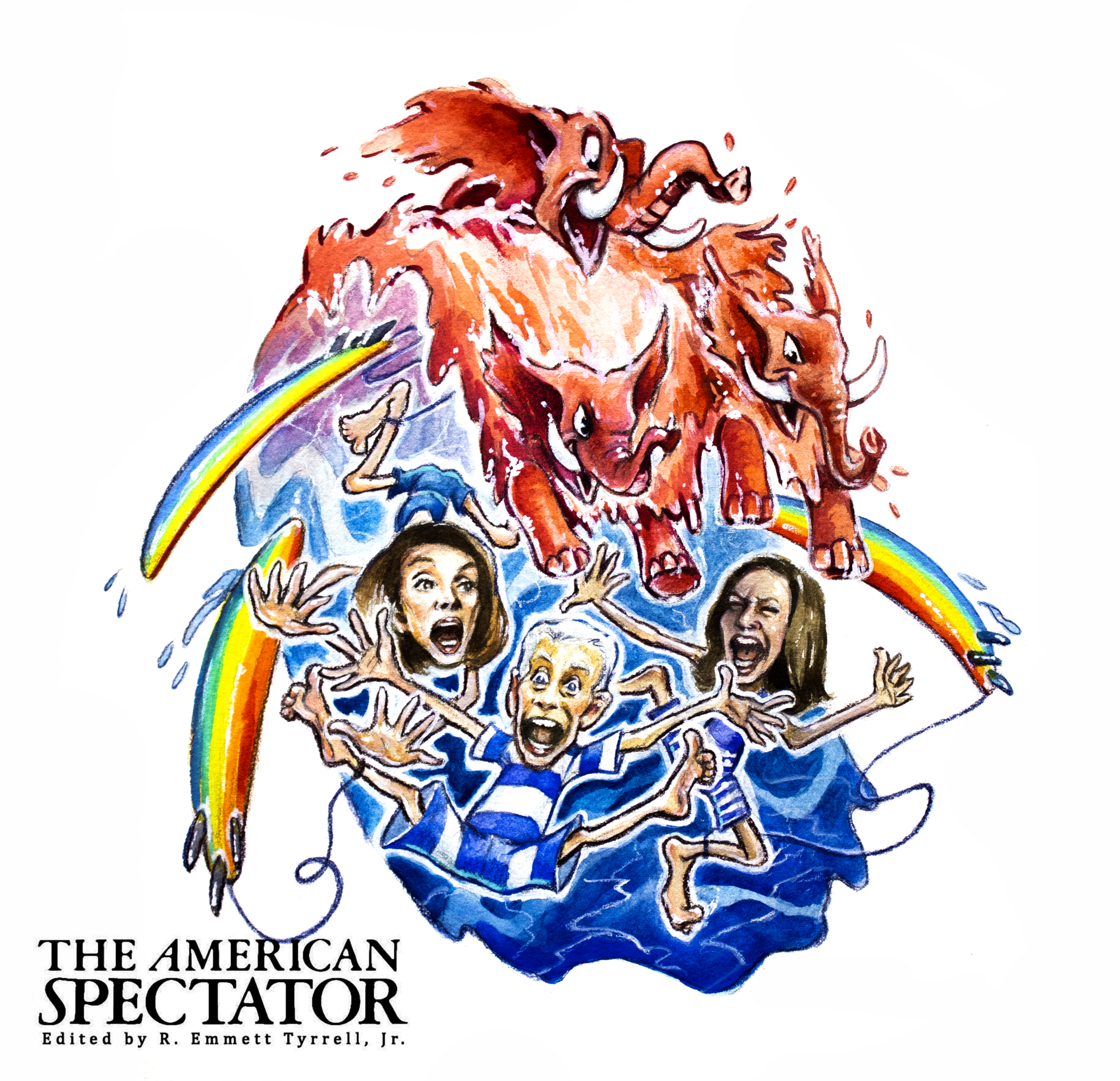 López and Collins saw their political careers destroyed, interestingly enough, not by “racist” white voters but by Chinese Americans, who are 26 percent of the electorate in San Francisco. That’s a very, very bad sign for today’s Democrat Party, as it turns out that the “Asian American” vote they’ve spent the past year and a half pandering to on the basis of declaring their victimization is not impressed.

Why would they be? Everyone knows that the “Asian Hate” the Democrats and the progressive ruling elite say they’re so determined to stop is perpetrated in two typical ways. First, Asians, typified by Americans of Chinese and Korean extraction, are routinely discriminated against in areas like university admissions. And second, Asian Americans in predominantly black neighborhoods, who very often plow everything they have into small businesses serving those neighborhoods, are disproportionately victimized by the criminal class.

And while it’s certainly not in evidence that the GOP is about to make a big comeback in San Francisco, the Chinese community there has become troublesome for López and Collins. Writing in the New York Post, Ann Hsu, a former Silicon Valley exec and activist San Francisco mom, explained why:

Chinese people in the United States, especially first- and second- generation immigrants, have historically paid little attention to politics because Chinese culture does not encourage civic engagement. We are either too busy making money to support our families or we think the games that politicians play do not affect us.

To be honest, I was like that, too. But the pandemic has made me realize that the decisions made by local elected officials do affect our actual lives!

During 18 months of online classes, my son was completely unengaged in school and wasted his time all day, every day, playing video games. But San Francisco Board of Education members Gabriela López, Alison Collins and Faauuga Moliga did not recognize or try to fix the problem — instead they focused on renaming schools.

Then they ignored protests from the Asian American community and canceled the merit-based admissions system at Lowell HS. Adding fuel to the fire, Collins blatantly discriminated against Asians with her racist tweets. “Many” Asian Americans “use white supremacist thinking to assimilate and ‘get ahead,’ ” she wrote, and added, “Being a house n—-r is still being a n—-r.”

Asians are being told they’re “white-adjacent” by the woke Left, largely because the cultures they come from refuse to accept excuses for failure brought on by unsuccessful behaviors the Left promotes. Asian families generally stay intact, Asian street crime is rare, and it’s uncommon to see Asians homeless or dependent on the government.

And Asian cultures, particularly East Asian cultures, place a prime emphasis on education. So when an Alison Collins comes along and declares she’s “looking to combat anti-black racism in the Asian community,” or when López says of her recall, “If you fight for racial justice, this is the consequence,” how do you think that plays?

Left-wing writer Lee Fang noted on Twitter that the answer is: not well. “It’s easy to look at social media, NGOs or elite media/activists and assume wokeism is somehow popular,” he tweeted on February 16, the night of the recall landslides. “But every time it goes to a vote, a tsunami of opposition from regular people. Now from abolishing the police in Minneapolis to recalling the school board in SF.”

Fang went on: “No one watches Fox News here. There’s no real right wing influence. The leaders of the recall are nonwhite immigrants. The media will lie nonstop about this but the fact that an overwhelming majority of Democrats recalled San Francisco’s ultra woke school board speaks volumes.”

Those San Francisco recalls could be but a small taste of what’s coming. Just ask George Gascón, the George Soros–backed neo- communist district attorney in Los Angeles who is embroiled in a similarly robust recall effort backed, interestingly enough, by a large number of Hollywood executives and celebrities for his own hug- a-thug policies.

A year ago, longtime Democrat political guru James Carville made waves when he said, “Wokeness is a problem.” It’s clear, though hardly surprising, that Carville was correct — but Carville’s party isn’t listening.

Pro-criminal, anti-tradition, pro-illegal alien, anti-freedom, and pro-COVID restriction policies, all of which are de rigueur for the woke progressive crowd, are the kinds of things that cause the general public to rise up in opposition. Just see the trucker protest in Canada, which exposed that country’s woke leftist government for the tyrannical regime that it is.

That trucker protest was headed south when Democrats lined up to demand it be treated similarly in America. “Perfect time to impound and give the trucks to small trucking companies looking to expand their business,” Arizona Democrat Rep. Ruben Gallego tweeted after reading a Washington Post story about the impending American trucker demonstration.

It isn’t just the politicians, by the way. A Trafalgar Group poll that found Americans in support of the Canadian truckers by a 55- 35 count showed Democrat responders as major outliers. Democrats backed the heavy-handed Trudeau regime by a 65-17 margin.

That kind of disconnect gets repaid in turmoil at the ballot box. Which is coming, barring strange developments. (READ MORE from Scott McKay: Joe Biden Could Be History)

Carville is still playing Cassandra; in fact, he’s starting to sound more like the guy eulogizing the woke progressives’ rule.

“You’ve got to give people the sense that they may not be all that happy in 2022, but if they vote for the Republicans, they’re going to lose a lot of the things they have now,” Carville said.

But even James Carville doesn’t get it. Or maybe he thinks he has to pander to the woke in order to get their attention.

“Ninety-eight percent of people on the Mall on Jan. 6 were white,” he said. “We need better white people in the United States.”