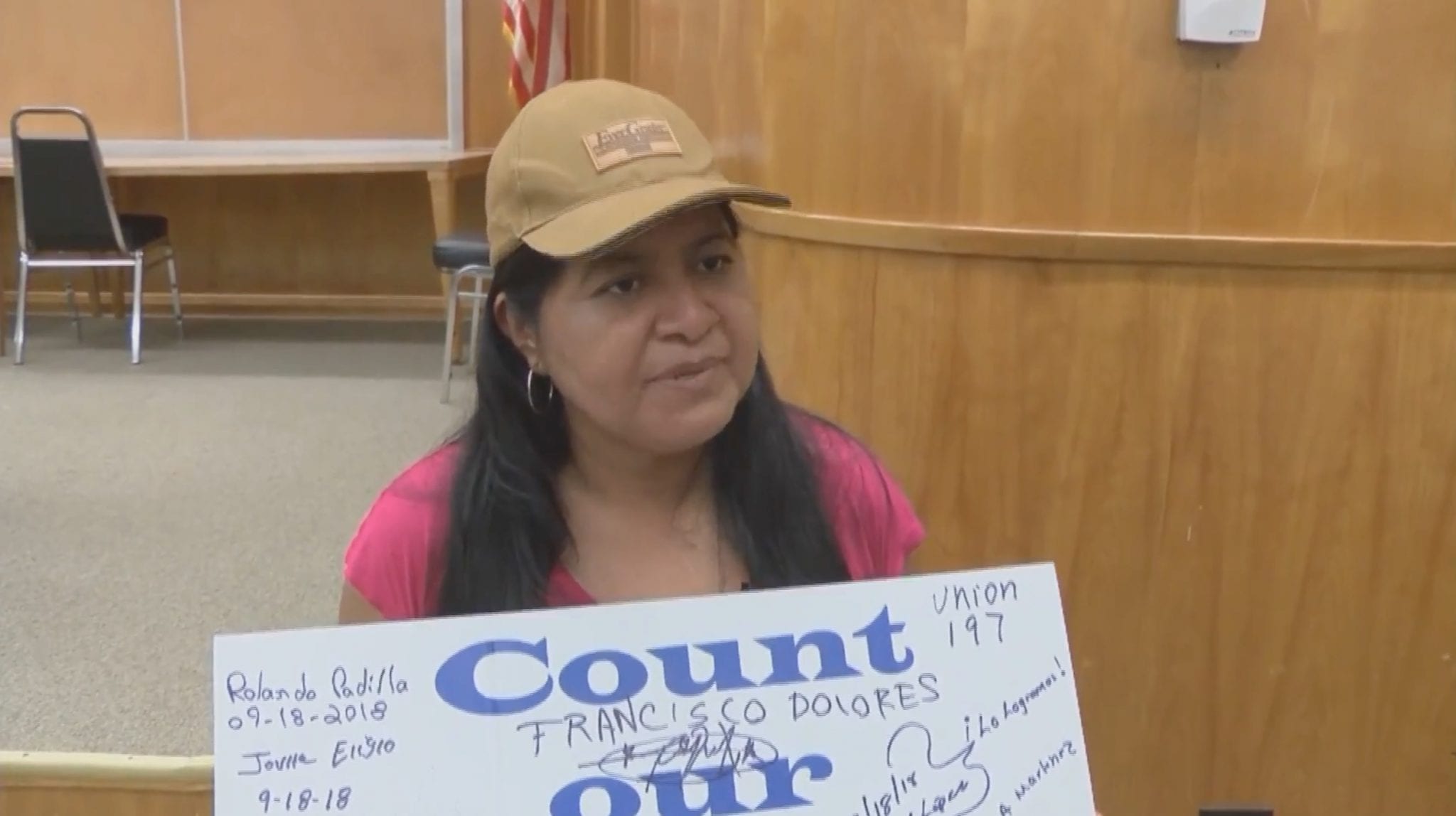 It’s taken nearly five years of administrative battles, legislative interference, and lawsuits, but the California state government has finally counted farm workers’ votes in a union election at the state’s largest fruit grower, Fresno-based Gerawan Farming. The final verdict, tallied on Tuesday, explains why the Jerry Brown administration and Democratic statehouse leaders did everything in their power to destroy the votes without counting them.

The margin: 1,098 workers voted “no” to the United Farm Workers, with only 197 workers voting in favor of UFW representation. There still are 635 disputed ballots, but even the math geniuses in Sacramento can see that there’s no way to overturn a five-to-one vote against the union. That, however, is unlikely to stop state officials from continuing their efforts to force these workers to be represented by a union they clearly don’t want.

The long and unseemly process had myriad twists and turns. But the back story is straightforward. The state’s Agricultural Labor Relations Board, formed by Brown during the first year of his first term as governor (1975), has allegedly served as the cat’s paw for the union. In fact, a Fresno County Superior Court judge said in a 2013 ruling that “it almost seems” as if ALRB is “in cahoots” with the UFW.

It was clear since 2013 that Gerawan workers wanted to be free of the UFW. But the ALRB apparently only likes voting when workers vote in the appropriate way. I had compared one of the main ALRB hearings to a show trial. It had the veneer of a public hearing, but the verdict was never in doubt. Workers traveled from Fresno to Sacramento, but the assembled board members limited their speaking time and treated them with bureaucratic indifference. Even in California, it’s rare to see such in-your-face paternalism.

The purpose of the ALRB is to “ensure peace in the fields of California by guaranteeing justice for all agricultural workers and stability in agricultural labor relations. The board seeks to achieve these ends by providing orderly processes for protecting, implementing, and enforcing the respective rights and responsibilities of employees, employers and labor organizations in their relations with each other.” So an agency formed to ensure that all farm workers have a voice, free from coercion, ignored their voice and coerced them to accept the UFW contract.

As I explained for The American Spectator in 2016, “Instead of counting the votes, the labor board forced the workers into ‘mandatory mediation and conciliation,’ where it and UFW leaders crafted the workers’ contract. Workers even were denied an opportunity to be in the room where their contract was being hammered out. The Legislature weighed in — on the side of the union — by passing a bill that gives the agency even more power to impose contracts on workers unilaterally.” Brown made some management changes at the agency, but that didn’t halt its effort to stifle the vote count.

The UFW had organized the farm in 1992. According to Gerawan officials, the union then disappeared from the scene for many years. The UFW’s critics say that the union only came back when it faced declining membership rolls. “Now the UFW has petitioned the ALRB to force Gerawan Farming into binding arbitration to impose a contract that would require employees to pay 3 percent of their wages in dues when fewer than 10 percent of the current Gerawan Farming workforce were employees in 1990,” according to a 2014 letter that 12 Republican lawmakers sent to Gov. Brown.

The union claims that it had made several substantive negotiating attempts with Gerawan over that 20-year period. OK, so why not just let the current union workers vote on their current representation and settle it that way? That’s what the Gerawan workers tried to do. Instead of handling it in a democratic manner, the board contested the election and issued a series of opinions. Essentially, ALRB alleges that Gerawan Farming engaged in unfair labor practices and “misconduct” that unduly influenced the vote. Gerawan denied those allegations and fought back.

The agency rulings were issued by administrative law judges, which are one of my pet peeves (with all state and federal regulatory bodies). These “judges” are not actually judges, but employees of the agency. It’s a means to put a legal-sounding imprimatur on the designs of a bureaucracy. Fortunately, Gerawan had the wherewithal to take the matter to an actual court. In May, the California Fifth District Court of Appeal demanded that the agency count the votes. The state Supreme Court upheld the decision, which led to this week’s vote count.

“A secret ballot election under the (Agricultural Labor Relations Act) is intended to embody and reflect the workers’ fundamental right to choose concerning a question of representation. That right is at the heart of what the ALRA is designed to protect and promote,” the appeals court ruled. “The tally and size of the margin of victory should be weighed as a significant factor in its reconsideration of the election question on remand.”

Unfortunately, the matter is not over. I expect the agency to continue to rebuff the farm workers, the union-friendly governor to do nothing to force the agency he created to behave in a fair-minded way, and the Legislature to again side with its union allies. So much for all their blather about helping poor, downtrodden workers! The old farm worker rallying cry of “Si se puede!” should be amended. Yes, you can — but only if they allow you.