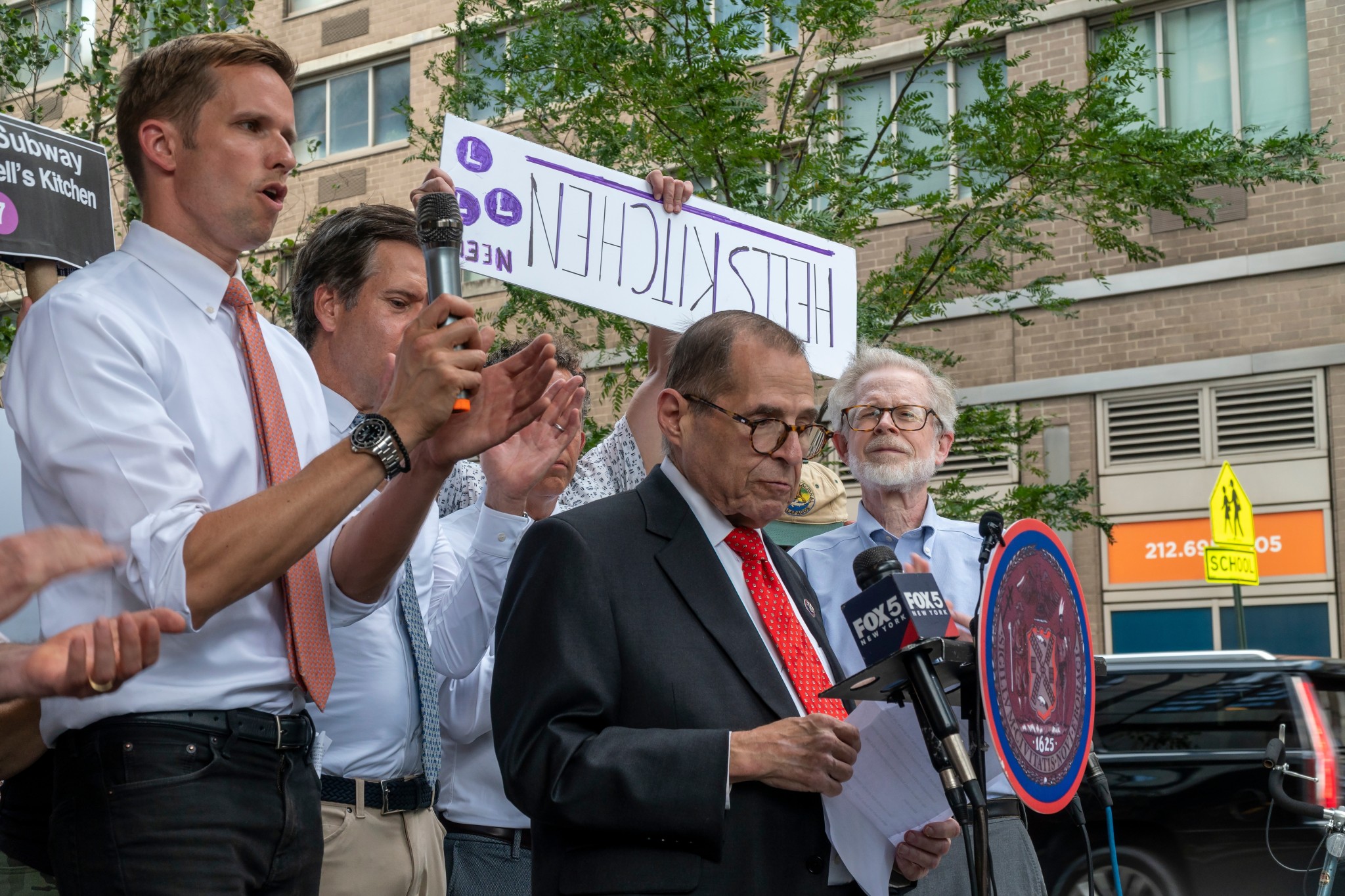 New York will hold its House primaries on Tuesday, but it didn’t have to be that way. It certainly wasn’t supposed to be that way; they were to be held in June alongside the statewide primaries. Those went off without many surprises: Republicans nominated Rep. Lee Zeldin from Long Island for governor while Democratic Gov. Kathy Hochul easily fended off her primary challengers. But Hochul and her fellow Democrats created the mess now ensnaring their congressional allies.

Going into 2022, New York Democrats sought to draw a maximalist gerrymander that would have given them as many congressional seats as possible. The map they passed would have created 24 districts won by Joe Biden in the 2020 presidential election and only four districts won by Donald Trump. Giving Democrats 85 percent of the seats in a state where Biden only received 61 percent of the vote required contorting district lines in ways equally unfair and hideous. But Democrats, armed with the governorship and supermajorities in the state legislature, cared little.

However, the New York Court of Appeals, the state’s strangely named supreme court, found that the redistricting process was done with such partisan intent that it violated the state constitution. Given that all seven of the sitting judges on the court were appointed by Democratic governors, it was no small ruling. The court appointed a special master to draw a fairer map that would be used instead. Caught unprepared, Democrats scrambled to recalibrate.

The first casualties may be two Democrats from the Hudson Valley, Reps. Mondaire Jones and Sean Patrick Maloney, the latter of whom is the chair of the Democratic Congressional Campaign Committee, the Democrats’ Hill committee tasked with holding the House. The Intercept reported that Maloney and Jones came to blows when Maloney announced that he would seek reelection in Jones’s 17th District and not the 18th District. Jones reacted rather poorly to the news, telling a reporter, “Sean Patrick Maloney did not even give me a heads up before he went on Twitter to make that announcement. And I think that tells you everything you need know about Sean Patrick Maloney.”

The prospect of the DCCC chair, tasked with helping the Democrats hold onto the House, attempting to primary another incumbent caused considerable dissension among other Democrats and several publicly called for him to step down from the role. Why would he go through with the move? According to the Intercept, Maloney was scared that he would lose reelection in the 18th District, which favored Biden by 8 points in the 2020 presidential election.

Jones should have been able to prevail; after all, he was the incumbent in the 17th District, not Maloney. But according to the Intercept, Jones’s own internal polling saw him losing reelection even if he did win the primary, despite the fact the 17th District voted for Biden by over 10 points. Jones decided to abandon his seat to Maloney and carpetbag all the way to the solidly Democratic 10th District in lower Manhattan. Maloney is not out of the woods yet, though; in the Democratic primary, he faces a challenge from progressive state Sen. Alessandra Biaggi, and in the general election, Republicans seem likely to nominate popular state Rep. Mike Lawler.

It should be no surprise that Jones, who lacks any real connection to the area, is facing several opponents in the 10th District. Democrat Dan Goldman, the former impeachment lawyer and Levi-Strauss heir, is playing up his antipathy toward Trump and playing down past statements he made supporting some restrictions on abortion. State Rep. Yuh-Line Niou, who is running hard to the left with the support of the Working Families Party, is also a serious contender.

Of course, simply watching the fireworks was not sufficient for a certain Florida expat. While he now resides at Mar-a-Lago, Trump was born a New Yorker and maintains a special connection to it. The former president has an impressive endorsement record in GOP primaries, so much so that he apparently has decided to try his hand in Democratic ones as well.

The former president endorsed Goldman, a rare instance of Trump and the New York Times concurring on a candidate. Unsurprisingly the Democrat seemed ungrateful for the support, accusing Trump of “trying to meddle in an election” in a statement to the New York Daily News. He continued that “this is a pathetic attempt at fooling Democrats who are far smarter than Trump is, and it’s clear that only one candidate in NY-10 is living rent-free in Trump’s head.”

Goldman’s opponents, though, were more taken with the former president’s sincerity. A spokesman for Jones said, “Dan Goldman will not be able to run away from Donald Trump’s endorsement. It isn’t fake, Trump even says it himself: Dan has the best chance of beating progressives. That’s why Trump endorsed him. Dan and Trump are forever linked.” Niou also highlighted the endorsement on social media.

Trump also endorsed Democratic Rep. Carolyn Maloney, who is facing fellow Rep. Jerry Nadler in the nearby and similarly dark blue 12th District. Maloney also rejected Trump’s endorsement but has fallen behind Nadler in polling and seems unlikely to recover. While both are reliable liberals, Maloney released an ad suggesting she was more qualified for the seat on the basis of being a woman.

In a bit of good news, House Speaker Nancy Pelosi’s majority appears set to shrink again before November. Duchess County Executive and 2018 gubernatorial candidate Marc Molinaro looks set to defeat Ulster County Executive Pat Ryan to flip the 19th District. The seat was vacated when Gov. Kathy Hochul chose Rep. Antonio Delgado to be lieutenant governor after the prior incumbent, Brian Benjamin, resigned after being indicted on federal bribery charges. Molinaro is leading in polls, even those sponsored by Democratic groups.

Were Molinaro to win, Republicans would only need to net three House seats to regain the lower chamber in November. Given the state of the opposition, they have no excuse not to.