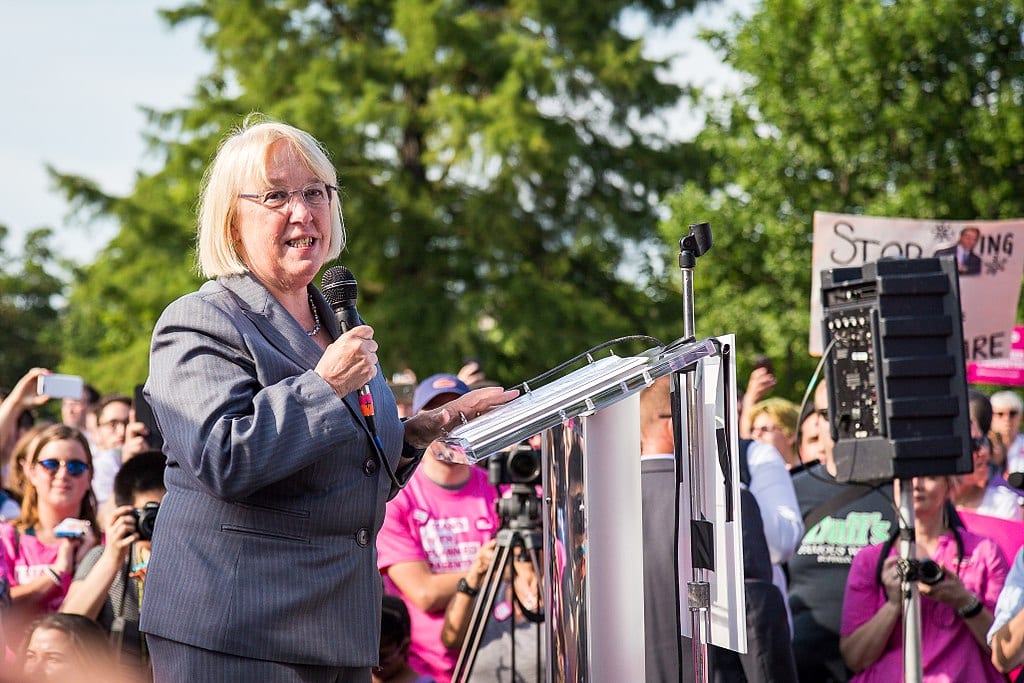 More Politics
Sign Up to Receive Our Latest Updates!
Register
Hot Off
The Press
Blog
Mob Harasses 80-Year-Old Who Demanded Man Leave Women’s Bathroom
by Evan Poellinger
Laughing Matters
A Little Respect for Joe Biden the Artist
by Itxu Díaz
Another Perspective
They Always Blame America First
by Francis P. Sempa
Blog
President Trump’s Policy Victories, From A to Z
by Deroy Murdock
Special Report
Afghan Women Are Back to Square One Under Taliban Rule
by Evan Poellinger

Democrats fighting to expand a woman’s “right to choose,” no matter how far along her pregnancy, claim late-term abortions are rare and done only when the woman’s health or life is at stake or the fetus has a fatal condition. That’s false. Here’s the truth: At least twelve thousand late term abortions are done every year in the U.S., and almost none out of medical necessity.

Fetal abnormalities “make up a small minority of later abortions,” according to Diana Greene Foster of the University of California, San Francisco, lead investigator of the largest ever study of women seeking late-term abortions. Foster reports that threats to the health of the mother are even rarer. The study found women’s reasons were all over the place, including travel considerations, expense, indecision, and disagreement with the father.

Sixteen percent of abortion facilities terminate pregnancies that are 24 weeks along (out of the full 40-week term), when many fetuses are viable outside the womb, according to the Congressional Research Service.

Democrats are trying to make it even easier to get late-term abortions in states like New Mexico, Massachusetts, Vermont, and Virginia.

Some legislation would even allow medical practitioners the discretion to withhold from newborns who survived abortion the routine treatments all preemies with immature lungs need to breathe and survive. That would doom them to die within hours. New York Governor Andrew Cuomo signed such macabre legislation on January 22, and celebrated by having One World Trade Center lighted pink.

Last week Senator Patty Murray (D-WA) blocked a Senate bill to require medical practitioners to treat any baby who survives an abortion. Murray said it would “interfere with decisions that are between a woman and her doctor.”

Even if you’re pro-choice, like me, this grisly denial of the value of the nearly born and newly born shocks the conscience.

Worse, the academic medical establishment is mainstreaming these repulsive views, all but guaranteeing late-term abortion and after-birth abortion will become routine unless the public protests.

Ezekiel Emanuel, President Obama’s health advisor and now Chair of Medical Ethics and Health Policy at the University of Pennsylvania, says there’s no place for morality in medicine and there should be no limits on abortion. As for the victims, Emanuel says little. But he coldly calculates that infants are of little value to society. “Adolescents have received substantial education and parental care,” says Emanuel. “Infants, by contrast, have not received these investments.” (Emanuel, you may remember, also argued elderly patients don’t deserve scarce medical resources.)

Princeton University bioethicist Peter Singer insists that late-stage fetuses and newborns, though they look human, lack the mental awareness to be considered persons. Singer says “killing a newborn baby is never equivalent to killing a person.” He calls it “infanticide.” Call it what it is, homicide.

We don’t need Ivy League bioethicists to tell us what’s immoral. Any society that allows the killing of unwanted human beings is heading in the wrong direction.

After birth abortion happens when a fetus survives a chemically induced abortion. In the more common surgical abortions, the fetus is dismembered inside the mother’s body, and then removed piece by piece with forceps. But about ten percent of late abortions are induced with drugs, and the premature baby can survive because the medications are not toxic. These survivors have a fair shot, if allowed to live. A 26-week fetus given treatment at birth has a 59% chance of surviving without a disability.

Until Cuomo signed and celebrated New York’s new abortion law last month, preemies who survived a chemical abortion were legally protected. Not anymore. Now they can be deliberately denied treatment.

When asked about the growing public concern over late abortion and new state laws like New York’s, Sen. Kirsten Gillibrand called any limits “an attack on women’s rights.” She tells politicians to stay out of it. The choice is “between a woman and her doctor.”

The choice to kill a viable fetus? The choice to doom a newborn to suffocation? That stance is so extreme that not even most pro-choice Americans can stomach it.