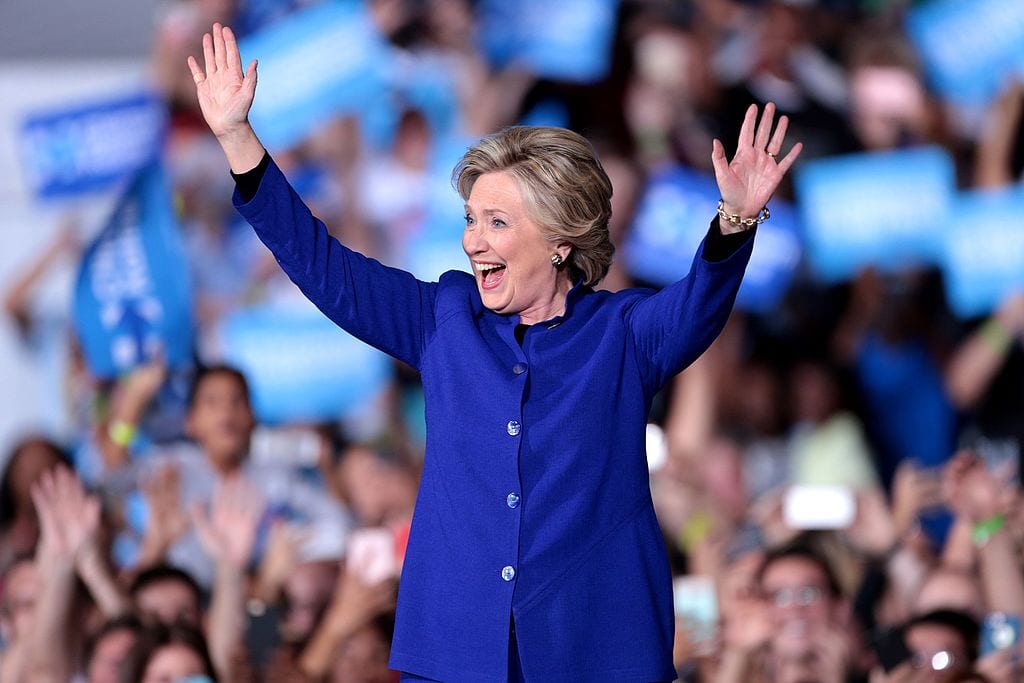 Democrats anticipating happy returns in November’s midterms may thank one person: Hillary Clinton. Without her 2016 loss, they would not be looking ahead to 2018 gains. Instead, Democrats would be facing a congressional debacle of historic proportions.

In the realm of hypotheticals, Clinton winning the White House in 2016 is hardly far-fetched. That was the prevailing viewpoint — at least in the media, polling, and by experts — until polls closed on election night. She won the popular vote by over two percentage points, and was expected to leverage this into an Electoral College landslide. As far as hypotheticals go, the unthinkable was what occurred instead.

Democrats have been blaming Clinton ever since. Their version of 2016 is not that Trump won it, but Clinton lost it. By implicating Clinton, they immediately invalidated Trump — killing two birds with one stone. To Democrats, both have been pariahs ever since.

It is only fitting then that Hillary should get Democrats’ credit for what they believe will shortly occur: Seat gains in — if not outright takeover of — Congress. In this, they have history on their side.

Of the 20 midterms during this span, 12 presidents have gone 2-18 in the House and 4-15 (Clinton lost 0 seats in 1998) in the Senate. Those years that have bucked the loss trend have done so with, at best, small gains (never more than three Senate seats and eight House seats); however, losses have been sizable. The average midterm performance has been a 4.7 Senate seat loss and 29 House seat loss. History says Republicans will lose seats this November, just as Clinton would have seen Democratic losses if she were President now. However, losses in a Hillary Clinton presidency would have been particularly devastating to Democrats.

Since Clinton won the popular vote, had she won the presidency, it is likely Democrat numbers in Congress would be no different than they actually were on election night: 48 Senate seats and 194 House seats. That would have made her the first President to take office with an opposition-controlled Congress since Bush I in 1989.

Facing a Republican Congress, Clinton could have expected to make little headway on any legislative initiatives. The opposite would have been far more likely. United by opposition to her Republican-passed legislation would have come her way — the most obvious being Obamacare repeal.

Imagine Democrats coming into 2018’s midterms with Hillary Clinton having vetoed Obamacare repeal. Recall that ClintonCare’s failure and Obamacare’s passage set the stage for massive Republican gains in the 1994 and 2010 midterms.

The potential impact can be clearly seen by looking at historical precedent. Simply subtracting 1936-2014’s average midterm losses from the congressional totals Democrats held following 2016’s election would have left them with just 43 Senate and 165 House seats.

However, the first midterm losses of the last two Democrat presidents were far worse than the 80-year average midterm loss. Presidents Clinton and Obama averaged a 7.5 Senate seat loss and 58.5 House seat loss. A repetition would have pushed Democrat totals to just 41 Senate seats and 165 House seats. Those would have been Democrats’ lowest congressional numbers since 1931.

Midterm losses are the presidency’s price. There is an argument to be made that this is what a President’s congressional capital is for, and that it is a worthwhile investment — provided the accomplishments are there.

President Trump and Republicans can point to the first tax reform in three decades, among others. A Hillary Clinton presidency, taking office with popularity as low as Trump’s and seeking to move her agenda against united Republican congressional majorities, would likely have had few, if any.

Democrats under a Hillary Clinton presidency would have entered 2018 midterms in a far weaker position than Republicans do now, and be far less able to withstand the inevitably coming blow. While Democrats are happy at what they believe will transpire this November, they should be delirious about what happened — and especially what did not — in November 2016.