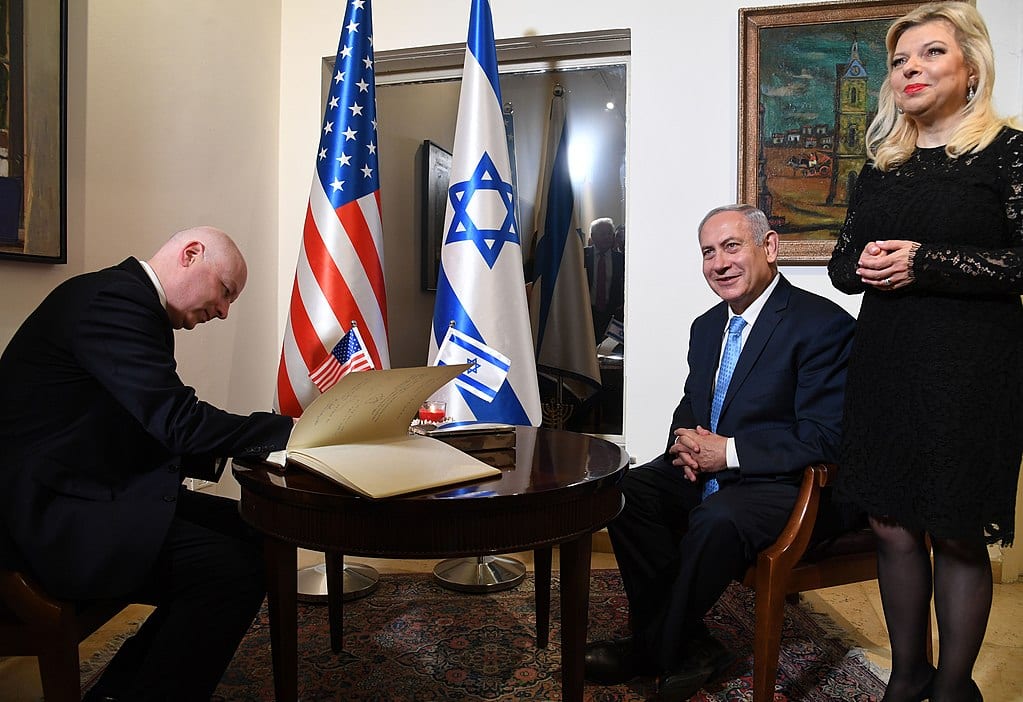 Should you ever participate in a parlor game, or a Twitter meme, looking for two-word redundant sentences, our opener today is a sure winner every time. It is better, sharper, more accurate than “Noses run” or “Chips dip.” In fact, it is even marginally more correct than “Republicans cower,” but hopefully the Trump Era surge in Republican spine transplants will continue unabated. But “Democrat truth-telling”?! No one is so oxy a moron as to imagine any of that happening in the foreseeable future.

Yet, while it is undeniable that Democrats lie to all and sundry, no group is treated to a larger dose of their lies, large and small, than their most eager donors, the Jews. My compadres among the progeny of Abraham, Isaac, and Jacob find no nobler receptacle for their hard-earned money than the Democrat Party. Why invest your philanthropic dollar in Jewish education or the State of Israel if you can have the privilege of paying for the party of tolerance, compassion, and progress? I would use the cliché phrase “they sold their soul to the Democrat Party,” but a transaction is only a sale when the giver receives value in return. What Jews do receive in return from the Democrat Party is a double dose of lies.

Democrats lie to Jews. More than to everyone else.

This is because even those Jews who are not active on behalf of Israel are reluctant to sign on to an anti-Israel agenda. The Democrat Party has been anti-Israel for some years (remember the 2012 Democrat Convention platform vote?) now, in concert with fellow leftists around the globe, but they have taken pains to conceal that fact from constituents and donors.

President Trump has called them out by moving the embassy of the United States in Israel to Jerusalem. Democrats have avowedly been for such a move for decades, voting overwhelmingly in Congress in 1995 to pass a law to that effect. Their leftist buddies around the world were quiet about that vote, because they knew it meant nothing at all. Or worse, the vote itself was the biggest lie of all. What greater fealty could a politician show to the Jews than to demand the United States immediately move its embassy in the Holy Land to the Holy City?

Well, maybe not immediately. Maybe not ever. Maybe there is a little clause in the fine print that allows the sitting President to delay the move six months at a time due to security considerations. And we can safely rely on any President either being a treacherous Democrat or a cowardly Republican. And so it goes, and so it went, President after President, administration after administration.

Now that Trump moved the embassy, the lie has been exposed for all to see. Not one single Democrat member of Congress flew to Israel to attend the embassy opening. What a bunch of phony baloney hypocrites!

Their donors are not entirely stupid. They have confronted the party. Why did your people not attend? The answer is — what else? — another lie. The party tells the donors the reason Democrat members of Congress did not attend was… wait for it… the White House did not invite them! Which, as far as it goes, is the fact. The White House did not invite Democrats, because the White House was not in charge of invitations. These were handled by the Congressional delegations themselves, “CoDels” in D.C. jargon.

The CoDels were managed by Republicans, the majority party, like every other function of Congress. They invited plenty of Democrats, who all turned them down. Joe Wilson in the House personally invited more than 60 Democrats, but it was clear they had no intention of participating in any way. In effect, the Democrat members conducted a stealth boycott: don’t show up and then say you were not invited.

Puhleez! We all know that if they wanted to go, they could have made noise in advance. If the meanies in the White House were preventing those ardent Israel fans in Congress from expressing their undying love and dedication, they could have gone to the Press before the event and exposed the dirty tricks being used to keep them away.

The actual truth is this. The Democrat Party as a whole is no friend of Israel. They will vote in ways that give donors and voters an impression of solidarity, but they are part of the international leftist coalition favoring Palestinians over those nasty Jews. If Iran presses the nuclear button tomorrow and Israel is Gone With the Wind, then frankly, my dear, they don’t give a damn.