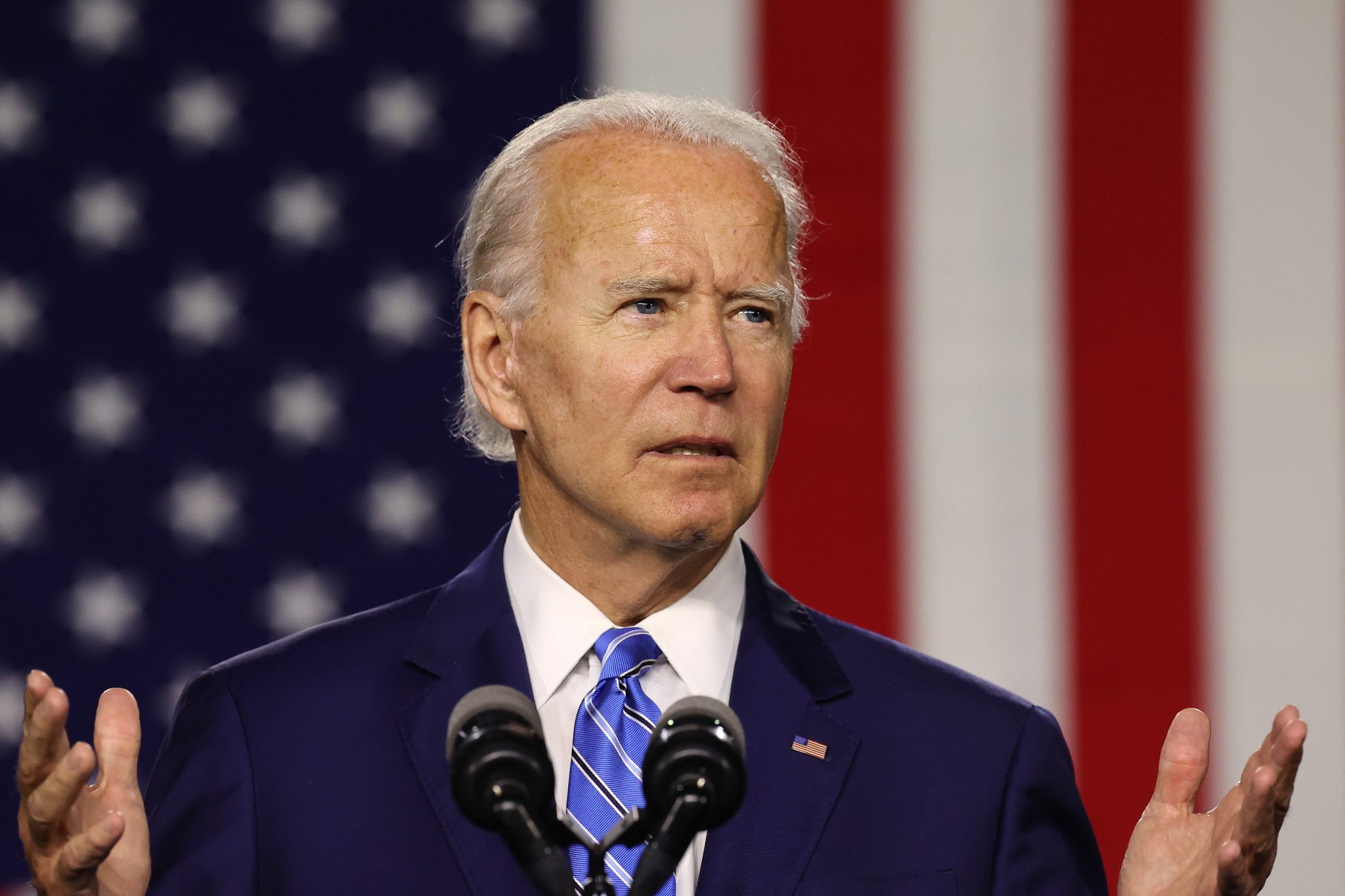 After the colossal dumpster fire that was the Democrats’ performance in the House of Representatives on Election Day, circular firing squads took aim at one another during a November 5 conference call with House members. Under the onslaught of this not-so-friendly fire, House Speaker Nancy Pelosi chastised the ungrateful whippersnappers of her party.

“This has been a life or death fight for the very fate of our democracy,” said Pelosi to her despondent colleagues in the leaked conference call. “We did not win every battle but we did win the war.”

If a student of history had been on the line, he or she might have drawn Pelosi’s attention to the Greek King Pyrrhus. During his defeat of the Romans at Asculum in A.D. 279, Pyrrhus lost his best officers and many of his troops. Afterwards, he reportedly said, “If we are victorious in one more battle with the Romans, we shall be utterly ruined.”

Thanks to Biden’s Pyrrhic victory, Democrats in the House and in state legislatures around the nation were utterly ruined in 2020. As the panic on the conference call shows, they’re worried that the same fate awaits them in the midterm elections.

They should be worried. In 2020, “wokism,” socialism, and the “Resistance” were on the ballot, and Americans firmly rejected them.

The Blue Wave That Wasn’t

According to the mainstream news media and its pollsters, the election was supposed to be a blue wave that would wash away Donald Trump and the Republicans. Pelosi and her Democratic members of the House were confident that they would expand their 232-197 lead by as many as 15 or even 20 seats. The Senate was going to flip by seven to 10 seats. Democrats were expected to make huge gains in the state chambers, into which they had poured hundreds of millions of dollars. This would be a realignment for the ages — the rise of a new, young, “progressive” Democratic Party.

None of that happened. In their Herculean efforts to help Biden win, Democrats and the media lost the American people. Even after years of relentless Trump-bashing, the president turned out to be a buoy who pulled up down-ballot Republicans. By contrast, Biden was an anchor who dragged down House, Senate, and state Democrats.

But just as Biden deserves little credit for winning, having apparently squeaked out a victory primarily because he wasn’t Trump, neither does he deserve most of the blame for Democratic losses. The real culprit is the radicalization of the Democratic Party.

On the November 5 conference call, vulnerable representatives like Abigail Spanberger — who narrowly won reelection in central Virginia — berated progressives (and, indirectly, Pelosi) for emphasizing defunding the police, the Green New Deal, Medicare for All, “transitioning” from fossil fuels, and other left-wing issues that she felt cost Democratic seats in Republican-leaning districts.

“And we need to not ever use the words ‘socialist’ or ‘socialism’ ever again,” she fumed. “We lost good members because of it.” She concluded by calling the Democrats’ campaign strategy “a failure.”

“I do disagree, Abigail, that it was a failure,” argued Nancy Pelosi. “We won the House.”

Right. If a closing pitcher gives up seven runs in the bottom of the ninth, but still manages to win because he had an eight-run lead, he’s a failure. If he keeps on “winning” like that, he’ll be out of a job.

So here’s some free advice for Democrats. Call it an intervention:

Stop using race as a weapon to divide Americans.

Don’t project your obsession with race onto the rest of us. Don’t treat minorities as if you own them. Earn their votes, don’t pander to them. Don’t tell them that they “ain’t black” if they don’t vote for you. Don’t say you’ll “never forgive them” if they vote Republican. Don’t say that Republicans “are going to put you all back in chains.” Don’t play “Despacito” on your cell phone during a speech to Latinos or tell them that you carry hot sauce in your purse. And while you’re at it, don’t accuse every white person in America of being a racist. It’s impolite, but more importantly, it’s a lie.

Democrats nominated Joe Biden because he seemed like someone who could play a moderate on TV. He could say “God bless America” without rolling his eyes or giggling. But make no mistake — progressives are the driving force inside today’s Democratic Party. In fact, Biden’s vice president Kamala Harris is one of them.

“If we don’t keep these folks engaged,” said Rep. Pramila Jayapal of Washington, co-chair of the Congressional Progressive Caucus, on the House conference call, “We will lose again in 2024, and we may lose again in the next midterm.”

While Jayapal is correct that “woke” politics excites the base, she’s nuts if she thinks it will win over the average voter. Most Biden voters picked him despite radical Democratic proposals, not because of them.

Maintaining law and order should be job No. 1 for any serious political party. Instead, Democrats looked the other way while crime skyrocketed and Democratic-run cities burned. As millions of black and Hispanic citizens around the nation called for more policing, not less, progressive politicians vilified police, bailed out or didn’t charge rioters, and dismissed Antifa as an “idea.” In New York, Chicago, Minneapolis, Atlanta, and dozens of other cities, hundreds of police officers have retired or quit in the wake of assaults on them, combined with an absence of political support. Democrats might want to start prioritizing the rights of ordinary citizens, cops, and victims over those of felons and rioters.

Democrats need to reject the rise of anti-Americanism among their ranks. With Trump’s election, patriotism became “problematic” for Democrats. Athletes began kneeling during the National Anthem. Statues of the Founders and others were defaced and torn down. Protesters at BLM and Antifa rallies routinely burned and trod upon American flags. It’s as if Howard Zinn, Noam Chomsky, Ta-Nehisi Coates, and Greta Thunberg are in charge of the Democratic party platform. Maybe Democrats should try loving America for what it is, not what it might be after the fourth five-year plan in some future socialist government.

Stop trying to silence the opposition.

For four years, corporate media, social media sites like Facebook and Twitter, and Democrats have colluded to ban or stigmatize traditional, religious, classically liberal, or conservative viewpoints and people. Democrats dismiss such opinions and people as “hateful,” “racist,” “white supremacist,” or “fascist.” Other verboten opinions are not offensive per se, but damaging to the interests of the Left (see Hunter Biden and his “laptop from hell”).

Here’s an idea Democrats might try: Defend the First Amendment rather than constantly looking for ways to thwart it. (Are you listening, President Obama?) Don’t cancel, censor, gaslight, or block people or ideas that offend you. No country can remain united and prosperous for long if one of its two political parties views half the population as fascists or deplorable racists who must be silenced.

It’s time for Democrats to disband the toxic “Resistance” movement that has hijacked their party. The day after Trump won in 2016, the media immediately turned him into Orange Hitler. In response, many progressive Democrats joined the “Resistance.” Resisters wanted to punch Nazis, and Nazis were everywhere. Conservative speech made them feel unsafe; in fact, it was violence. Silence, too, was violence. Meanwhile, actual violence on behalf of progressive causes was protected speech. Rage, self-righteousness, and intolerance replaced decency and kindness.

Pro tip, Democrats: Start treating ideological opponents with respect and stop demonizing them — or, worse, assaulting them. You have a monopoly on the media and academia, but you don’t have one on truth and morality.

Will Democrats heed my advice? Doubtful. A knavish speech sleeps in a foolish ear, as Hamlet says. But since a non-insane opposition party is vital for a functioning democracy, I hope they come to their senses. If not, Pyrrhic victories will soon give way to good old-fashioned, crushing defeats.