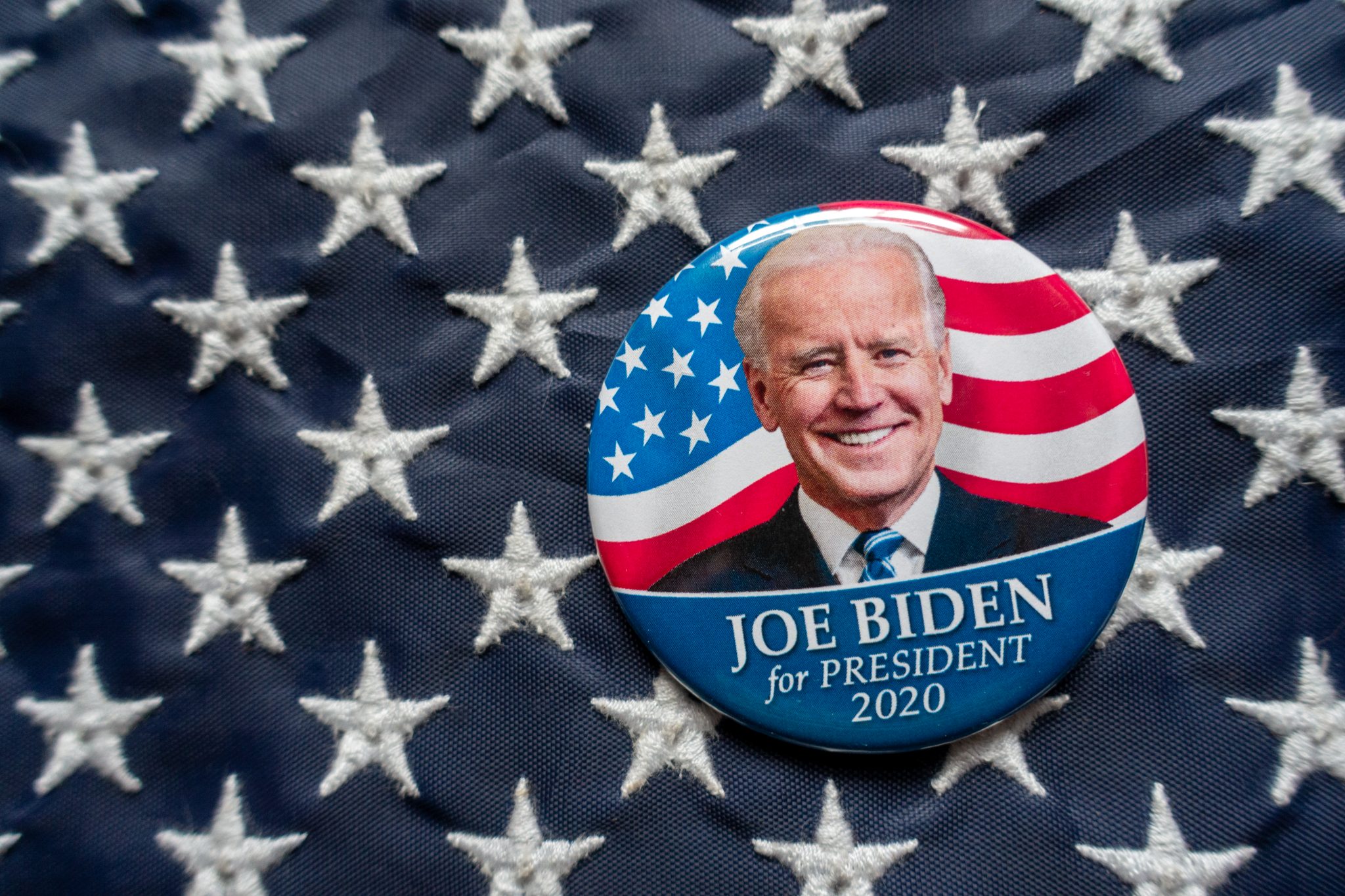 Controversy swirls around Joe Biden. A laptop owned by his youngest son, Hunter, left at a computer shop in Delaware, is loaded with problems for the presidential hopeful. Giuliani broke the story to the Daily Caller. Here’s what is known so far:

A little history lesson is in order here as things unfold:

Joe Biden’s family has a sordid history of bad behavior and getting away with it. The New York Post had a nice wrap-up of the Biden family saga here:

This doesn’t include Hunter’s crack pipe left in a rental car or his impregnating a stripper and then denying paternity and then being forced to pay child support.

Most importantly, that doesn’t include being charged for the scandal that landed his former business partner in prison. New York prosecutors failed to charge Hunter in the scheme that investigative reporter Peter Schweizer says has “Hunter’s fingerprints all over” it:

I mean, to take, for example, Ms. Baturina, the Russian oligarch links to organized crime that the Senate sent $3.5 million based on Treasury Department documents, we will be rolling out a story in a couple of days demonstrating that their relationship, meaning Hunter and Devon Archer’s relationship with Elena Baturina, goes way back and they were performing a number of banking and other financial services for her, services that they had trouble doing, by the way, because several banks did not want to work with her because the money was seen as dirty.

You can read supporting evidence from Sens. Chuck Grassley and Ron Johnson in their 87-page report below. As Schweizer says, though, there are more documents not named in the New York Post article or in the senator’s report that indicate even more corruption by the Biden family by way of Hunter to Joe Biden.

The above are just the criminal charges that magically were resolved with no jail time. Then there’s the personal drama. Joe Biden’s eldest son Beau tragically died of brain cancer in 2015. He was a rising political star and, by media accounts, a good man. After his death, Beau’s wife Hallie started a relationship with still-married Hunter Biden. They announced their relationship in March 2017. Hunter was estranged from his wife, Kathleen, who accused him of wasting the family’s money on drugs and hookers. This charge was obviously true.

While Hunter’s divorce from Kathleen didn’t finalize until 2017, Hunter and Hallie were a couple until April 2019. Joe and Jill Biden were on the record as being “fully in support” of the relationship between Beau’s grieving wife and their married son, Hunter.

In August 2018, the baby that came of his union with a D.C. stripper Lunden Alexis Roberts was born. Roberts and Hunter’s baby live in Arkansas.

In May 2019, days after breaking up with Hallie Biden, Hunter married Melissa Cohen, six days after he met her.

While Hunter Biden’s personal life was a mess, he was a busy business guy trading on his father’s name.

In May 2017, emails between Hunter Biden and Chinese Energy businessman Ye Jianming give details of a business agreement that includes kickbacks to “The Big Guy,” which refers to Joe Biden:

A photo from August 2017 appears to show a flowchart of the ownership of Hudson West which is split equally between Hunter Biden and ‘Chairman’.

Credit cards issued against the account were used by Hunter, his uncle James and James’s wife Sara.

They purchased more than $100,000 worth of items including airline tickets, Apple products, hotel and restaurant bookings, according to the report released by Sen. Ron Johnson (R-Wis.) and Sen. Chuck Grassley (R-Iowa).

That was all after Joe Biden left office.

The deals with Burisma happened while Joe Biden was in office. The New York Post reported (and has been quashed by all social media companies, including Twitter and Facebook) the following:

“Dear Hunter, thank you for inviting me to DC and giving an opportunity to meet your father and spent [sic] some time together. It’s realty [sic] an honor and pleasure,” the email reads.

An earlier email from May 2014 also shows Pozharskyi, reportedly Burisma’s No. 3 exec, asking Hunter for “advice on how you could use your influence” on the company’s behalf.

This story is only beginning to unfold. What is established so far, though, is a family that is corrupt. Not only has presidential hopeful Joe Biden lied to the American people about his connections to foreign bad actors, he also benefitted financially from these connections.

Moreover, Hunter Biden’s personal issues with drugs, strippers, dating, marriage, divorce, and now inappropriate images on his computer create a situation in which Joe Biden, and therefore the United States, is vulnerable to blackmail and manipulation. Furthermore, if Joe Biden knew that Hunter acted in an illegal and inappropriate way with a minor but protected Hunter rather than the child involved, what does that say about the vice president’s moral compass?

Joe Biden is also connected financially to the Chinese government and to the Russian-friendly oligarchs in Ukraine. Joe Biden is compromised.

It’s a measure of how damaging and serious this story is that the mainstream media is attempting to paint the sordid mess as some sort of Russian disinformation. That theory has been actively smacked down by Director of National Intelligence John Ratcliffe. The computer exists. It’s loaded with incriminating emails and images.

What’s unclear is why the FBI has sat on this information. Perhaps there’s a criminal investigation? Perhaps the computer was “insurance” for a government agency that likes to keep American presidents in their place? What is clear is that the very thing the Democrats accused President Trump of doing, the Biden family actually did. It’s a farce. Remember, in February 2020, Nancy Pelosi and the House were impeaching President Trump for supposed impropriety for investigating this corruption in Ukraine. Did Nancy Pelosi know about the Hunter Biden laptop in February? Was she using the impeachment hoax to cover actual criminal behavior by a Democrat?

Another question raised: There’s a rumor that Nancy Pelosi knew of this computer and was supposedly given the contents by the Chinese government earlier in summer 2020. Is her talk of the 25th Amendment about forcing a potential President Joe Biden to resign under the guise of health problems to make way for Kamala Harris?

Speaker Pelosi introduces legislation to establish a commission on the 25th Amendment: “This is not about President Trump. He will face the judgement of the voters. But he shows the need for us to create a process for future presidents.” pic.twitter.com/06vzxFN0It

The picture this story paints is one of graft, corruption, and the Democrat way of governance. Far from being the nice old grandpa as he’s portrayed in the media, Joe Biden is a 47-year on-the-take politician with criminal misjudgment and a family that makes him vulnerable to outside influence.

It is still not known how much money Joe Biden has received through Hunter’s creative business deals. It is still not known how the influence-peddling and buying affected policy and privileges for both the Russians behind the Ukrainian oil company and the Chinese government. And if the Chinese do have all this information, and Nancy Pelosi has this information, how does this affect the policy actions of the Democrats in the House and, if Biden is elected, the White House?

In July 2019, before the laptop was in the hands of the government, and before more detail was known, a New Yorker investigative report asked, “Will Hunter Biden Jeopardize His Father’s Campaign?” At that point, the concern was a 2.8 carat diamond, a gift from the above-mentioned Chinese oil executive, Ye Jianming (who was arrested in 2018 in China and hasn’t been seen since), that found its way into Kathleen and Hunter’s divorce documents. The piece begins talking about the Biden family campaign launch:

Onstage at the rally, Jill Biden introduced her husband. “The Biden family is ready,” she said. “We will do this as we always have — as a family.” Seated in white chairs to the side of the stage were Ashley Biden, Hunter’s half sister; Ashley’s husband, Howard Krein; Beau’s children, Natalie and Robert Hunter; Hunter’s three daughters, Maisy, Finnegan, and Naomi; and Naomi’s boyfriend, Peter. The last seat in the row, with a piece of paper on it that said “Reserved,” remained empty.

Diamond aside, though, Biden continued working with Ye, negotiating a deal for CEFC to invest $40 million in a liquefied natural gas project in Louisiana. The deal eventually fell through when Ye was detained by Chinese authorities in 2018 in what was reportedly an anti-corruption charge. Biden maintains that Ye was not a “shady character” and chalked up the situation to “bad luck.”

The “bad luck” landed Hunter Biden’s business partner in jail. Hunter Biden, and the Biden family, look more like a crime family who’ve had extraordinary good luck. The computer repairman who now owns the computer thanks to a drug-addled Hunter forgetting or just being too lazy to pick it up fears for his life. Considering the Bidens’ penchant for avoiding consequences and considering how Joe Biden has blithely ruined other people’s lives, including the man involved in his wife’s car accident and the man whose wife he stole, the computer repairman is right to be worried.

There’s a reason Joe Biden called a lid at the beginning of the week. His luck has finally changed.