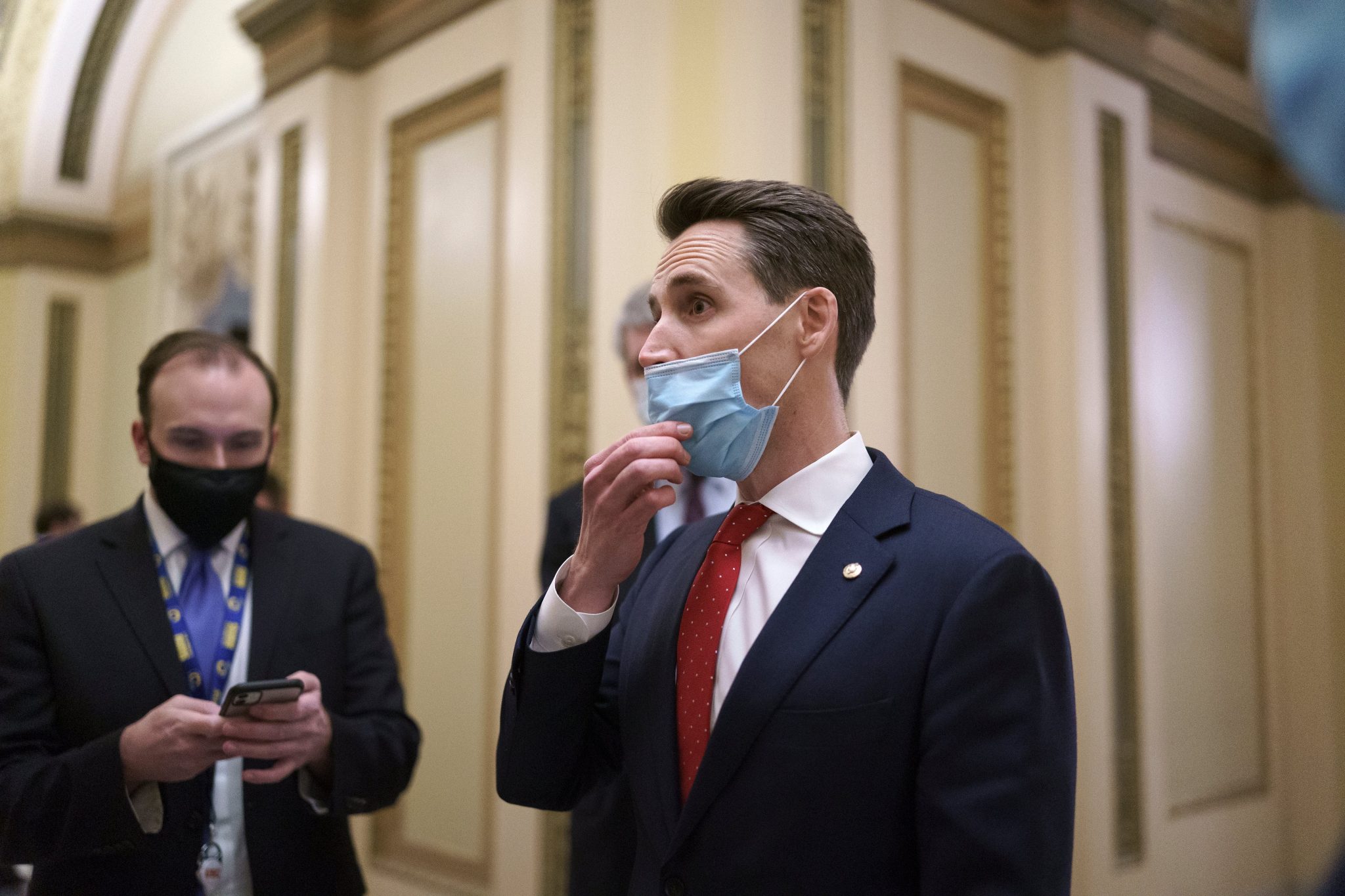 If you aren’t worried about the heavy-handed and histrionic reaction by the Democrats to the recent “insurrection” at the Capitol, including the farcical second impeachment of President Trump and the increasingly irresponsible use of words like “seditious” and “treasonous” to describe Republicans, you should be. Every authoritarian seizure of power since the Athenian coup of 411 BC by a small cadre of oligarchs was ostensibly meant to save “the people” from some manufactured crisis or wildly exaggerated threat. If you don’t think the January 6 mayhem in Washington falls into the latter category, look at its description at Wikipedia, where it’s listed under “Coups and attempts since 2010.”

If listing the January 6 mayhem in this category seems ludicrously excessive, it’s a model of judicious circumspection compared to the absurd portrayals of the incident by the Democrats. Not satisfied with impeaching President Trump for “inciting violence against the Government,” despite countless videos of him urging the protesters to march “peacefully and patriotically,” Democrats like Rep. Jerrold Nadler (D-N.Y.) have also insinuated that GOP representatives were in league with the barbarians at the gate and even helped them to break into the Capitol building: “Their accomplices in this House will be held responsible.” Rep. Mikie Sherrill (D-N.J.) got even creepier with this minatory video:

Conveniently, Rep. Sherrill fails to share how exactly she knows the January 5 visitors to the Capitol were conducting “reconnaissance for the next day.” Is she clairvoyant? There is no evidence that any Republican member of Congress assisted anyone to enter the building on January 6. The only people known to have provided access to the building were the Capitol police shown in this video. In reality, the members of Congress whom Nadler and Sherrill want to “hold accountable” are the Republican representatives who objected to presidential electors they believe were illegally certified by Democratic officials in several important swing states. Nadler and Sherrill imply that such objections are somehow seditious.

One of the first Democrat targets was freshman Rep. Madison Cawthorn (R-N.C.). At 25, Cawthorn is one of the youngest people ever to serve in the U.S. Congress. But because he is an unabashed conservative who compounds this thought crime by joining 120 other House Republicans in objecting to the certification of the Biden electors from Arizona and Pennsylvania, he has been declared anathema by the Democratic Party. In fact, a group of North Carolina Democrat activists have written to Speaker of the House Nancy Pelosi requesting “action to address the seditious behavior of our newly elected Congressman, Madison Cawthorn, on or before the insurrection of January 6, 2021.”

These North Carolina Democrats are by no means outliers. Democratic Rep. Cori Bush (D-Mo.) has demanded far more comprehensive action. Last week, she introduced a resolution calling for the expulsion of all 121 Republican representatives who objected to certain slates of Biden electors: “Republican members of Congress who have incited this domestic terror attack through their attempts to overturn the election must face consequences. They have broken their sacred Oath of Office.” The Hill reports, “Sen. Joe Manchin (D-W.Va.) said the Senate should consider removing Sens. Josh Hawley (R-Mo.) and Ted Cruz (R-Texas) via the 14th Amendment over their objections last week to the Electoral College results.” Manchin said the following:

I’m totally convinced it was done because of political reasons.… This was calculated … I believe that all my colleagues truly made a decision that was politically best for them and expedient for them. It was not what they believed to be true or false.… I looked at Josh, and I said, “Josh, you have a right to do what you’re doing, but think of what’s happening, what you’re seeing on the monitors. Think about, basically, our country” … There wasn’t much conversation back and forth on that. He listened to me, and I could tell it was weighing on him, and I was hoping that we were able to maybe change his mind to go up there and stop his objections.

Manchin’s alleged discussion with Hawley is passing strange from a constitutional perspective. If the senator from West Virginia believed his Missouri colleague was guilty of violating the 14th Amendment, why would he tell Hawley, “Josh, you have a right to do what you’re doing”? The reason the Democrats keep yammering about the 14th Amendment is connected with their constitutionally illiterate claim that challenging a slate of electors is somehow seditious. Section III of the 14th Amendment bars anyone guilty of insurrection against the United States from serving in the Senate. If Hawley does “have a right” to object, as Manchin allegedly told him, on what basis should the Missouri senator be removed?

The answer is that neither Hawley nor Cruz can be removed. Nor can Rep. Cawthorn or any of the House Republicans who objected to the electors of Arizona and Pennsylvania. Why? They haven’t violated any constitutional amendment or federal statute. The 147 members of Congress who objected to Biden electors were bound to do so by their oath of office because they believe those electors were unlawfully certified. The people we need to be concerned about are the cynical Democrats, who, based on their ignorance of the Constitution and their desire to crush all dissent, want to remove these honest public servants from office. It is their unquenchable lust for unfettered power that we need to worry about.