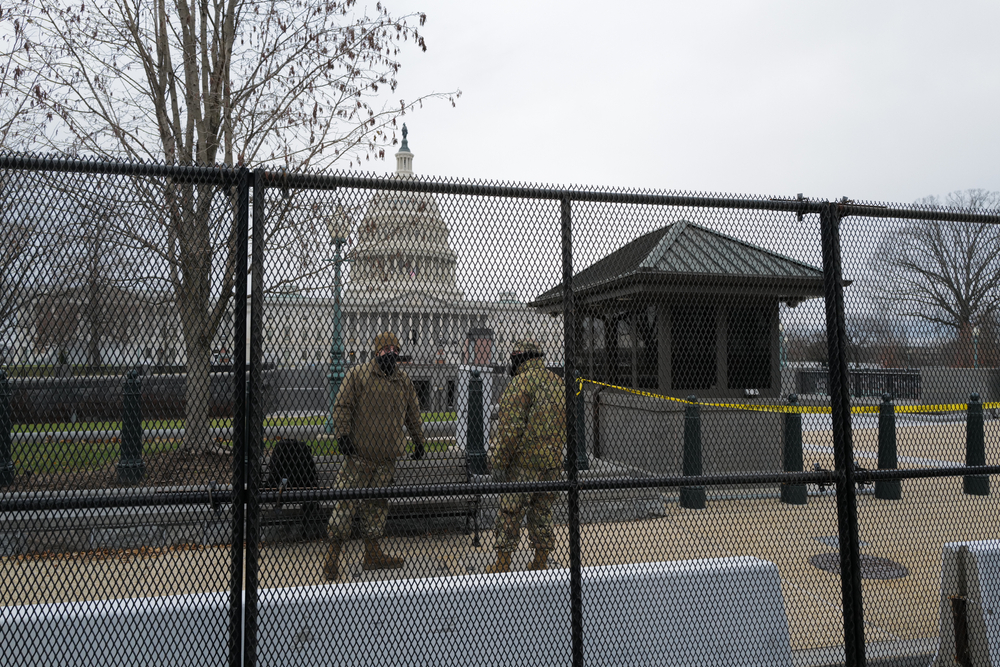 The most recent Gallup survey on media credibility found that the percentage of Americans who trust the Fourth Estate “a great deal” is 9 percent. Assuming that this abysmal showing doesn’t constitute some perverse source of pride in America’s newsrooms, an honest self-examination of their coverage concerning Wednesday’s mayhem on Capitol Hill would be a good way to begin rehabilitating their reputation. Their response to that utterly predictable event was both monolithic and moronic. That they are guilty of both charges can be validated by typing “insurrection” into Google and searching News. This word is used—fallaciously—in countless headlines about an event that didn’t remotely justify such a description.

As to the Democrats who were on House floor when the public had the temerity to enter the public gallery, they scattered like so many terrified cockroaches.

Newsday keeps it simple: “Trump’s Insurrection.” The Atlantic insists, “Republicans Own This Insurrection.” The Washington Post asks, “Why weren’t officials at the Capitol more prepared for this insurrection?” AP hits the racism angle: “Race double standard clear in rioters’ Capitol insurrection.” ABC offered, “Insurrection marks moment of reckoning for Republicans.” CNN declared, “Insurrection fueled by conspiracy groups, extremists and fringe movements.” The Wall Street Journal intones: “Insurrection Demands Forceful Response.” One could easily churn out 850 words by simply cutting and pasting more of this balderdash, but it wouldn’t explain why these “journalists” don’t know the definition of “insurrection.”

It is hardly a new addition to the lexicon, yet the term is evidently new to most of these people. More importantly, it is absurd to claim an insurrection occurred Wednesday in Washington. The legal definition of the word is, according to 18 U.S. Code § 2383, “rebellion against the authority of the United States or the laws thereof.” If this isn’t clear enough, we have had genuine insurrections in this country. The most obvious example began in 1861, when 11 Democrat-controlled states launched a military rebellion that got 600,000 Americans killed and took 4 years to put down. A more sensible description is provided by David Post of the Cato Institute, a former professor at Beasley School of Law at Temple University:

Although many commentators are using the term “insurrection” to describe yesterday’s events … To my ears, “insurrection” connotes that someone has a plan. It may not be shared by others, and it might not even make a lot of sense; but once the gates are stormed, someone has a step 2: Take over the TV station, or run the new flag up the flagpole, or take opponents into custody (or shoot them on sight), or issue a declaration, … Something. From what I could see, it didn’t look like anyone (let alone the collective) had a plan yesterday for their assault on the Capitol.

In other words, Wednesday’s debacle was what sometimes happens when thousands of angry people converge in one place, there is a specific group of nearby malefactors against whom the crowd has multiple grievances, and the guards charged with protecting those malefactors inexplicably welcome the crowd into their midst. If there is anyone left who doubts that the Capitol police opened the doors to them, watch this video (until our Silicon Valley masters censor it). The final ingredient for any riot is the ever present rabble rouser. Despite mendacious reporting by the media, there is plenty of evidence that Antifa agitators infiltrated the rally, as eyewitness Antonio Chaves writes at the American Thinker.

I have no doubt that dozens and possibly even hundreds of Antifa and/or other provocateurs infiltrated the rally in order to carry out violent acts and suck impressionable Trump supporters into their antics.… The only destruction of property I witnessed first-hand was an Antifa infiltrator breaking a window, only to be forcibly pulled away by Trump supporters.… Some of the more impulsive Trump supporters fell into a trap that served to scapegoat both the Trump administration and the 99.9% of rally participants who neither condoned nor participated in any of the violence.

But Mr. Chaves is a mere voter describing what he saw with his own eyes. Most of the “reporting” that has dominated the media about the Wednesday’s pandemonium is being done by journalists who were not there or who hid under desks and in closets when actual voters were welcomed into the building by Capitol police. As to the Democrats who were on House floor when the public had the temerity to enter the public gallery, they scattered like so many terrified cockroaches. Only when they were assured that the building had been cleansed of the hoi polloi did they have the courage to return, begin braying about the sanctity of “the people’s house,” and claiming the President had incited an insurrection.

Now, in an apparent effort to render themselves more ridiculous than ever, the Democrats want to impeach Trump again — less than two weeks before his term ends. Of course the media picked up that tune immediately. Time insists, “We Must Impeach Donald Trump Again.” The Atlantic demands, “Impeach Trump Again.” The Boston Globe brays, “Impeach Trump Again. Now.” The Washington Post chimes in: “Impeach him again.” Why? Because he incited “insurrection,” a word most of these people evidently haven’t bothered to look up in a dictionary. This is obviously why only 9 percent of Americans trust the media. The Fourth Estate has clearly been overrun by poseurs and pompous fools.