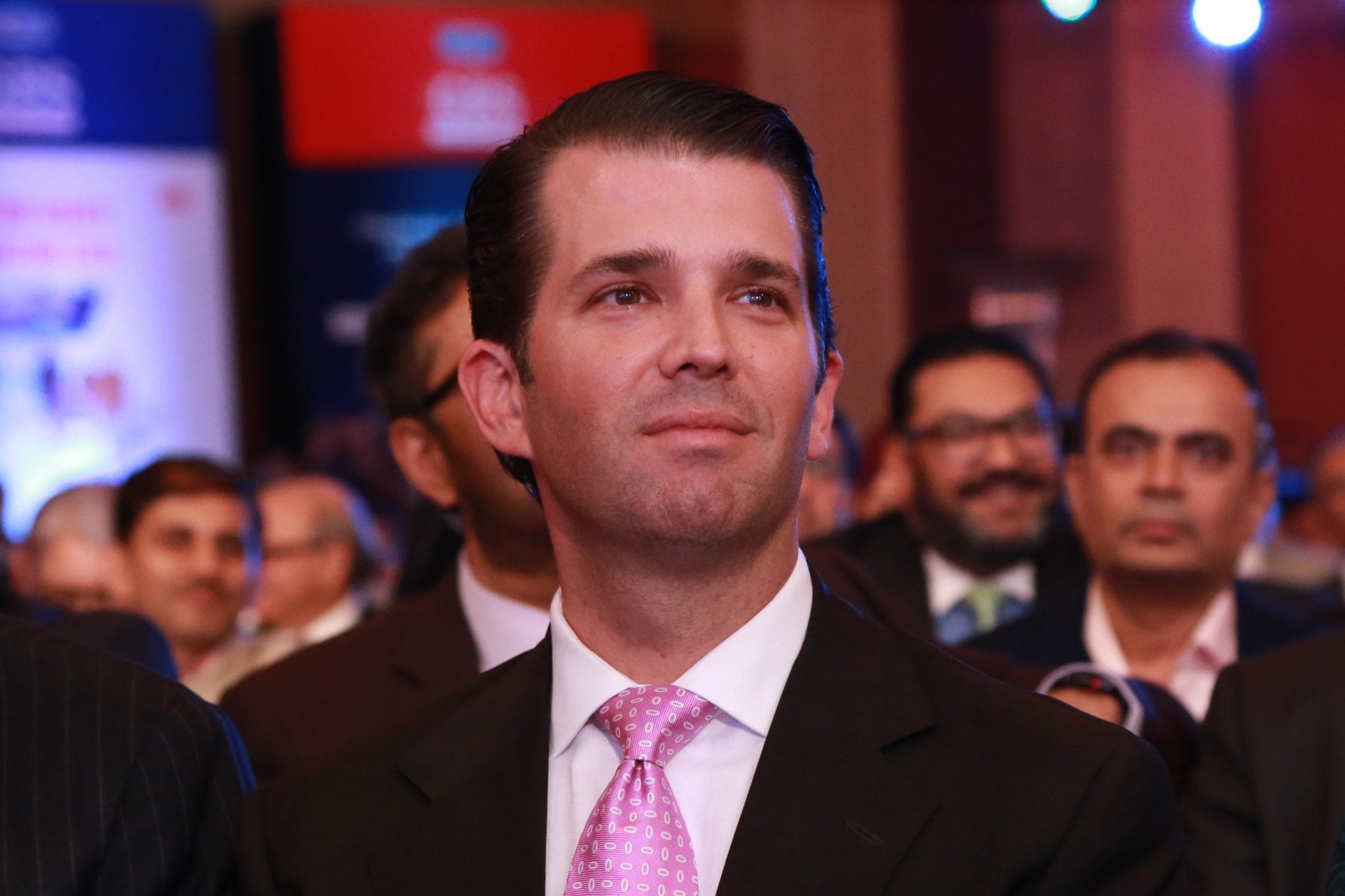 Donald Trump Jr. outed Eric Ciaramella as the whistleblower this week as much as I presently out Mark Felt as Deep Throat. But it advances the narrative to say that he did, so fake news — an apt if overused description for outlets that do not let facts get in the way of a good story — report that he did.

“I cannot express the horrifying impact of @DonaldJTrumpJr and @BreitbartNews to expose the whistleblower for pure retribution,” reporter Kurt Eichenwald tweeted. A Vanity Fair headline read, “Of Course Donald Trump Jr. Outed the Alleged Whistle-Blower.” Even a Drudge Report headline screams, “Junior Outs the Whistleblower.” That another Drudge headline, “Report: Whistleblower Exposed,” preceded it by more than a week rebuts the notion that Trump Jr. outed anyone.

Trump Jr. tweeted a headline, “Alleged ‘Whistleblower’ Eric Ciaramella Worked Closely With Anti-Trump Dossier Hoaxer,” of a story appearing on the 68th most-read website in the United States, Breitbart, which generates more traffic than the Washington Post, Politico, or the Daily Beast. In other words, Trump tweeted material not only already in the public domain but also appearing on one of the most widely read news sites in this country. Beyond this, the Breitbart story appeared a week after Paul Sperry of RealClearInvestigations wrote this October 30 piece — itself preceded by tweets and blog posts identifying the whistleblower — that points to Eric Ciaramella, a 33-year-old CIA analyst, as the government worker who alleged criminal wrongdoing by Trump to Adam Schiff’s staff.

The Sperry piece generated a massive amount of discussion. This column focused on it, and the bizarre taboo on saying the words “Eric Ciaramella,” a week ago. Rush Limbaugh, the most listened-to voice on the radio airwaves, similarly mentioned Ciaramella. “There have been all kinds of publications that have mentioned the whistleblower’s name,” he explained earlier this week. “He has been outed by any number of conservative publications. His picture has been published. He’s known. Everybody knows his name! But look, everybody’s still talking like the guy hasn’t been outed, like the guy hasn’t been identified. He has been. But where? See, until the mainstream media does it, it hasn’t happened! See how this works?”

Atop feigning that the president’s namesake revealed Ciaramella as the leaker, the narrative maintains that naming a whistleblower violates not only law but also morality. Whistleblower statutes protect government workers from repercussions. They do not command journalists, or even most members of the government, to provide them anonymity. Even NPR affirmed that the president publicizing the whistleblower’s identity would not constitute a crime. “Similarly,” NPR continued, “if a news outlet, member of Congress or member of the public outed the whistleblower, legal experts said, no criminal law would be violated.”

The Constitution, silent on the matter of whistleblowers, speaks clearly that “the accused shall enjoy the right … to be confronted with the witnesses against him.” Whether this extends beyond criminal trials to impeachment trials remains open to debate. But in hiding the key witness — the guy who catalyzed the entire crisis — Democrats obstruct justice. As Devin Nunes explained to Tucker Carlson Wednesday night, the whistleblower’s charges represent “hearsay from a supposed somebody who we’ve never met.”

Why does Adam Schiff not want us to meet the whistleblower? Why did Twitter suspend Donald Trump Jr.’s account on Wednesday for mentioning his name? Why do news outlets claiming that “democracy dies in darkness” keep the democracy in the dark about Eric Ciaramella?

Because the Trump White House deported him back to the CIA in 2017 when officials suspected that he leaked information for the purpose of damaging the president, because he worked for Joe Biden, John Brennan, Susan Rice, and others committed to removing this president from office, because, as Mike Cernovich wrote more than two years ago, “Ciaramella helped draft Susan Rice’s anti-Trump talking points before the Inauguration,” because Ciaramella invited Ukrainian-American activist Alexandra Chalupa, who tried to dig up dirt on Trump abroad in 2016, to the White House, and because a dozen or more other reasons.

The president’s antagonists do not want us to know the whistleblower’s name because his identity reveals him not as a whistleblower but as an antagonist. Removing his anonymity poses a threat not to Ciaramella but to the project, termed a “coup” by his attorney two years ago, he joined to remove the president by any means necessary.