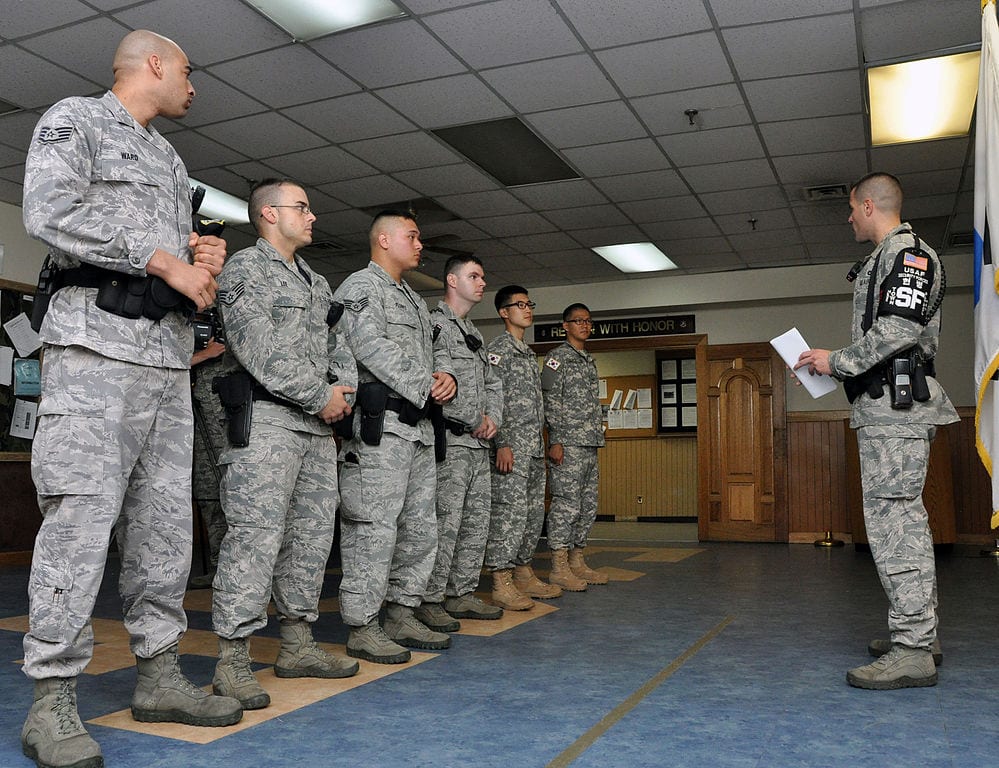 The same pols who say that America can’t afford Trump’s proposed wall have spent lavishly on the protection of borders outside the country. Every year they give billions of dollars to governments across Asia, Africa, Europe, the Middle East, and Latin America. That American largesse, combined with the astronomical costs of U.S. military protection, allow those countries to seal off their borders. Meanwhile, America’s southern border remains largely unprotected and pols pretend they lack the funds to address the crisis. As President Trump put it in his inaugural address, “We’ve defended other nations’ borders while refusing to defend our own.”

Compared to the trillions America has spent in the Middle East, Trump’s proposed wall represents a minor expenditure. Or take the billions of dollars spent year after year protecting South Korea from North Korea. Somehow Washington can find the money to pay for thousands of soldiers to man borders at the other end of the world. But America’s own border with Mexico? No, protecting that is unthinkable, claim pols. The wall is too “expensive,” says Chuck Schumer. This is the same senator who turned up last year at a “Global Citizen Festival” in Central Park to decry proposed cuts to the “international affairs budget,” insisting that America could afford to send money to “all corners of the world.”

The price of Trump’s wall is pocket change next to the foreign aid budgets Washington has treated as untouchable for decades. Even the most outlandish estimate of the wall’s costs pale in comparison to the money squandered on countries that hate us. Trump wanted $18 billion or so for the wall. America’s recent misadventures in the Middle East have cost around $6 trillion.

Even as it tells the American taxpayer that his own security is too costly, the political class dips into his pocket to pay for border guards abroad. It yawns at proximate threats to American national security, while rushing to stave off the most distant ones. According to the Department of Defense, the American military has roughly 28,000 troops in South Korea and almost 50,000 in Japan. The U.S. military has bases all over the place, from one end of the earth to the other. And that’s regarded in Washington as unremarkable. But the moment Trump proposed the wall, Washington suddenly turned stingy.

Democrats and liberal Republicans who have never seen a foreign aid bill they couldn’t support have joined Schumer in crying poverty. It is an “expensive joke,” huffed Dick Durbin, another senator famous for his financing of flaky foreign aid. Indeed, almost all of the opponents of the wall simultaneously argue that foreign aid is sacrosanct. Just last year they were complaining that even a small reduction in foreign aid was intolerable. “The slashing of the foreign aid budget would be a horrible thing,” said Senator Tim Kaine, one of the loudest opponents of Trump’s wall.

Much of this foreign aid isn’t even remotely connected to America’s security. So the opponents of Trump’s wall find themselves in the ludicrous position of saying that subsidizing the countries of sub-Saharan Africa is more essential to America’s vital national interests than a secure border with Mexico. They can’t find the money for the wall, but they can find almost half a billion for Zambia.

Foreign aid is largely a welfare program for tyrants. The benefits of it to the American taxpayer are nil. But the benefits of a southern border wall are immediate and obvious, and it may end up paying for itself in diminished social costs. Leave it to Washington to be penny wise and pound foolish. It won’t finance the core functions of government even as it allocates more and more money for imaginary ones.

Trump’s critics like to call themselves the “adults” in Washington, but if so they seem to have the parenting skills of Dickens’ Mrs. Jellyby. In the bleak house over which they preside, they spend money on everything but a front door.