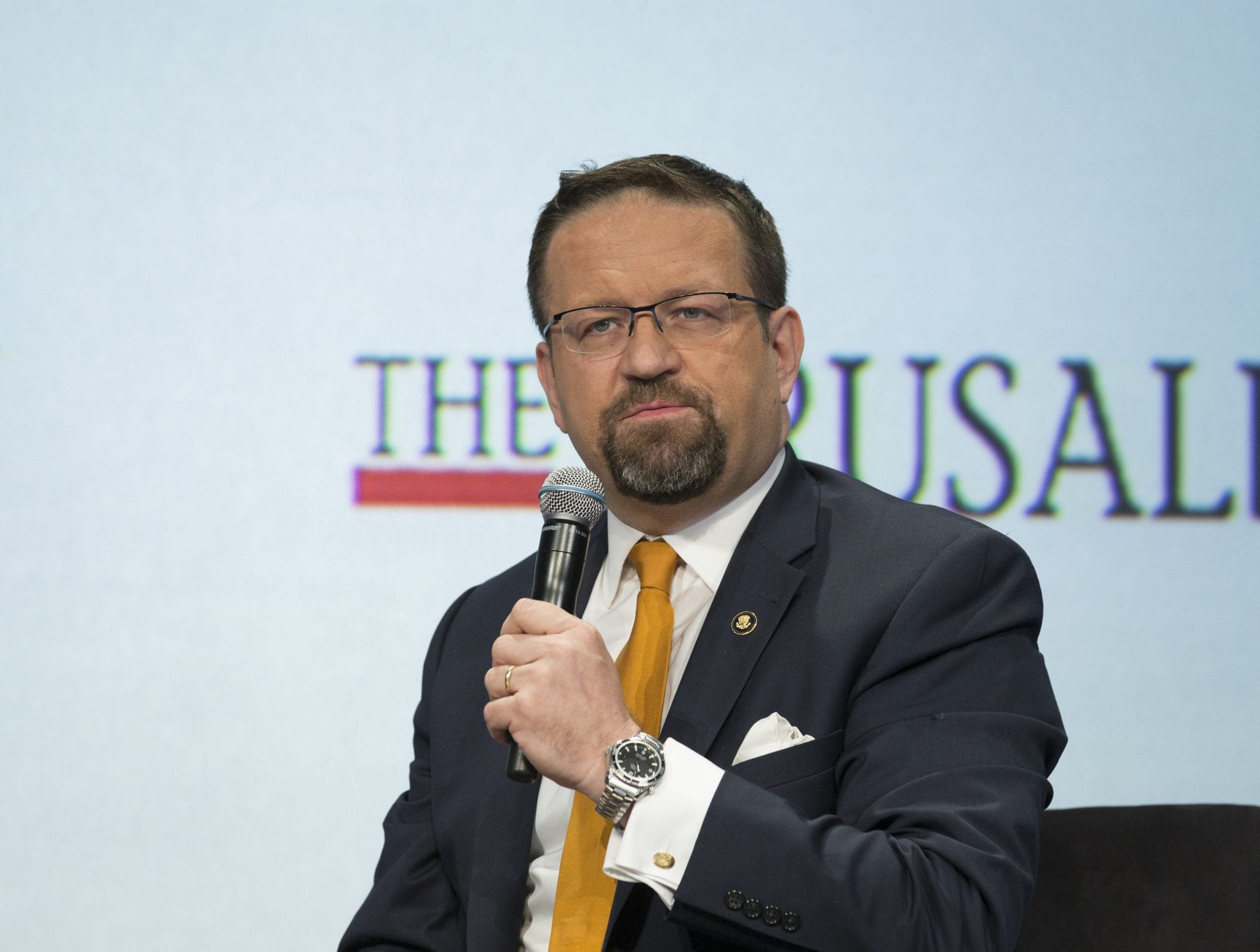 I got into a Twitter war with radio talk show host Sebastian Gorka last week. It began when Gorka crowed about Playboy White House correspondent Brian Karem having his White House press pass suspended for 30 days because of his lack of “decorum” at a White House event.

For those of you not tethered to the realm of shallow stories with no purpose other than to incite umbrage on social media, the tale began with a White House social media summit, followed by a July 11 Rose Garden event at which President Donald Trump spoke.

I rushed off to file a story as soon as the event ended, so I missed the fireworks that followed. Karem made a nonsensical wisecrack that he claims was part of his stock Rodney Dangerfield impression, about those seated before him: “This is a group of people that are eager for demonic possession.”

From somewhere in the Rose Garden, Gorka started shouting, “And you’re a journalist, right?” as he approached Karem.

Karem responded, “Come on over here and talk to me, brother. We can go outside and have a long conversation.”

Gorka took that invitation to be “threatening” — but Karem did not have an aggressive posture during the exchange. Karem later maintained he just wanted to talk. As for Gorka, he was shouting in Karem’s face and calling him a “punk.”

On August 2, Press Secretary Stephanie Grisham informed Karem she was suspending his hard pass for 30 days because of his behavior.

I’ve told Karem I think he should apologize for the “demonic possession” crack. There was a time when a good apology should have defused the tension and taught everyone a lesson on civility.

Gorka should apologize as well — for being the short fuse looking for a match in the Rose Garden.

He abused White House “decorum” standards, such as they are. Twice. When Voice of America News’ Steve Herman asked Gorka why Gorka blocked him on Twitter, Gorka called Herman a name my editors prefer I not use in this space. In the Rose Garden.

Gorka had written, “If faux-journalists who act like drunken sailors and dive bar punks, like Brian Karem, actually showed some decorum in the White House, perhaps they wouldn’t get suspended you hack, @jonkarl.”

“Your behavior in the Rose Garden that day was hardly a mark of decorum,” I responded. Fighting words, apparently.

Gorka promptly dismissed me as a “punk journalist,” informed me I never would be a journalist and recalled my lack of decorum when we first met.

That would be in the time I saw Gorka — who worked in the administration briefly — leaving the White House and asked him questions about Trump’s first trip abroad. He stated that he was a human being, and the media should be more sensitive about his feelings as such.

There had been recent media reports that he was about to be fired from his White House perch. I figured he thought I was going to ask him about whether he was going to be fired. Truth is, I don’t go for palace intrigue stories. Besides, I saw his job security, or lack thereof, to be of zero interest to Las Vegas Review-Journal readers. I wanted to know about Trump’s trip.

So even as he shouted at me for asking a foreign policy question, I reacted with empathy.

Back to Twitter and the point of this column. When I spoke back to Gorka, he blocked my account, as his followers dutifully branded me a liberal-activist journalist and shared their opinions on my 64-year-old appearance. Some even referenced my private parts.

The irony: Like Gorka, his groupies, who frame themselves as arbiters of real journalism, didn’t bother to fact-check their assumptions. They assumed I was a liberal, and they didn’t check so they never learned how wrong they are.

Gorka had blocked my Twitter account — which meant I could not see his tweets about me. Then he unblocked me and read the tweet I had posted on his followers’ factually challenged assertions and the crude personal remarks directed at me. Then he blocked me again, but first he tweeted.

Mr. Decorum’s reaction? A gentleman’s apology for crude words which he did not condone? Some recognition that some of his clueless furies had gone too far? Hardly.

Gorka likened me to the Nazis. “So you’re applying the ‘collective guilt’ principle? The one the Third Reich made famous? Classy move,” Gorka typed.

We cross-tweeted for the good part of a weekend. Then we met for lunch, argued some more, and shook hands.

Gorka? Perhaps as the result of complaints lodged his way, he deleted his tweets about me with no fanfare or explanation. Decorum.